Disclosure: This recipe for Chicken, Black Bean and Corn Burritos was developed in collaboration with Toufayan Bakeries, who sponsored this post. As always, all opinions remain my own. Thank you for supporting the brands that help make this blog possible! 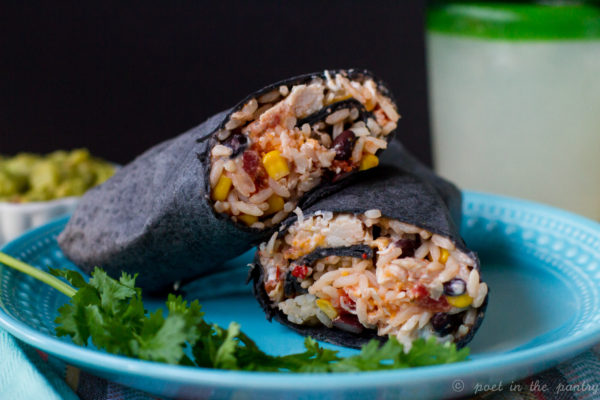 As a parent, I occasionally find myself in the position of having to coerce my children into eating something they claim they do not like (but really just don’t like the way it looks or smells, so they feign dislike to escape having to try something new). They’re mostly excellent eaters. When my husband used to have to travel for work, my daughter would excitedly proclaim Yay! Now we can eat eggplant! My son asked me to grow Brussels sprouts. They both informed me recently that they love lima beans and were wondering why I never prepare them. So it does throw me off when they pull the mule act and refuse to budge on what’s on their dinner plates.

Black beans remains one of those things for my son. I’ve been trying for years to convince him that chili is just hamburger soup (and I pretend there are no beans in the bowl, always acting surprised when he discovers them and has to pick each one out before he proceeds). I never admit to their existence in the salsa dip we share during special movie nights. And I neglected to inform him of their presence in these Chicken, Black Bean and Corn Burritos. He figured it out rapidly, however, and spent the next 10 minutes picking each and every one out before he felt the burrito was safe to eat. Funny thing, though… because the beans are in the wrap itself, as well. That? He consumed entirely. 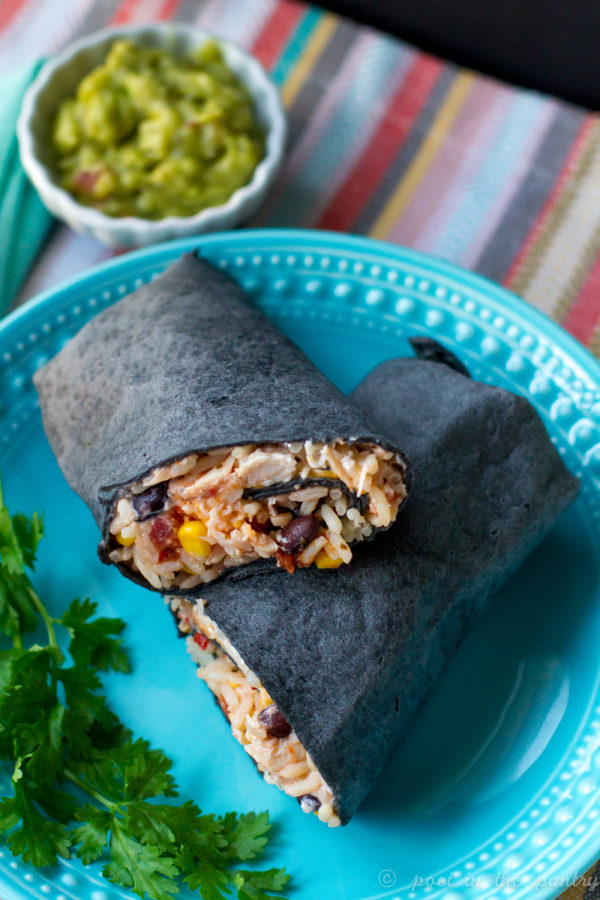 Some say you need to try a new food up to a dozen times before you can determine whether you like it or not. I know I didn’t take to beans immediately. They have a funny texture and they don’t smell so great, and what the heck is that goo in the can? But I’ve always really liked my mom’s chili–beans and all–and once I moved out of my parents’ house, chili was on the menu at least every other week, if not more often. It was easy and one of the few recipes that I could make without needing to refer to a cookbook or recipe card box. I understand my kids’ concern, but I also have first-hand knowledge that all it takes is some time and an open mind to overcome original opinions. The world is so much richer when you give it a chance.

A couple months ago, I drove to Ridgefield, New Jersey to meet with one of my clients, Toufayan Bakeries. The meeting felt more like gathering for a family meal than a strictly business affair. This should be no surprise, though, because Toufayan Bakeries is family. Brother and sisters Greg, Karen, and Kristine are third generation in the family business, joining their father, Harry, in bringing over 100 varieties of baked goods to grocery stores in all 50 states. Whether you’re seeking pitas or hot dog buns, bagels or wraps, Toufayan Bakeries probably has what you need–including an extensive line of gluten-free products. In fact, they were the first to bring a gluten-free pita chip to the market! Now that’s something! 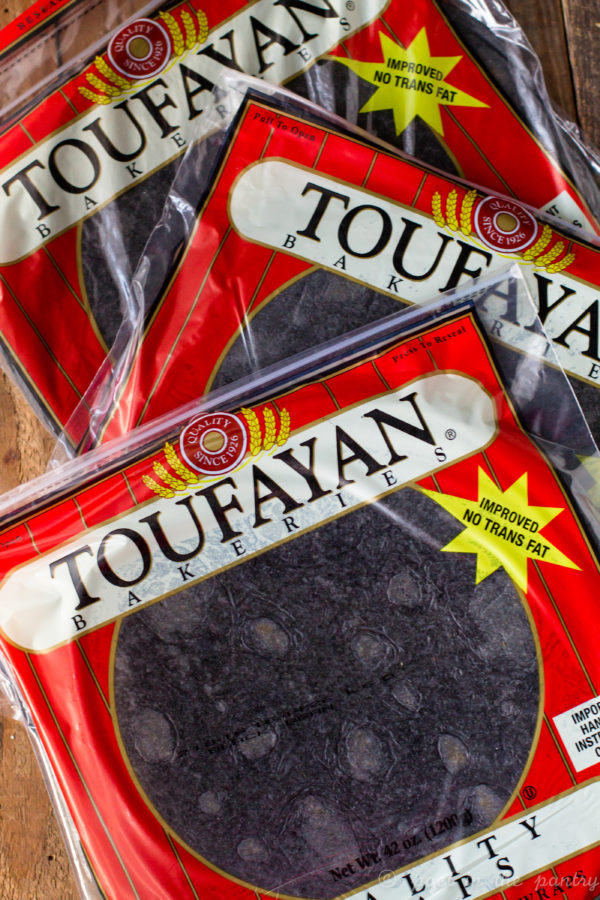 On that day in Ridgefield, we were taken for a tour through the factory. I doubt there’s a better smelling factory in the world. Bread… oh, the smell of bread. It brought back memories of when I used to have a bread route of my own and my car often smelled so carby. And then, around us, conveyor belts with automated rollers and cutters and journeys through proofing boxes. I leaned over to one of the other girls on the trip, unable to resist sharing how much like the cookie factory scenes in Edward Scissorhands it felt. A puffed up pita, fresh from the oven, is plucked from the line, and we literally break bread with each other. It doesn’t get any fresher than this.

It’s somewhat miraculous that Toufayan Bakeries has managed to build their distribution to nationwide, when you consider their humble beginnings. Originally founded in Egypt in the 1920s, Harry’s father had to start from scratch when he moved to the States in his 60s. Hard work, perseverance, and natural inclination for innovation has brought them a long way ever since. Now, in addition to the Ridgefield, New Jersey headquarters, there are two more bakeries in Orlando and Plant City, Florida, which help lighten the load. They just keep growing and growing! 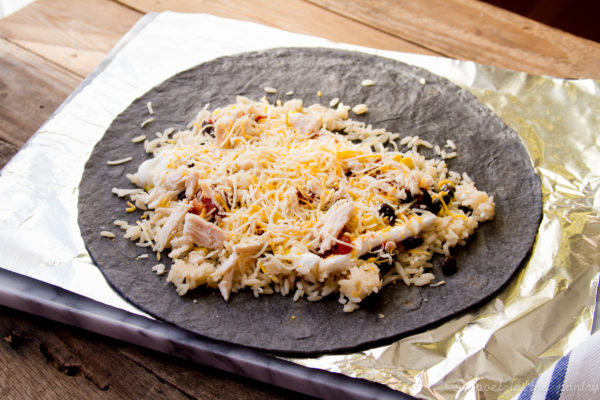 Food should bring family together, though. I am always looking for new ways to get nourishment into the kids in spite of their crazy schedules. Lately, this means meals that can be made in 20 minutes or less–a tall order to fill. Luckily, Toufayan Bakeries’ wraps make it super easy to get dinner on the table before it’s time to run off for soccer practice or karate. I’ve taken a real liking to burritos, now that the weather is turning colder. The convenience of a wrap sandwich, and portability, too, while providing a little bit of warmth for the belly. If you’re really ambitious, you can prep these ahead and heat them up when you’re ready to eat. Just don’t put the foil in the microwave. That would be bad. 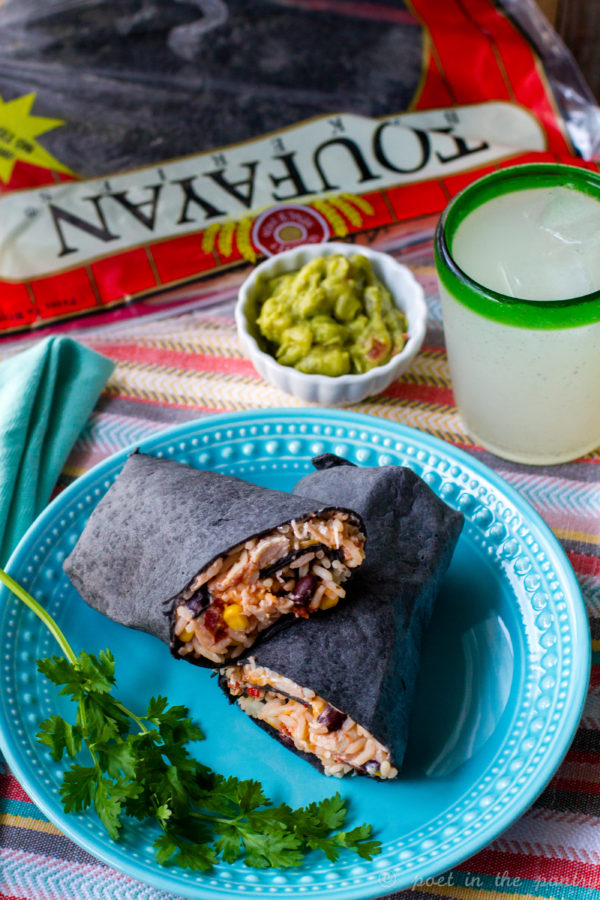 If you leave the aluminum foil on the burrito, you can take it on the road and eat it like a wrap. 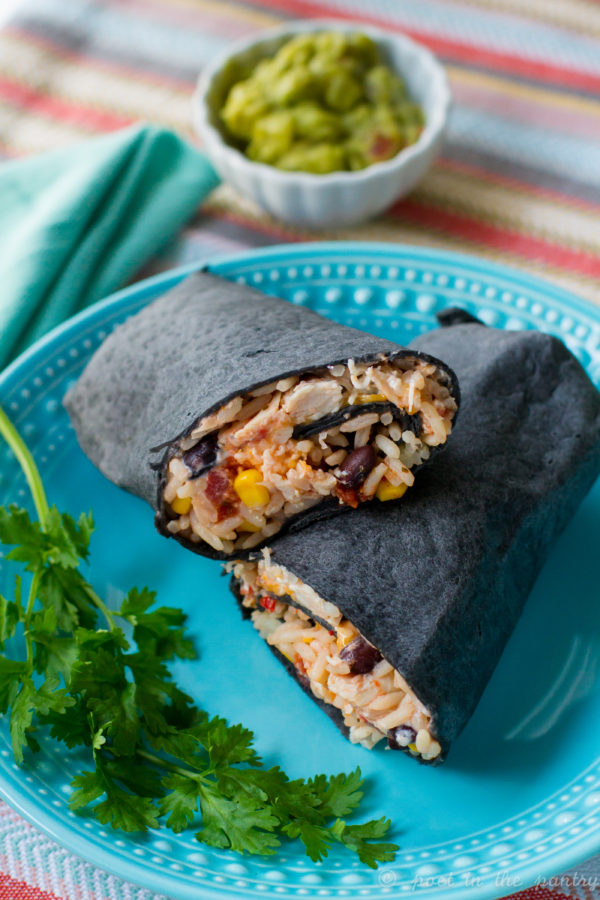