Disclosure: This recipe for Honey Mustard Hummus Chicken and Ham Sandwich was written in partnership with Sabra, who sponsored this post. All opinions remain 100% my own. Thank you for supporting the brands that support Poet in the Pantry! 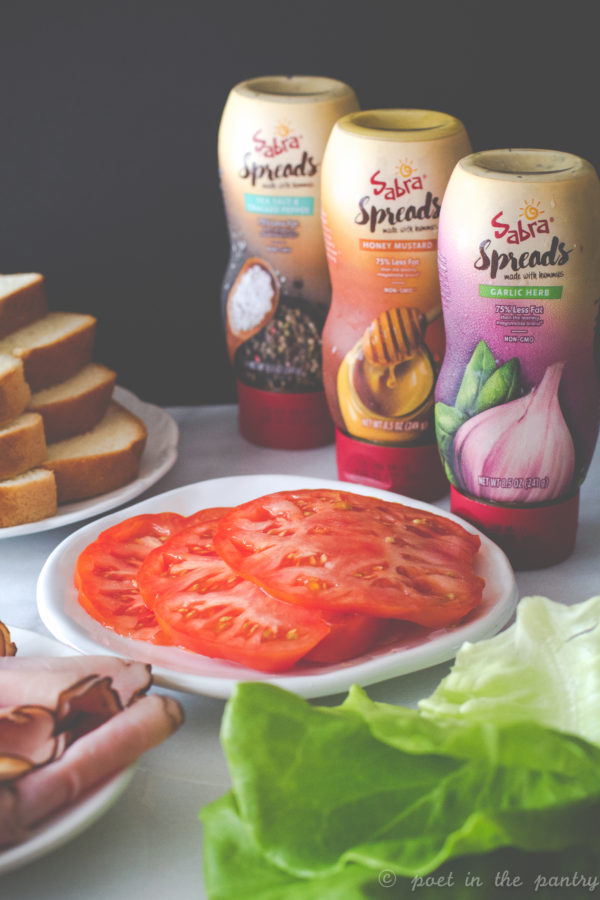 School is in full swing and the kids are adjusting well. We had a few new challenges thrown our way, with Mags now attending middle school and having to be ready for the bus earlier than ever, but that’s going well. I, however, have not fully adjusted to the very strict policy on which foods are allowed in school. 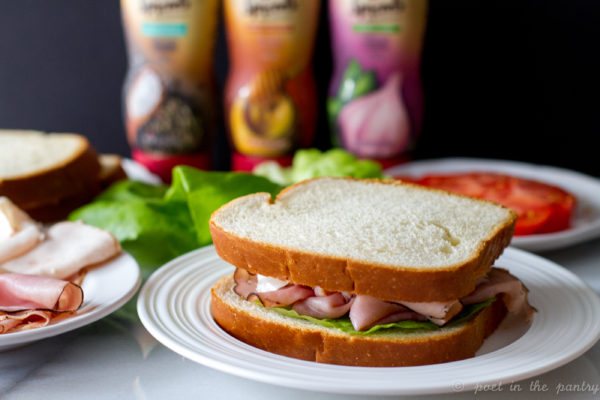 It’s not that there weren’t already restrictions on the elementary level. Peanut and tree nut allergies were part of reality, but that was on a classroom by classroom basis. If someone in your class had a food allergy, then you were forbidden from bringing in that item; otherwise, there was an allergy-free table for lunch and we mostly went on our merry way. In fact, I don’t think either of my kids ever were a part of an allergy classroom, so it didn’t hugely affect our lives. At least, not in a mandatory ban kind of way. 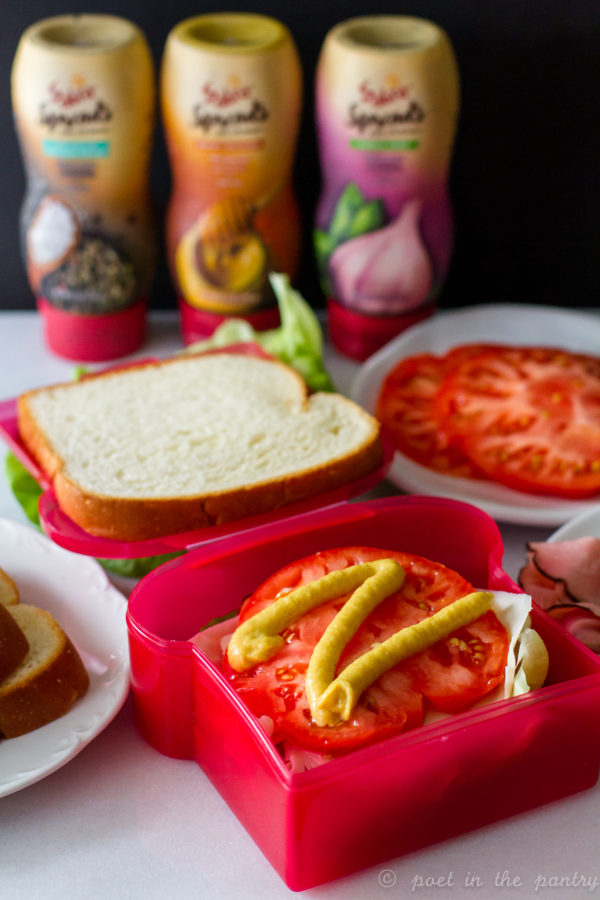 Despite this unexpected freedom, Mags often sat at the allergy-free lunch table anyway because one of her close friends, who has a peanut allergy, was there. Voluntarily, we had to avoid sending in anything with peanuts and tree nuts, which was fine. Mags wasn’t a big fan of peanut butter anyway. We found ways around it. No big deal.

At the middle school, however, there is a school-wide ban on not only peanuts and tree nuts, but fish and shellfish, too. A very strict ban, to the point where they’re asking that we ensure the children have thoroughly washed their hands before they attend school and to be certain that there isn’t the slightest possibility of a fish oil cross-contamination. So there goes tuna off the safe lunch list. What’s allowed dwindles every year, and the cost of packing lunch grows because of it. 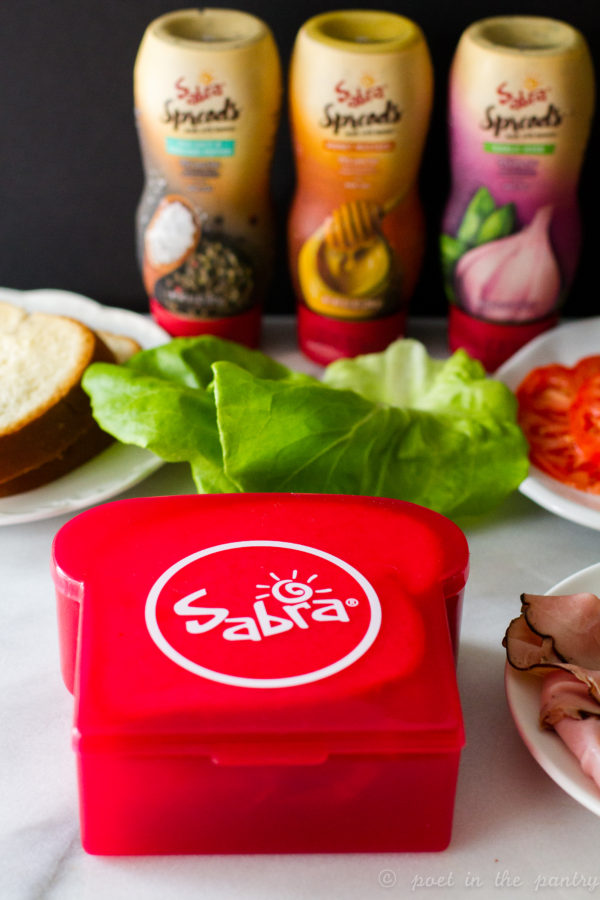 When your options become limited, you find comfort in the little things. Like the fact that Sabra has just released a line of hummus-based sandwich spreads! This might just be our saving grace this year! 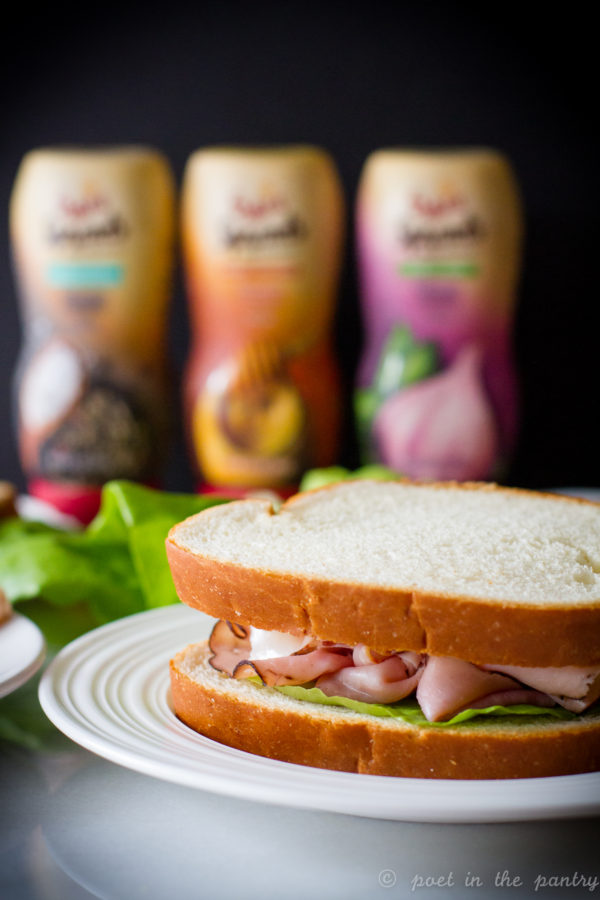 Sabra Spreads are a wholesome, fresh-tasting line of refrigerated spreads made for sandwiches! The first of their kind, these cute little squeeze bottles make it easy to add flavor. And with 75% less fat than mayo, you’ll be singing their praises, too! The flavors are just fabulous! Garlic Herb, Sea Salt & Cracked Pepper, and Honey Mustard go with just about any sandwich or wrap you can dream up. And all three varieties are gluten-free, vegan, kosher, and non-dairy, with 0mg trans fat, and 0mg cholesterol. There’s a lot to love about the new Sabra Spreads! 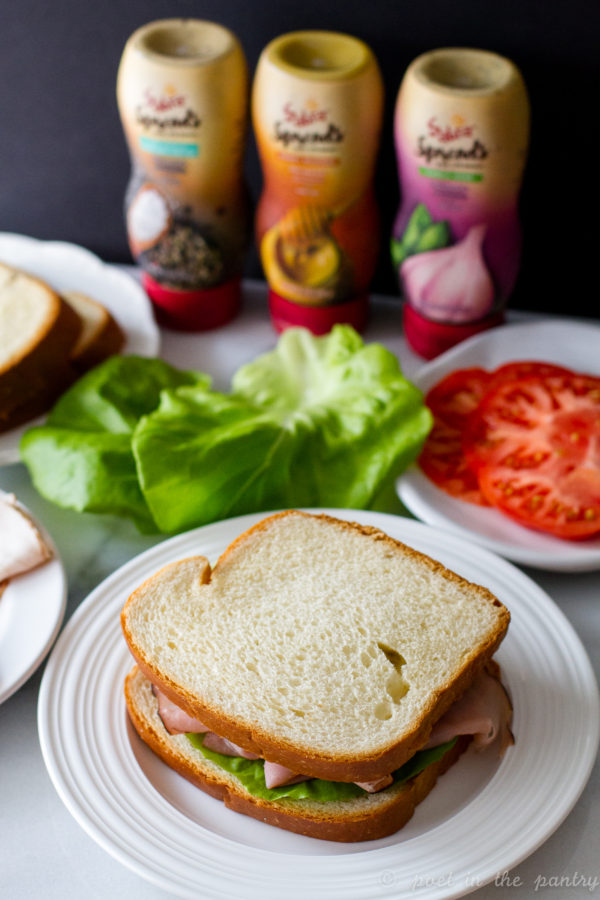 Since cold cuts are our norm now, I decided to share one of our new favorites for the lunch box: Honey Mustard Hummus Chicken and Ham Sandwich. The inspiration comes from Chicken Cordon Bleu, but is more attainable for the everyday (as well as my eleven-year-old). Layer deli chicken, ham, and cheese with your favorite veggies (I can’t resist those heirloom tomatoes this time of year!) and squeeze on some Sabra Honey Mustard Spread. Instant elevation, whether you’re in 1st grade or working in the office. We are in love–and you will be, too! We may just survive middle school yet…

Interested in finding out more about Sabra Spreads? Check them out at: http://sabra.com/hummus.html 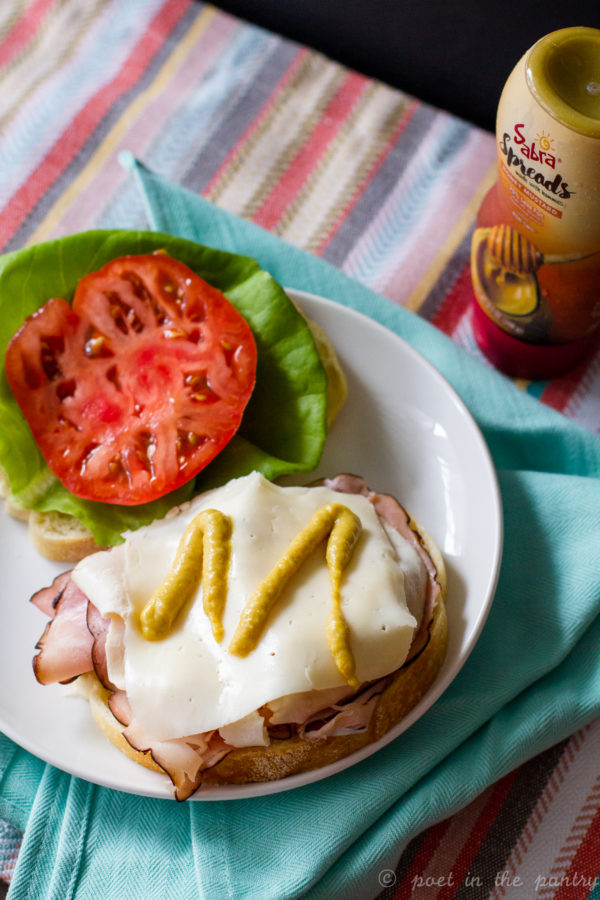 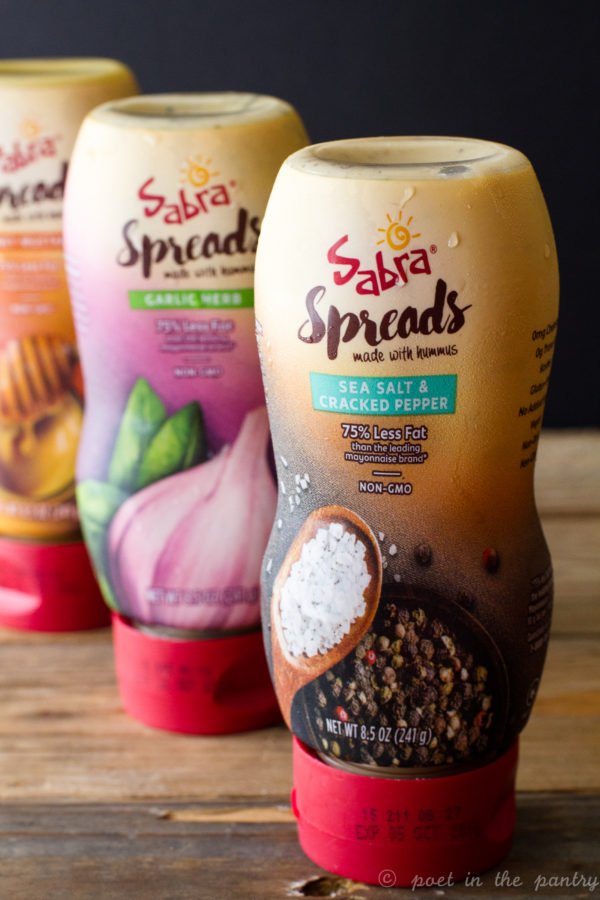