Disclosure: While my hotel accommodations and travel activities were provided for me, free of charge, by Vineyard Square Hotel, the Martha’s Vineyard Chamber of Commerce, and MV Wine Fest, I was not compensated for this post. All opinions remain 100% my own. 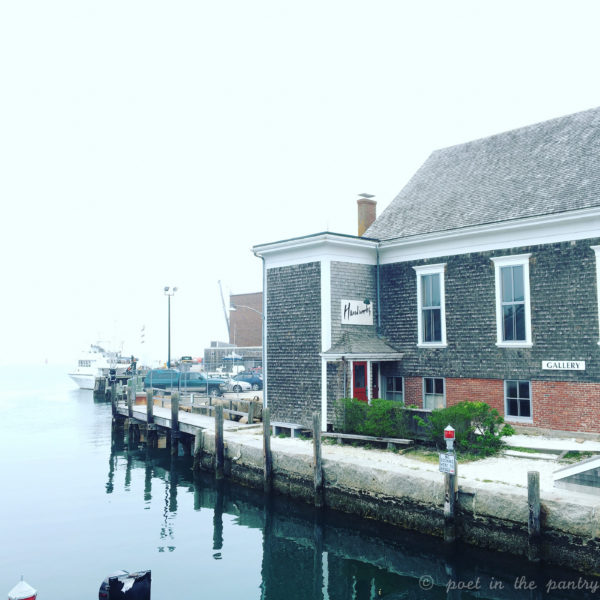 Like I said in Part 1 of my weekend on Martha’s Vineyard, this was my first trip to the island. Sure, the ferry is only a 3.5-hour drive away, but my travels have always brought me southwest or north. Heck, I’ve only been to Cape Cod three times (if you don’t count the drive to Woods Hole for the ferry, which I don’t). For whatever reason, adventure always awaited elsewhere. I’m glad I was lured outside of my routine by Marnely Murray so I could experience for myself the Vineyard life! 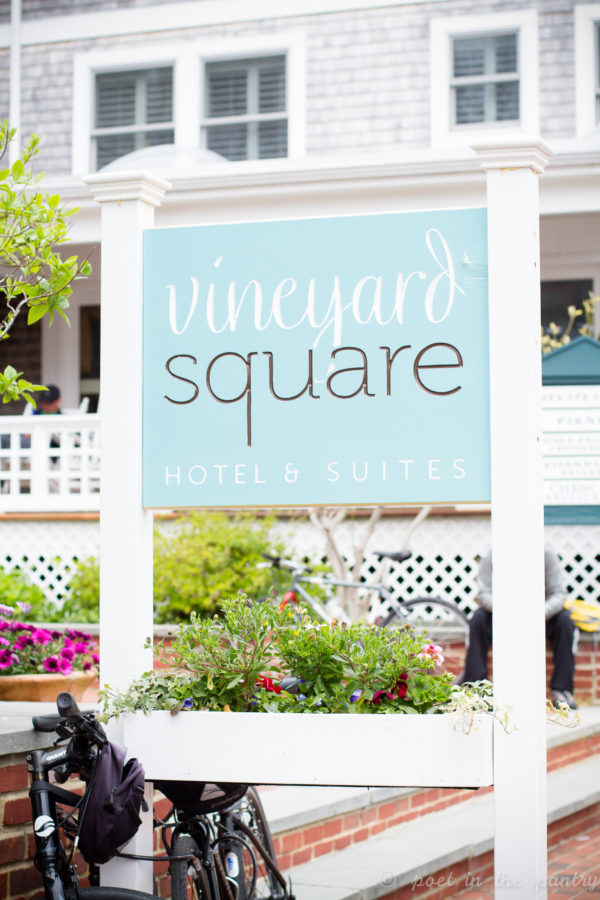 It started with a friendly face holding my blog name on a clipboard, waiting for us as we disembarked from the ferry. Our chariot awaited–a Stagecoach Taxi van–ready to whisk us away to Edgartown. (Which is far preferable to driving, in my humble opinion–why bring your car over when you can leave it to the experts to bring you where you need to go!) A short ride later and we were dropped off in front of Vineyard Square Hotel, in the heart of it all. 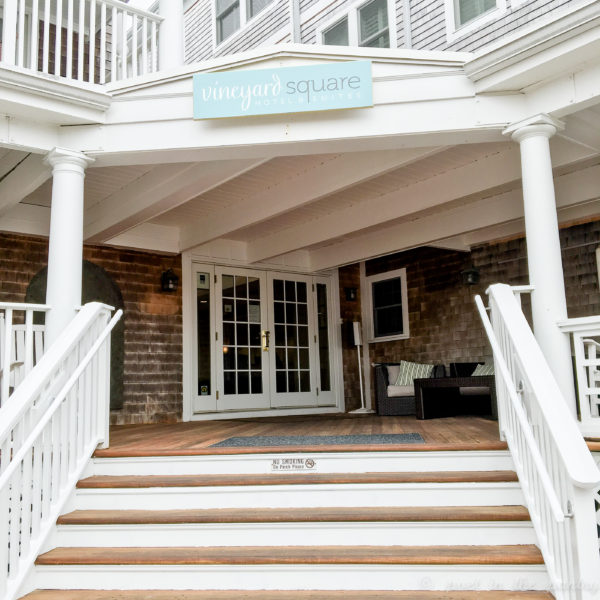 I approached the front desk and was greeted by Wesley Doyle himself, General Manager of Vineyard Square Hotel. It was a really nice touch that he knew exactly who I was upon arrival–but it’s more than that. He had an ease in relating to his guests that I noted throughout the weekend. He was friendly, considerate, and he knew how to laugh at a joke, too. When my friend introduced himself as my bodyguard (you know, it’s a real rough-and-tumble crowd out there on the island!), Wes rolled with it and it became the source of many laughs throughout my time at Vineyard Square. 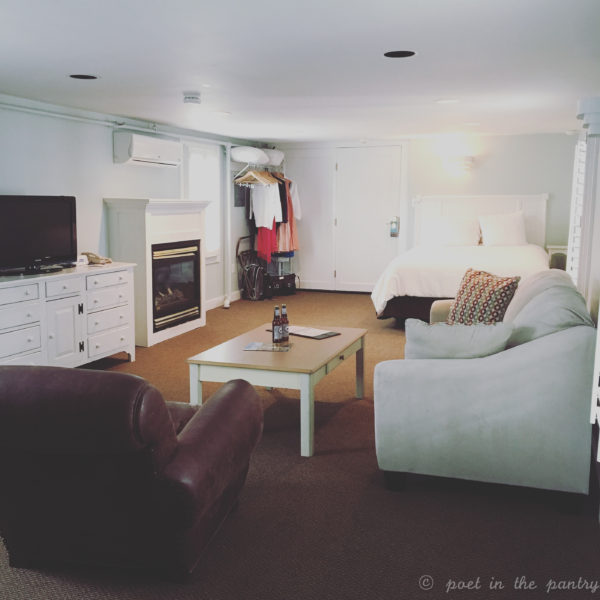 Chris, another member of the Vineyard Square Hotel staff, followed us up to our room to deliver the VIP MV Wine Fest bag waiting for me at the front desk. It was nice to not have to carry an additional bag after spending nearly 5 hours just getting there. (I didn’t talk with Chris much, sadly, but my bodyguard says he’s a really nice guy.) And then we were left to check out the suite. 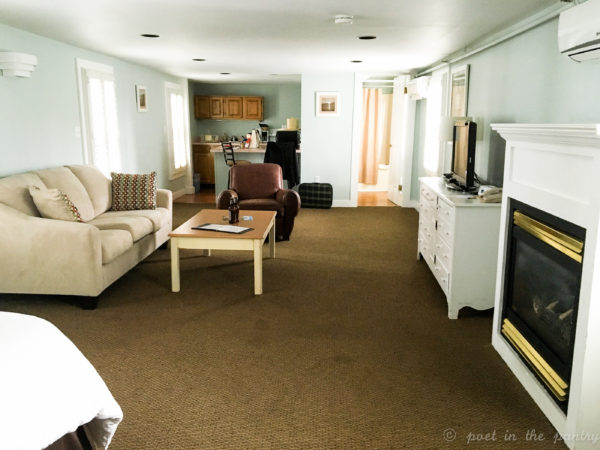 We were placed in one of the two dog-friendly suites on the property, which afforded us a separate entrance in the back that we could slip in and out of unnoticed, as well as a queen bed, a full-sized pull-out sofa, a gas fireplace, and a kitchenette (that was better equipped than many apartment kitchens I’ve seen, including having a full-sized range!). It was sunny and spacious and the perfect base of operations for all the festivities. 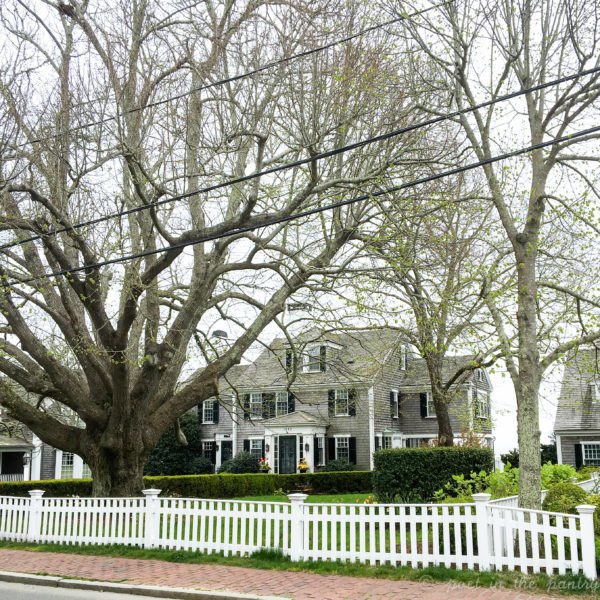 With a couple hours to go until our first wine fest event, we divided and conquered, exploring what Edgartown had to offer. I found myself enchanted with the white picket fences and Captains’ homes lining the streets. A particular favorite on my stroll was the Giant Pagoda Tree on South Water Street, dominating the streetscape. It took over the sidewalk, entwining with the power lines above, ensuring its permanence in the landscape. Brought over in 1837 by Captain Thomas Milton in no more than a flower pot, it is now thought to be the largest specimen of its kind in the United States. I was so excited about this tree that I made sure to spread the word about it, so others could witness its glory. Yes, I’m a dork. 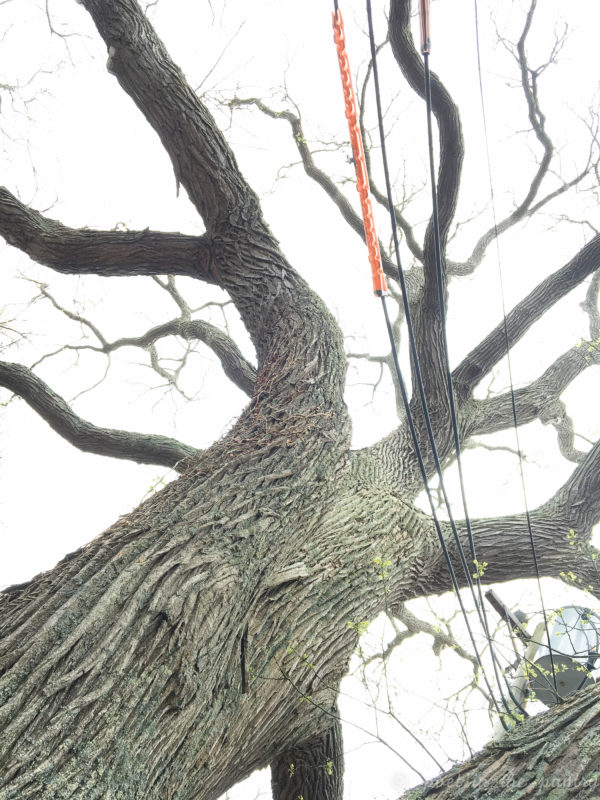 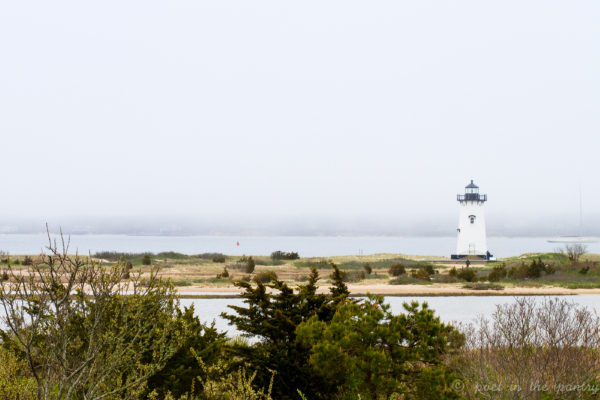 It was still off-season during my adventure, so not all the shops were open yet–and the ones that were open had abbreviated hours. But I really enjoyed browsing Portobello Road on Dock Street (I even picked up a new book there: The Trip to Echo Spring: On Writers and Drinking by Olivia Lang). Also noteworthy were Eisenhauer Gallery (downstairs in the same building as Vineyard Square Hotel), Murdick’s Fudge, and The Boneyard Surf Shop. 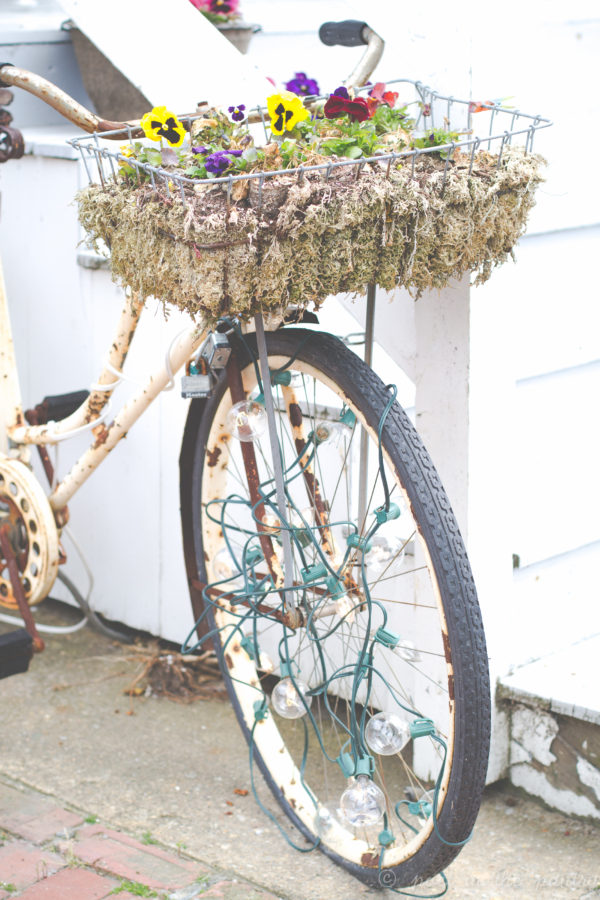 The following day was my big intro to the island: a tour arranged by the Martha’s Vineyard Chamber of Commerce. Nancy Gardella led us on this romp across the island in a Stagecoach Taxi van highlighting some of the mustn’t-miss Martha’s Vineyard gems. I wasn’t sure what to expect on a 3-hour tour, but was sort of grateful that it wasn’t to be taken by boat. (ha ha) 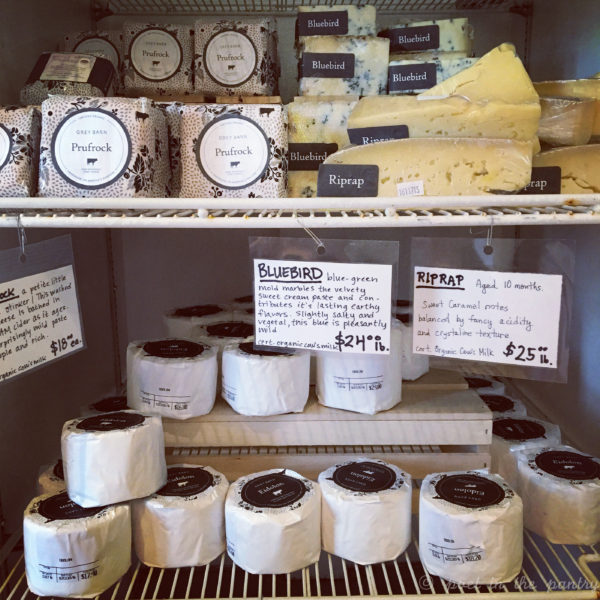 We stopped first at The Grey Barn in Chilmark. Our experience consisted of a quick trip to the honor system farm stand, packed full of handcrafted cheeses, raw milk, eggs, farm-raised beef and pork. But there is so much more to their story. Like how they are transplants to this island, originally from the mainland, who decided to embark upon the difficult life of farmers for a better future for their kids. Or how they’re certified organic, which is a costly process, but one that is important to them for the integrity of what they grow and raise. It’s an impressive endeavor! 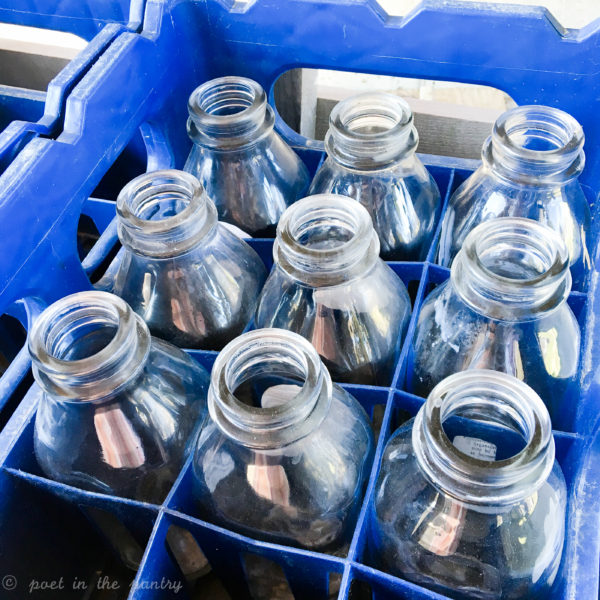 We voted to sample the Bluebird blue cheese on our stop and we were not disappointed! Creamy and not too funky, it would be perfect with maple and pears. 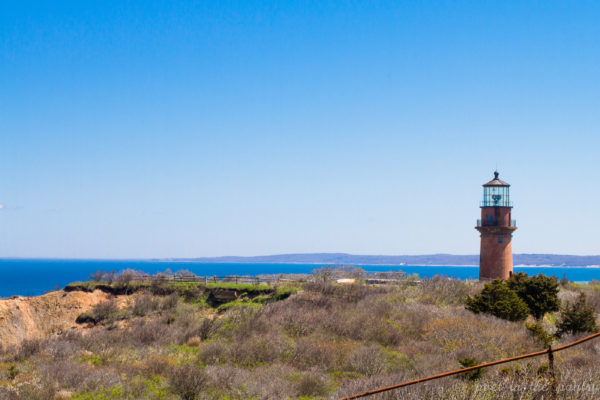 Next stop: The Gay Head Cliffs in Aquinnah. The claim to fame here–aside from a clothing-optional beach!–is the brick lighthouse, which was recently relocated, due to erosion. Can you imagine the effort it must have taken to move a brick lighthouse that has been there since 1856? What an endeavor! The lighthouse wasn’t yet open to tourists, but we did take a moment to stop in one of the Wampanoag shops leading up to the cliffs, where we learned about the white and purple shell beads they make–wampum–from the quahog shell. 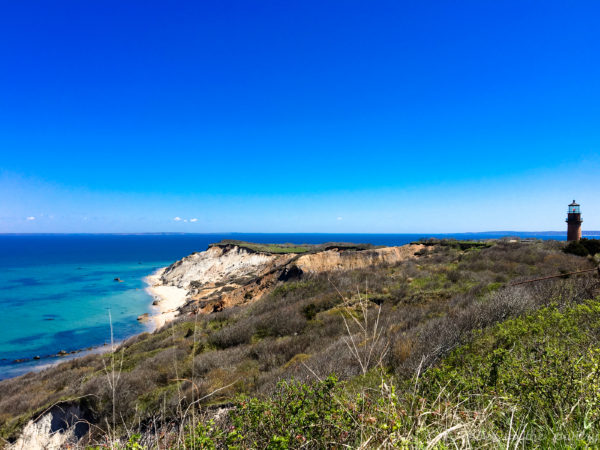 And yes, it’s true: when you look out on the cliffs, the beach below can sometimes offer…surprises. There were none on this breezy spring day, but do keep that in mind for future visits. 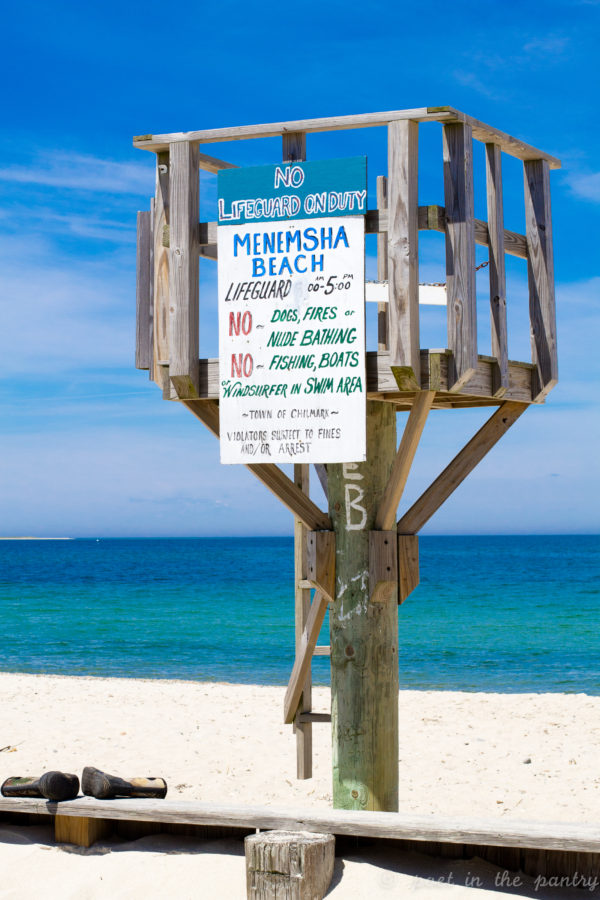 We took a turn East from there to Menemsha, which is known for its fresh fish markets, right on the docks. (They apparently are not as permissive in the clothing-optional territory…) 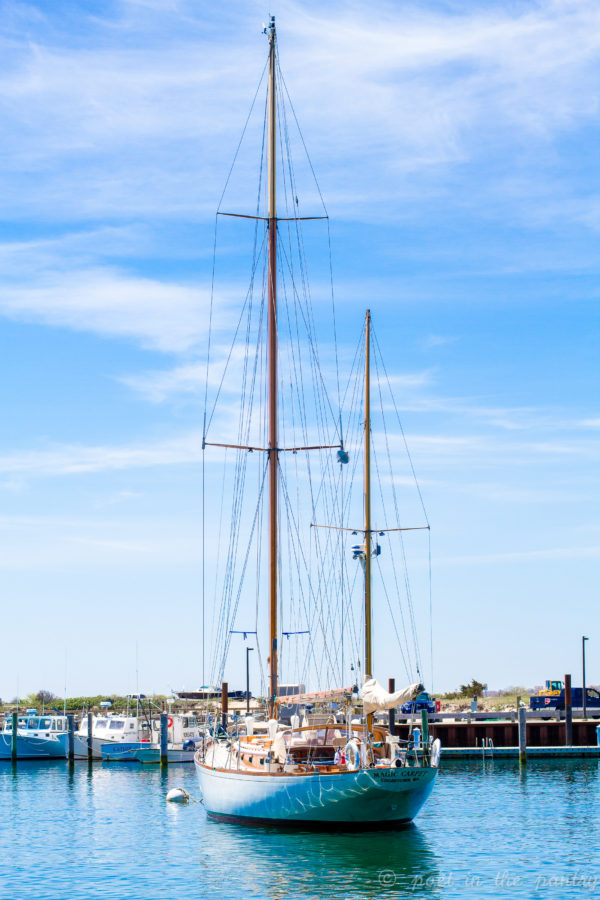 I found myself drawn to the boats in Menemsha Basin, where I clicked pic after pic after pic. One that stood out in my mind: Four Kids. (Then I wondered how anyone with four kids could afford a boat…) But the Magic Carpet was also quite lovely, and made for a pretty subject. 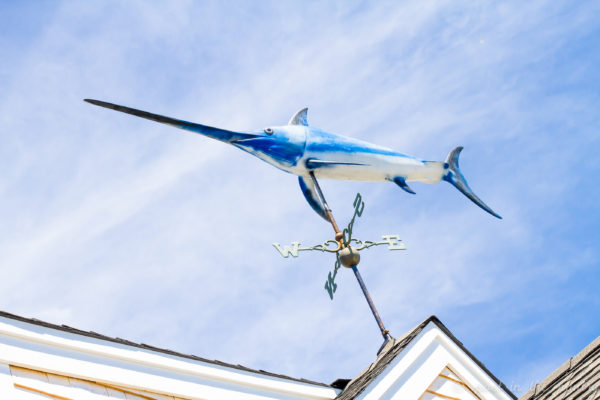 Shacks along Basin Road advertised fresh fish for both the retail and commercial buyer. Patrons dined on the catch of the day out in the bright sunlight. It was a rather festive pre-season occasion. 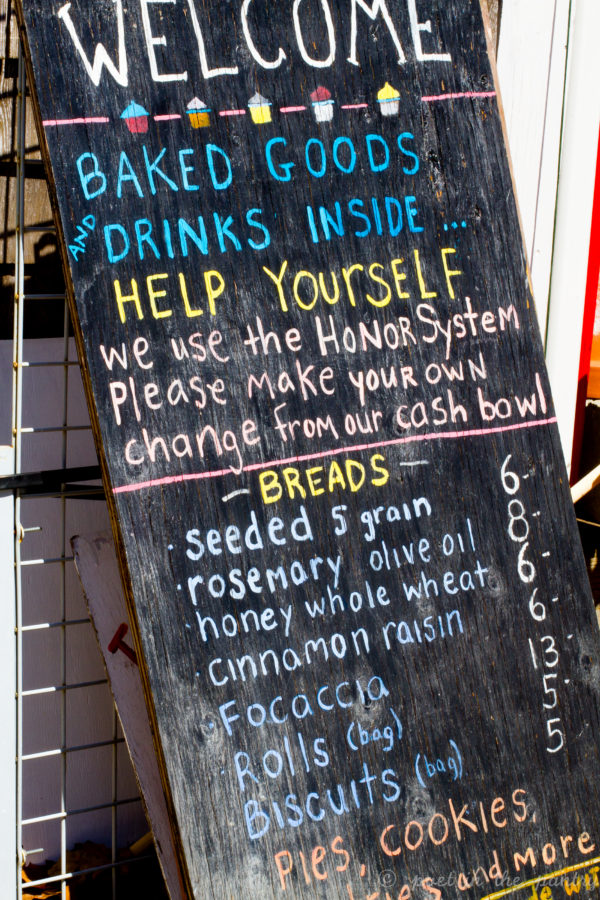 We hopped in the van once more in search of further adventure. The next stop: Orange Peel Bakery in Aquinnah, where we toasted our discoveries with cans of Lila Wine (and sampled some fresh baked baguette, to boot!). Juli, the proprietor of this establishment, was unfortunately away when we arrived, but we were able to inspect the outdoor pizza oven and check out her honor system bakery inside. Rumor has it that on Saturday nights, patrons can bring their own toppings for a communal pizza party, with live folk music and friends gathered round the tables. I’d love to return to take part in that! 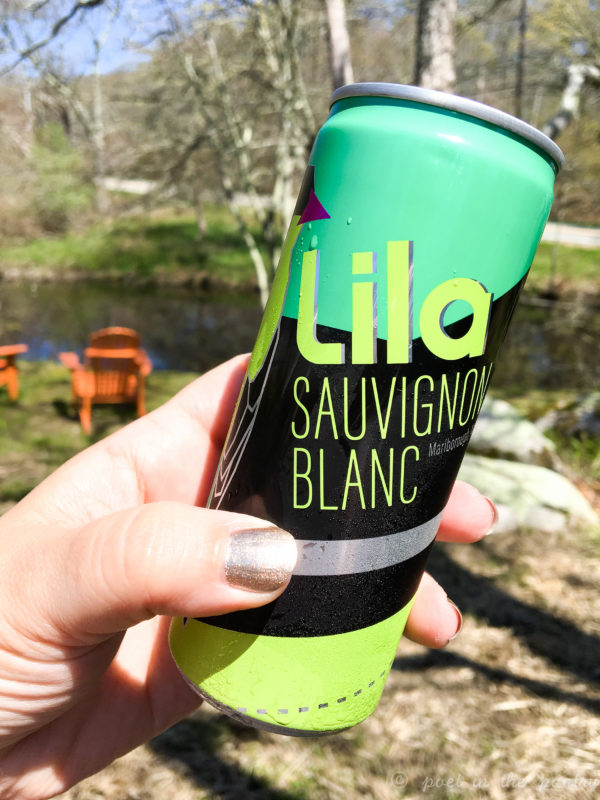 Soon, we were back in Edgartown to continue with our MV Wine Fest activities. While I was skeptical at first, I’m glad this little taste of the island was arranged for us. It was the perfect little nibble to encourage an appetite for further exploration. 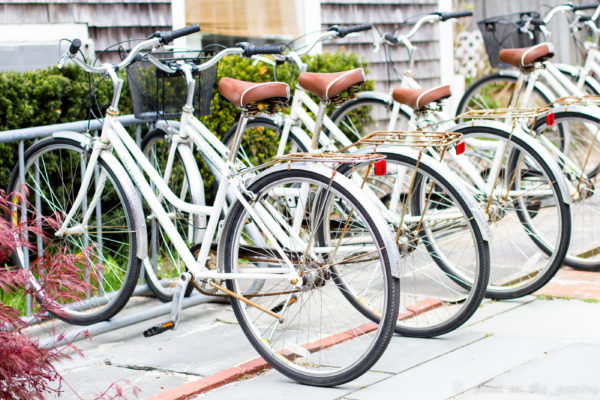 So why visit Martha’s Vineyard? Why not! The friendly faces, the family stories, the people who have come here to make lives for themselves and couldn’t bear to leave. The history, the beauty, and the sea breezes. The small shops run by locals, the tastes you won’t find elsewhere, and a spirit of survival. It’s infectious. It was difficult to leave when the festival closed on Sunday, but I took solace in the fact that I could return at any time. And I will. I’ve been looking for escape in all the wrong places–it’s right here, so close to home. 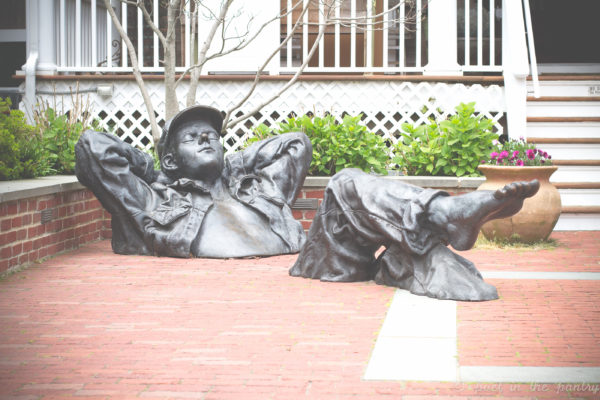