After my visit to the Ritz Crystal Room and Café at Remember When last week, I’ve been in a bit of a Prohibition-era state of mind. Maybe it was that Hemingway, but classic cocktails have occupied my mind. In an age when there’s a vodka in just about every flavor, it’s really nice to go back to the way things were. 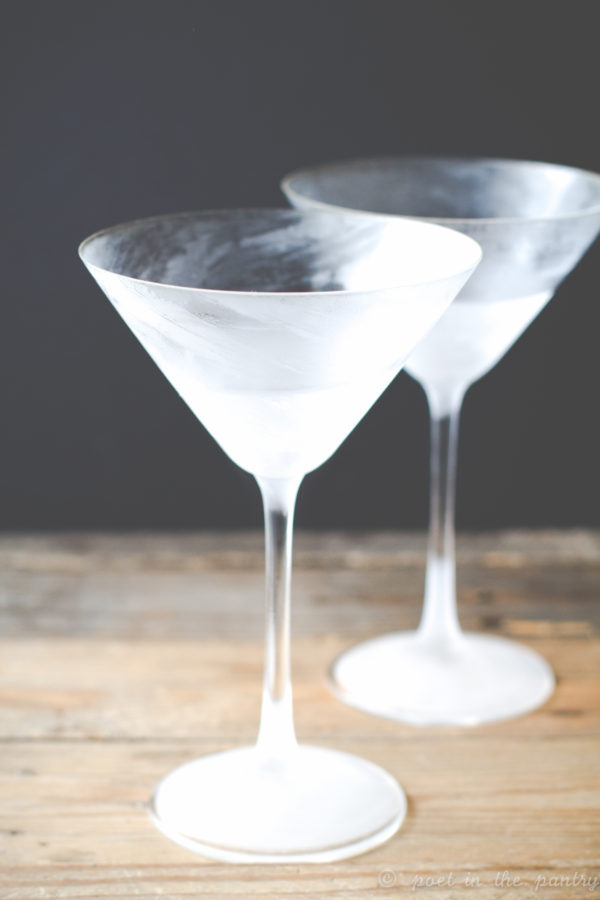 It could also be the book I’m reading right now: The Trip to Echo Spring: On Writers and Drinking by Olivia Laing. Focusing on the mass consumption of alcohol and its link to the wildly successful creatives who used it, it seeks to determine the role of alcohol in the lives of six legendary authors: F. Scott Fitzgerald, Ernest Hemingway, Tennessee Williams, John Berryman, John Cheever, and Raymond Carver. Or, basically, in my mind, it’s like Woody Allen’s Midnight in Paris every night. I’m taking great liberties here… 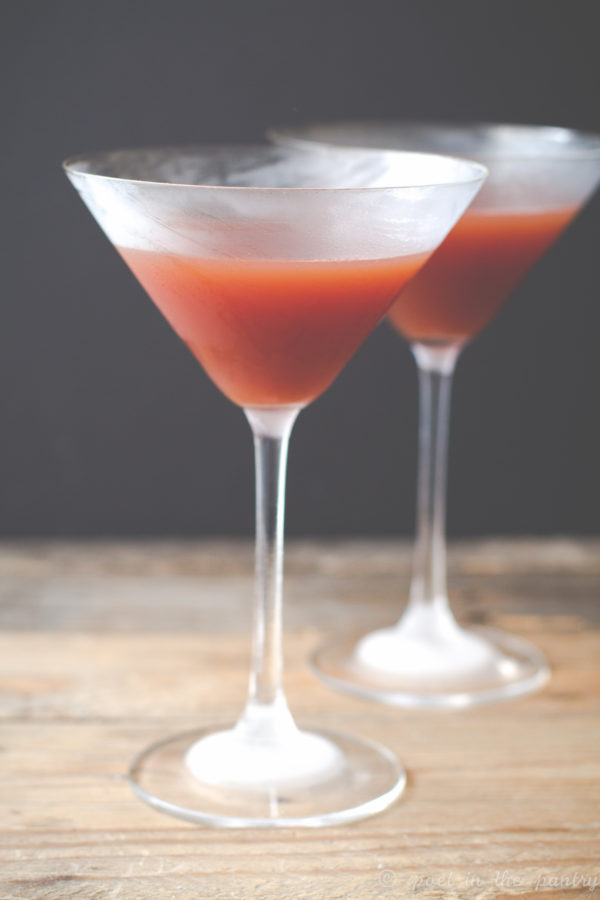 It seems quite natural, then, that on Saturday I FINALLY found a bottle of the elusive cherry liqueur I had been seeking for a couple months. I went from small package store to small package store, scouring their shelves and quizzing their employees, all to no avail. And there it was, sitting on a shelf only a mile from my house. That’ll teach me for not checking in the most obvious of places. At last, I could mix my favorite Prohibition-era cocktail: the Blood and Sand. 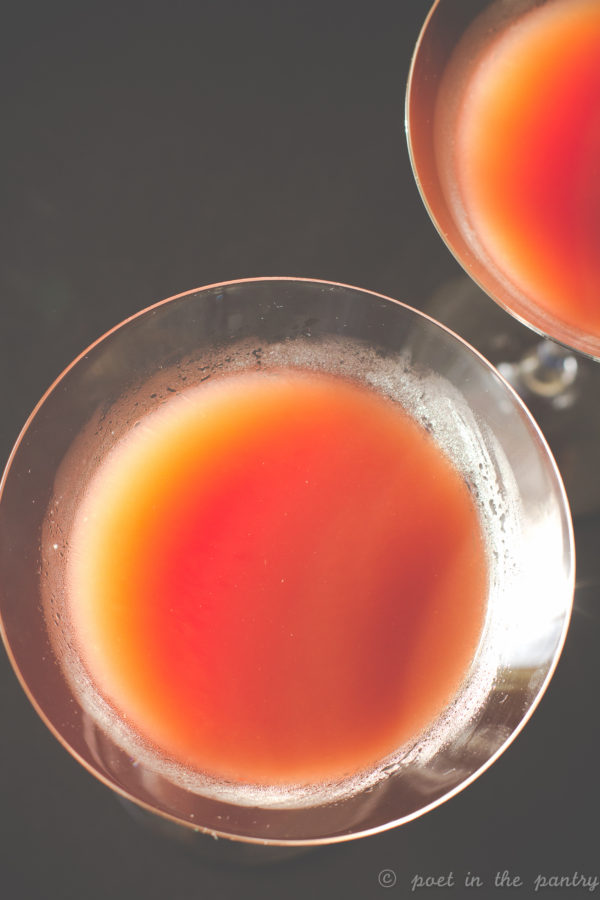 I started drinking Blood and Sands when I began trekking down to New Haven to catch the Sunday Sizzle burlesque shows at The 9th Note on Orange Street. Local legends Dot Mitzvah, Kitty Katastrophe, and Vivienne LaFlamme were regulars on the stage. My friend, Keith Paul, fearless leader of The Desultory Theatre Club, hosted these performances twice a month until The 9th Note was forced to close its doors and subsequently relocated to Stamford (too far for worknight shenanigans, sadly). But it all begins there, because that’s exactly the sort of atmosphere that requires a drink like a Blood and Sand. With its speakeasy feel and decor, jazz focus, and burlesque beauties, a draft beer seemed so…out of character. I needed something more fitting of the setting. I found it in this drink. 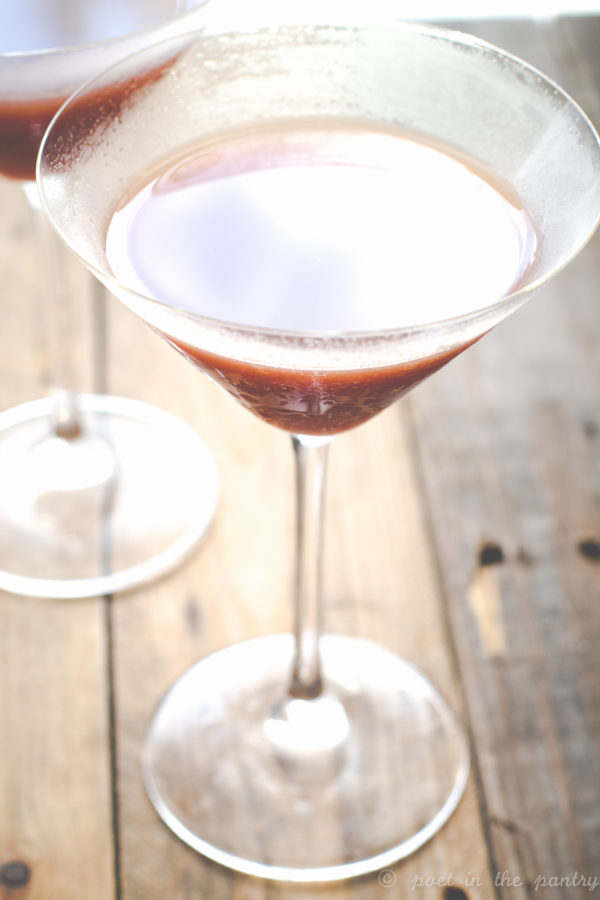 You don’t see many cocktails made with Scotch. It’s one of those manly spirits that mostly sits on its own, on the rocks or not, sometimes with water (if you’re not a purist), and often is the mark of whether its drinker is a “real man” or not. Or, as my dad would say, that’ll grow some hair on your chest. (Like that’s something to be desired…) For me, its attraction comes from the very fact that it isn’t easy. It’s a horse that must be broken, a taste that must be acquired, and I like a good challenge. If you’re not ready for straight Scotch yet, a Blood and Sand is the perfect gateway glug. 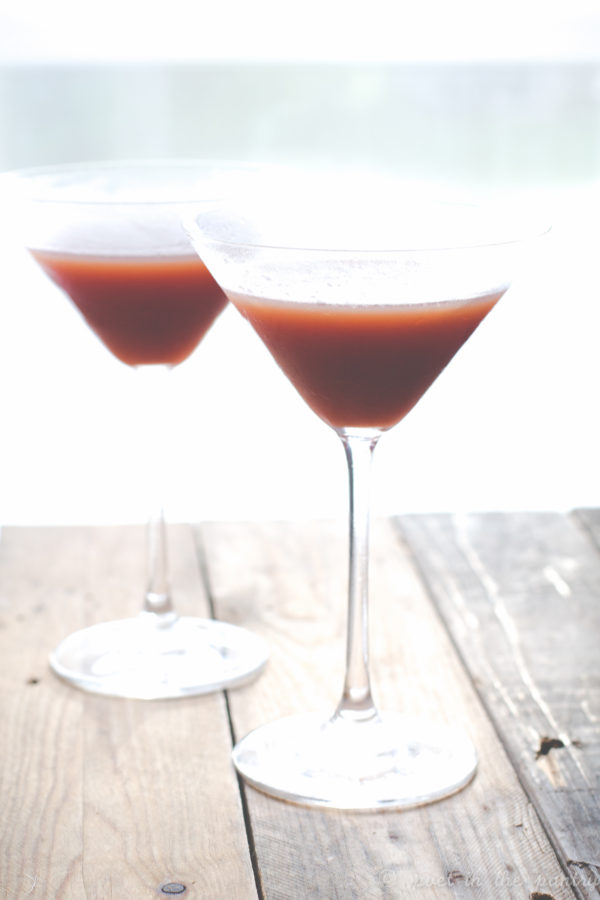 My measurements are a little more rounded off than what you’ll see elsewhere, but I like to simplify my life. If you distill that to mean 1 part : 1 part : 1 part : 1 part, it really doesn’t matter how many ounces. Scale up or down as needed. (Probably up…) I like this ratio because it’s a little sweet, without being too much. But there are definitely days where heavier on the Scotch is warranted. 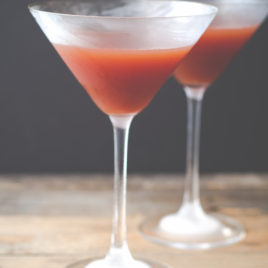 You can garnish with an orange peel, orange slice, or a maraschino cherry...but no points will be taken off for serving it simply.