On a recent Saturday morning, my family and I boarded a train in Katonah, New York, to chug along to New York City. This was no ordinary day-trip, however. On this day, we were on a mission–to attend an advanced screening of the new Ratchet & Clank movie! 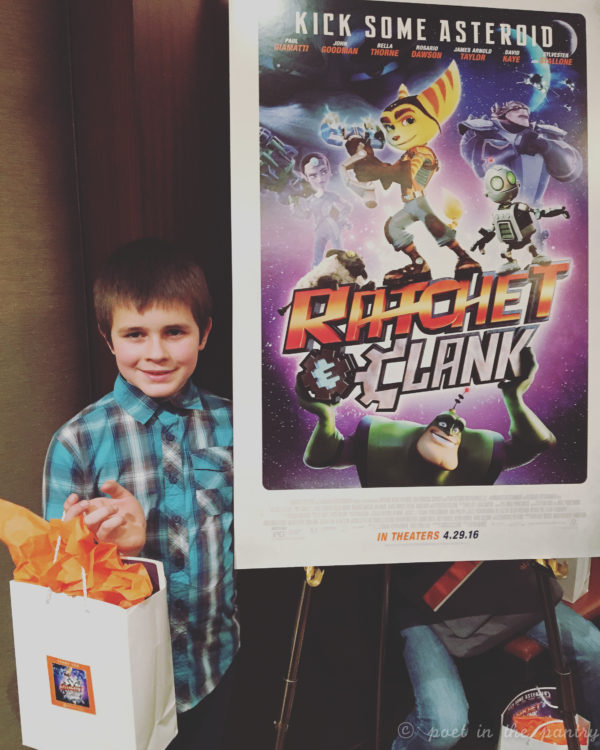 For those who aren’t familiar, Ratchet and Clank are characters from a video game originally created for the PS2 platform. Ratchet is a cat-like creature known as a Lombax and Clank is a robot. The unexpected duo pair up to travel throughout the galaxy and save it from evil.

The movie (IN THEATERS FRIDAY) is the origin story for the pair. In it, Ratchet, a well-intentioned mechanic who struggles with ideas a little bigger than he can handle, auditions to join the famed Galactic Rangers… and is basically laughed out of the room. He stumbles upon Clank, who has escaped his evil creators to warn the Galactic Rangers of Chairman Drek’s heinous plot to use a powerful weapon that destroys planets. Together, they embark upon an adventure that brings them both glory and disappointments. It’s a great lesson in humility, teamwork, and friendship that all kids could benefit from. 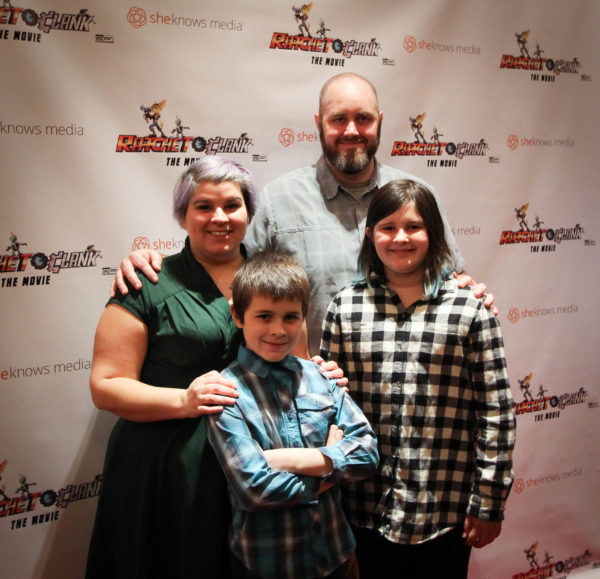 SheKnows threw the screening, to which I brought my 8-year-old son and 10-year-old daughter. We walked the red carpet, posed for photos, and were welcomed with quite the spread of hors d’oeuvres, beverages (including cute little juice boxes for the kiddos), and coloring activities. After sampling the spread, everyone got settled and it was time for the main event! 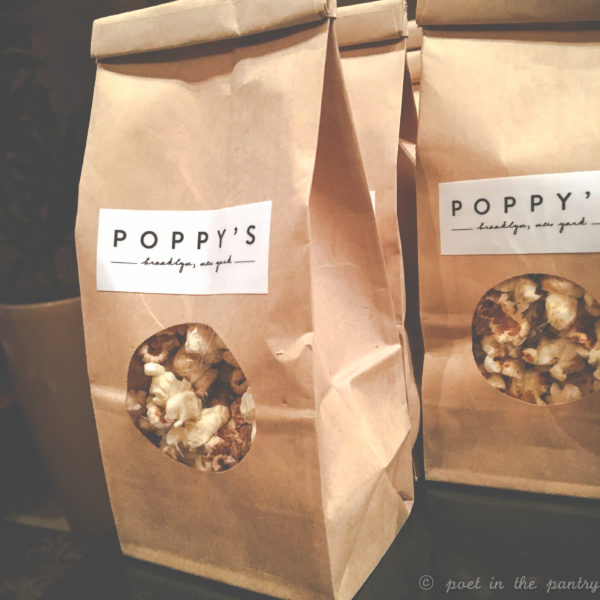 What does every movie need? Popcorn, of course! The cinnamon popcorn was a really nice touch for the screening!

In the next room was an intimate little theater with cozy, reclining seats and a screen just for our viewing pleasure. We donned our 3D glasses and were entertained for the next 90 minutes. I kept looking over at my kids to see what they thought of the movie–and was pleased to see smiles spread wide across their faces. 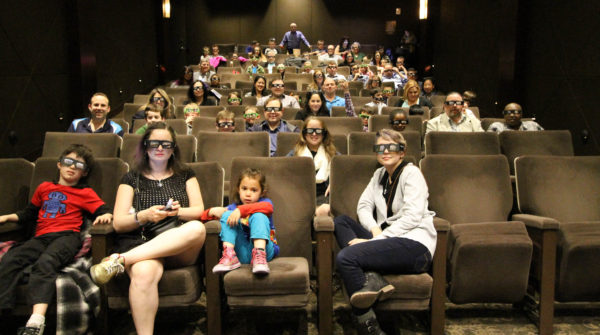 We’re ready for our viewing! (photo courtesy of Carmen Staicer)

The lights came up and it was time to leave. I asked my son what his favorite part was and, while he couldn’t identify one particular moment that mattered most, he said he liked it a lot and he thought his friends would, too. My daughter also enjoyed it immensely. The event was targeted for ages 6-12, and I think that’s an ideal range for the film. While there is violence in the battles between the Galactic Rangers and Chairman Drek’s bots, it’s not graphic in nature. I would feel comfortable recommending it to my friends’ children. 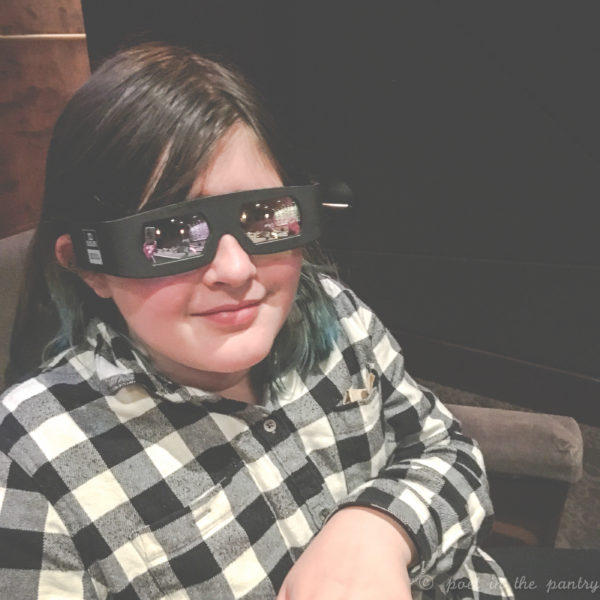 My favorite part? Aside from Captain Qwark’s insistence on being done with battle in time for waffles (because, hey, waffles!!) was the relationship Ratchet had with his mentor Grimlock. When Ratchet was at his lowest, Grim told him, “To be a hero, you don’t have to do big things, just the right ones.” Ratchet ultimately took this to heart, and it’s great advice for all. It’s not how grand the gesture, it’s that it’s genuine that matters. 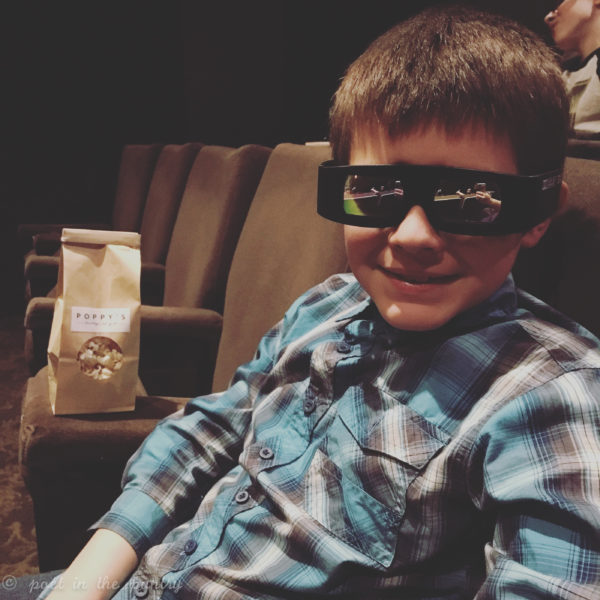 I’m glad we had a chance to grab this sneak peak at Ratchet & Clank! The movie wasn’t on my radar originally, which is a shame because we would have missed out on some great family fun. Thank you, SheKnows, for allowing my family this opportunity! You can also connect with Ratchet and Clank on Facebook, Twitter, and Instagram.