Disclosure: I was compensated by Jones Dairy Farm for developing this recipe and writing this post. As always, all opinions remain my own. Thank you for supporting the brands that rock my world! 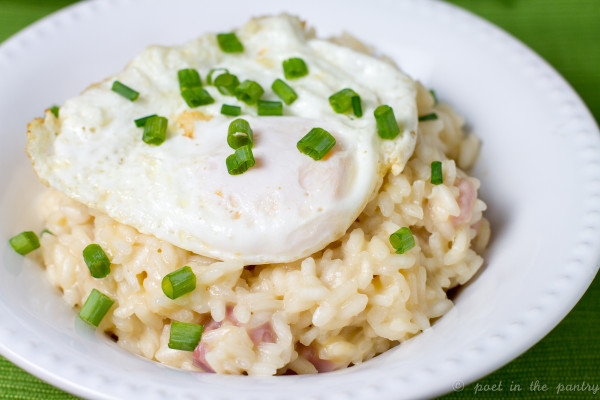 The gifts have all been opened. The tree now leans a little to the left, ransacked for all that it offered. Stockings are overflowing with goodies. And you’ll be picking up bits of wrapping paper for months. 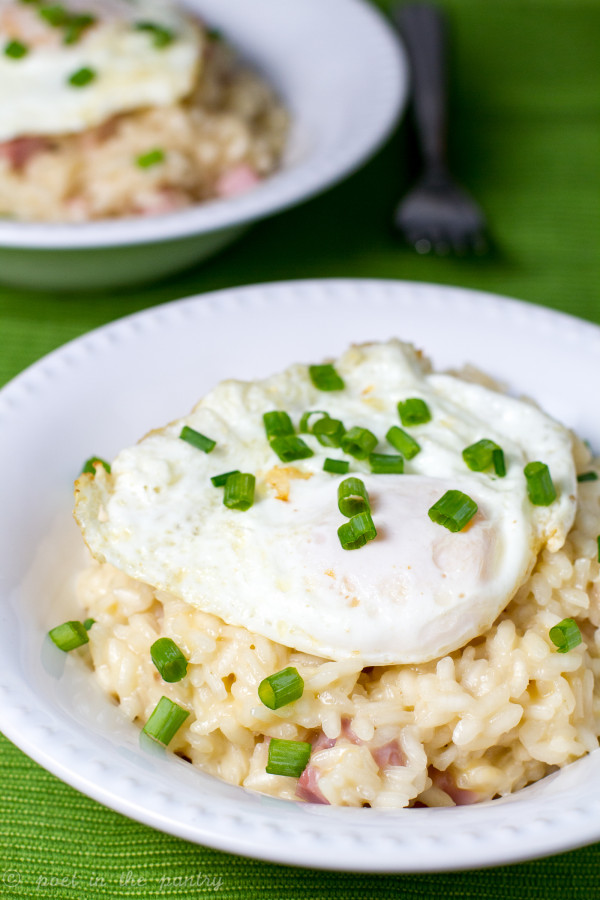 The day after Christmas can seem a bit like the ravaged landscape of an outdoor music festival once it’s ended and the patrons have all moved on with their lives. And after all that prep, who wants to spend a ton of time with the second cleaning? You know what I’m talking about: there’s the first cleaning: that frenzied state the day before your guest arrive of hiding your piles of papers and dusting for the first time in months. And then there’s the second cleaning: removing all evidence that your home was overflowing with people. And that’s just way too much cleaning for me in so few days. 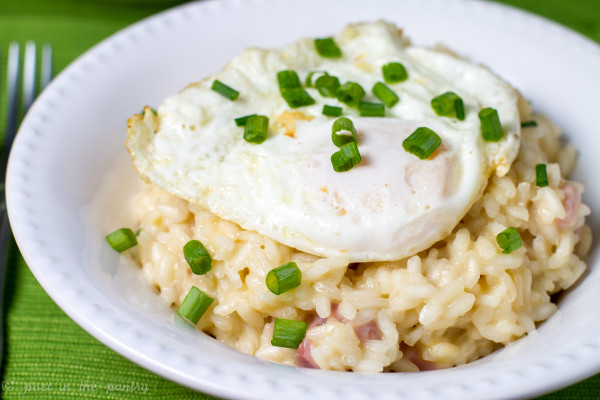 Devoid of the energy to handle anything more than lifting the fork to my face, it’s hard to get excited about day-after meals…until now! That ham that selflessly offered itself for the hungry masses on Christmas Day can be transformed into so much tastiness following the big day! And lucky you–as the host, you have it all to yourself! 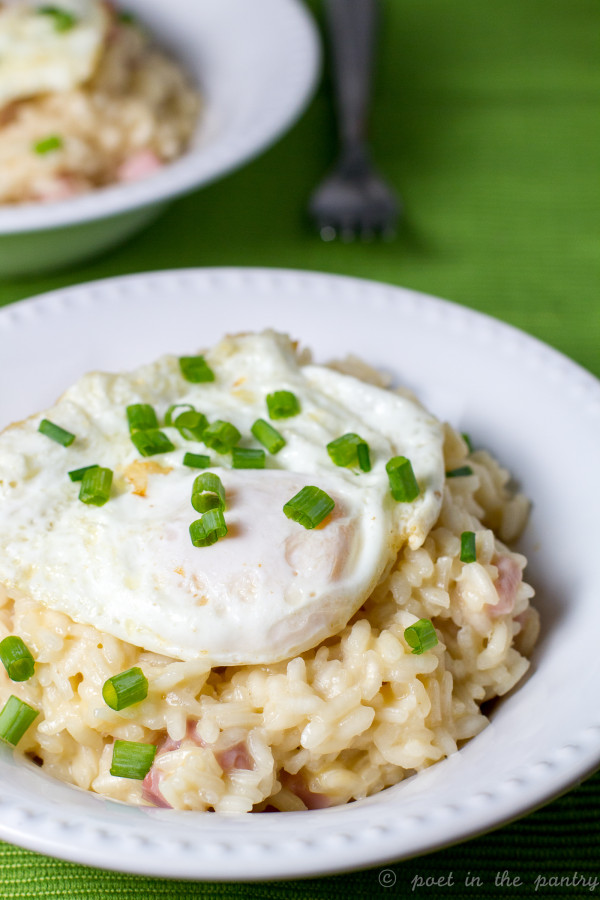 Today, I’m sharing the first of two recipes I developed for Jones Dairy Farm to help you find a way to make the most of that lovely Christmas ham. Risotto may seem like an odd suggestion for breakfast, and a little fancy, but it’s actually much easier to prepare than you’d think. Just pay attention to it and it will reward you for your time. Top it with a fried egg for the ultimate day-after breakfast, or skip the egg and serve ham and cheese risotto alongside your main course. It’s flexible like that. (Don’t have any leftover ham? Don’t despair! Just pick up some Jones Dairy Farm ham steaks–they work just as well!)

Now there’s a reason to look forward to the end of the holiday festivities! 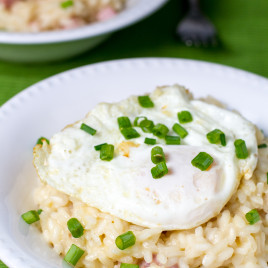