The sparkle hasn’t worn off my recent Walt Disney World trip yet, but I’m already thinking of how I would do things differently. Learn from my experience and you’ll be a few steps ahead on your next trip! 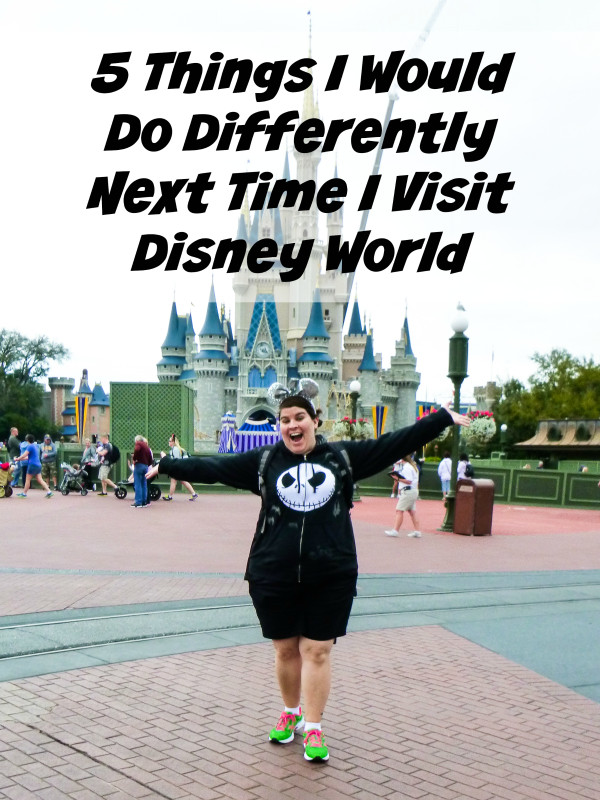 For months I agonized over making dining reservations. You hear that you must get online at the stroke of midnight, exactly 180 days before your departure, in order to eat where you want to eat. Since I didn’t make my resort reservation until a mere 2 months prior to our trip, I became extremely distressed about this. I read blog after blog about where to eat. I pored over menus. I made reservations, then canceled them, then made them again. I worried excessively about perfection. And then, 2 days before our trip, I ditched all but 2 reservations: 2 character breakfasts that I really wanted to bring the kids to for them to have the quintessential Disney venture. Know what happened? We walked up to T-REX in Downtown Disney (which never did have a reservation available at a time I wanted) and were seated 30 minutes later, right next to an awesome saltwater fish tank. We tried our luck again at Yak & Yeti Restaurant in Animal Kingdom and, once more, were seated within 30 minutes. On our last day, when we arrived at Epcot with a son too hungry to tolerate my eating-around-the-world mission, we scored a reservation through the My Disney Experience app for Coral Reef Restaurant only 25 minutes later and had the most awesome table right next to the shark tank. Granted, we visited at the end of February/beginning of March, which is not peak season, and dined on off-peak hours, as well. But my point is that if you don’t manage to get the dining reservation you’re hoping for, walk up and try your luck. You may be pleasantly surprised. In the end, I found freeing ourselves from a strict schedule resulted in a much more delightful dining experience. I do have one caveat though: you really should make reservations for character meals. They can be in high demand and you may not have such great luck walking in. 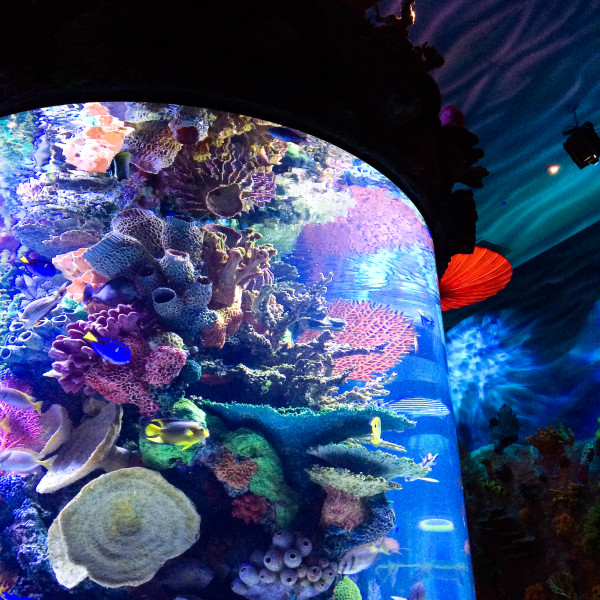 If you’re not familiar with Memory Maker, it gives you the opportunity to be a part of the action instead of behind the camera all the time. Throughout all the parks are Disney PhotoPass photographers in strategic areas where most people will want to capture their memories. You can utilize these photographers even without the Memory Maker package and they’ll either scan your MagicBand or give you a PhotoPass card that you can present to other photographers to link all your photos to you. On many of the rides, you can also scan your MagicBand after and link the ride photos to your account. After your trip, you can claim these photos for viewing and purchase downloads for $14.95 each or prints for $0.95-$3.95 each, depending on the size. If you find you like a lot of the photos, you even have the option to purchase the Memory Maker package after-the-fact (which is what I ultimately did). You will pay $199 instead of the $169 rate you get by buying at least 3 days before your trip, but this gives you a chance to feel it out first and not pay more than you need to. Don’t want the whole enchilada?  Don’t pay for it! Note: photos do expire (currently, about 6 weeks after taken, but double check with Disney), so check them out ASAP after your trip, or you’ll lose your chance to view them at all. 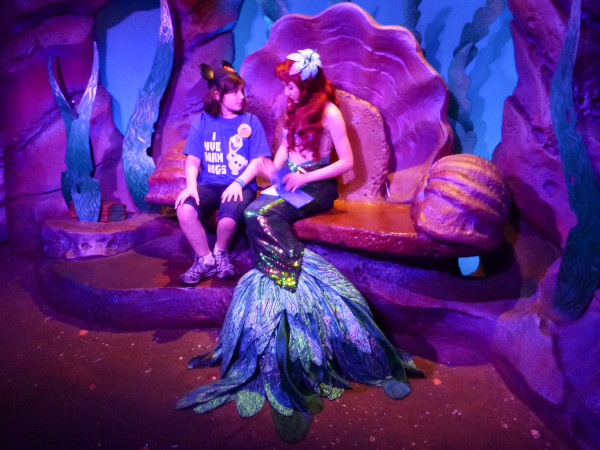 It’s a good thing the Disney photographer was there, too, because my point-and-shoot camera did not do this justice at all.

Now, what you may not already know is that you can have these photographers use your own camera or cell phone and bypass the PhotoPass/Memory Maker portion altogether. We even experienced cast members offering to take photos with our cameras/phones, so trust me, they’re not offended by this request. You get the best of both worlds in that situation–a backdrop that you know will be fabulous because it was pre-selected by someone in-the-know, and a pro to take your photo for you, without having to pay anything extra. Everyone is always willing to help! 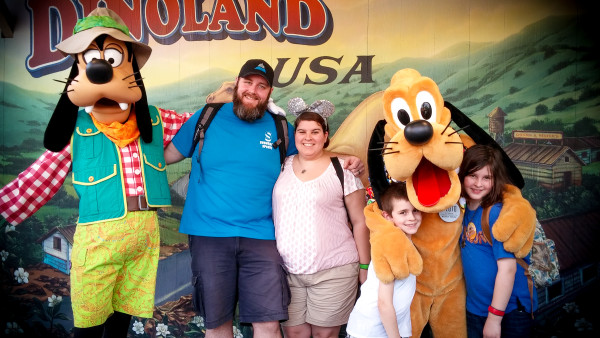 One of the cast members at this meet and greet insisted on taking photos with my husband’s cell phone to help him out. He did a great job!

While we were at Disney, temperatures ranged from 55 degrees Fahrenheit and windy with drizzle, to 60 degrees and partly sunny, to downright pouring rain and 65 degrees, to 85 degrees and sunny. A decent range of weather. Not once did I wear a rain poncho on the water rides, even though I saw other passengers donning them. It was 60 and partly sunny when I rode Splash Mountain in Magic Kingdom and I ended up walking around the park for a good couple of hours after feeling like I had peed my pants. It was 80ish and sunny on the Kali River Rapids in Animal Kingdom (an ideal day for a water ride) and I left it soaking wet. Totally drenched. It took at least 3 hours before I started to feel dried off. In the meantime, I dripped my way through the park looking like a drowned rat, and stressed about eating at Yak & Yeti because of my wet butt. You may feel like a dork, but there’s a reason why you see so many people wearing those ponchos. They’re cheap–you can get them at the dollar store–and easy to put on and take off. Spare yourself the day of discomfort and do as you see. Unless it’s an unbearably hot day and you’re wearing tech fabrics that will dry quickly, it’s worth it. 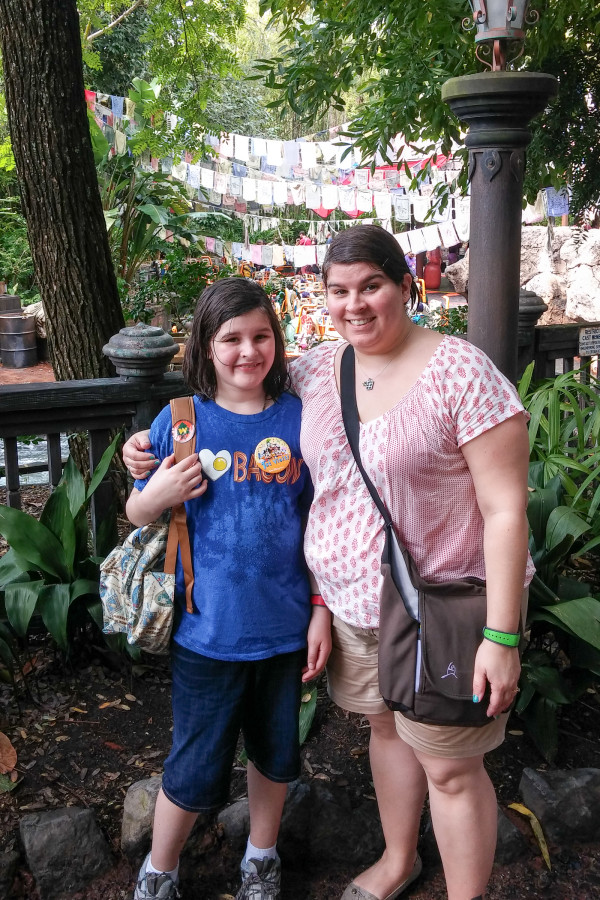 4) Take Full Advantage of the MagicBands

MagicBands are the latest and greatest way to get around the Disney parks. They serve as proof of your registration for the Magical Express, which sweeps you off to your Disney resort straight from the Orlando airport. They gain you admission into the parks by linking your park pass purchases through the My Disney Experience website. They are your room key in your resort. They keep track of your FastPasses and gain you access to them. And, most especially cool, if you are staying at one of the Disney Resorts, you can charge purchases back to your room simply by scanning the MagicBand and entering a PIN you select at check-in. While I set up my account for this privilege, I mostly didn’t use it because I stressed about it being too easy to spend too much money. Guess what? It was just as easy to spend too much cash or charge too much to a credit card. It’s stupid not to utilize this benefit, and–BONUS–you’ll be able to go around the parks carrying less stuff. That’s a win right there! 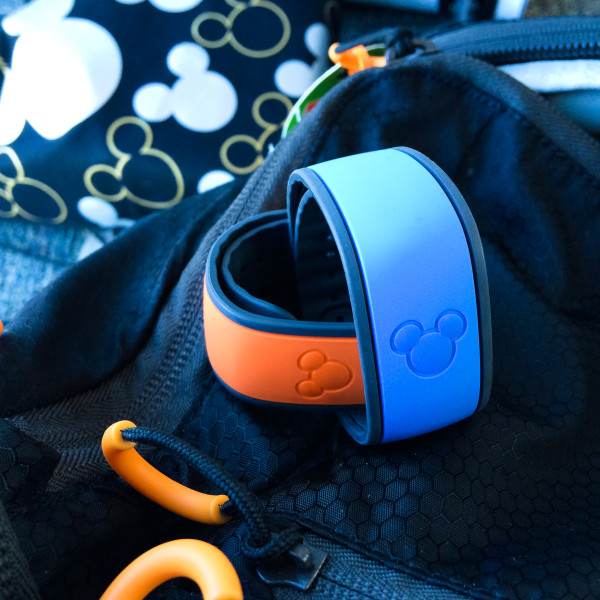 Our trip lasted for 6 days, counting traveling to and from the most magical place on Earth. We had 5 days of park passes to use on this trip. And guess what? We used the heck out of them. Even on the day that I was attending my conference from 7:30 AM to 6 PM, I returned to my room to freshen up, then met some friends at 8 PM to take on the Magic Kingdom. Magic hours that night (extended hours for resort guests) kept the park open until 3 AM. We left the park at 2:30 AM. By the time we embarked upon the journey home, my feet were sore, my hips hurt, and I was just plain tired. Too many hours spent awake and not enough relaxing. We should have stuck with the 4 days of park passes that came with the conference and spent one day hanging out by the pool, drinks in hand, no cares in the world. Then I wouldn’t still be tired 2 days after returning home. Who wants to come back from vacation feeling worse than when you left for it? Yes, there is a lot to see and do, but you do not have to–and really, you cannot–do it all. R&R is important, too. 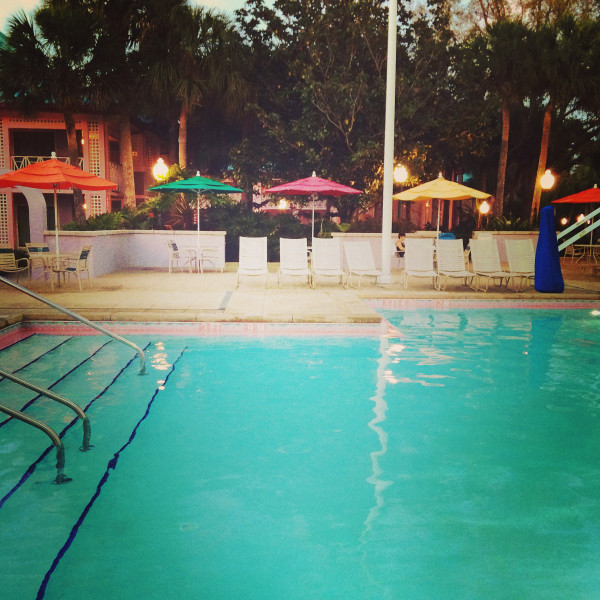 Have you ever been to Disney World? What would you do differently next time?