Today was a wrap-yourself-in-a-blanket day. Not because it was a lazy Sunday. No, if only it were that easy. But rather, taking advantage of the time change, I spent the whole morning making bread–because that’s what I do when the mercury takes a dive: bake bread–only to spend 2 hours this afternoon on a soccer pitch, freezing my butt off in 40 mph wind gusts on top of temperatures hovering in the mid-40s. I turned myself into a brrrr-ito with an old quilt and a child or two placed strategically to retain as much heat as possible. I couldn’t find my own hat and had to pull on one of my 7-year-old’s. Simply put, it wasn’t an ideal situation. But I survived to tell the tale. Winter is coming… 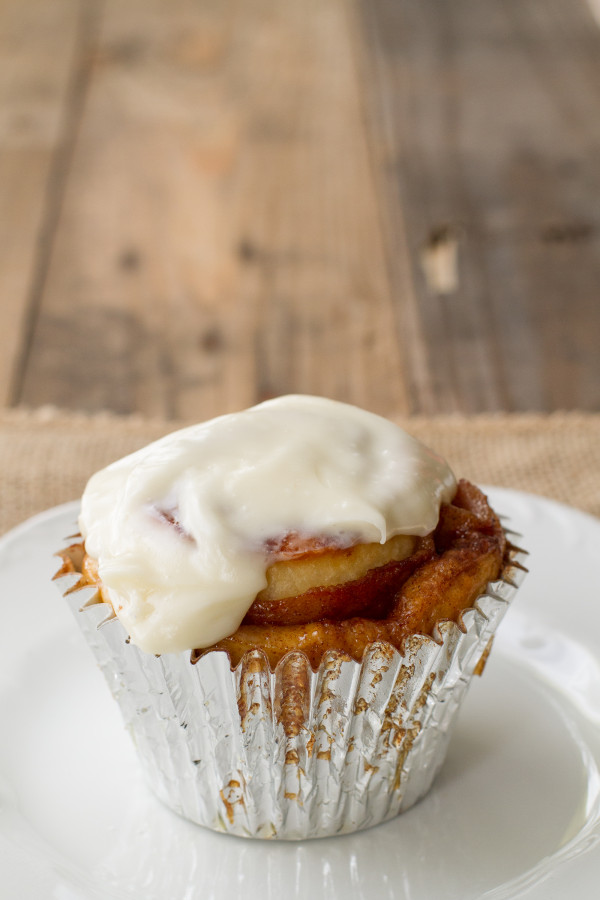 I could tell the change was happening before I stepped foot outside. My body has become a barometer as finely tuned as someone with far more years on this planet than I have accumulated. The muscle spasms in my leg–the remnant of my herniated disc 3-1/2 years ago–have worsened, much as they usually do when it gets colder. Add to that the cranial spasms from my TMJ and I am a very twitchy lady. Twitchy. Maybe the other word, too. 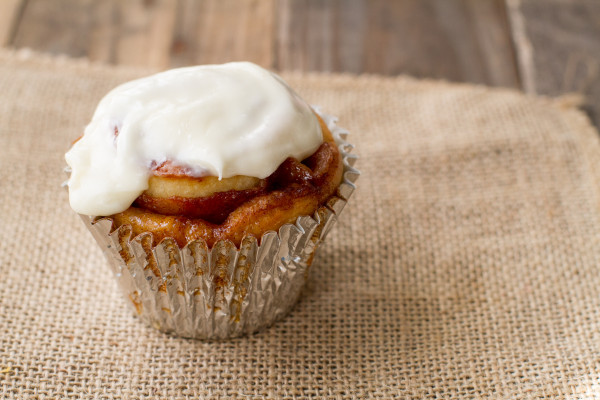 Calgon, take me away. Somewhere warm and stress-free for a little while. So I can feel normal, once again. 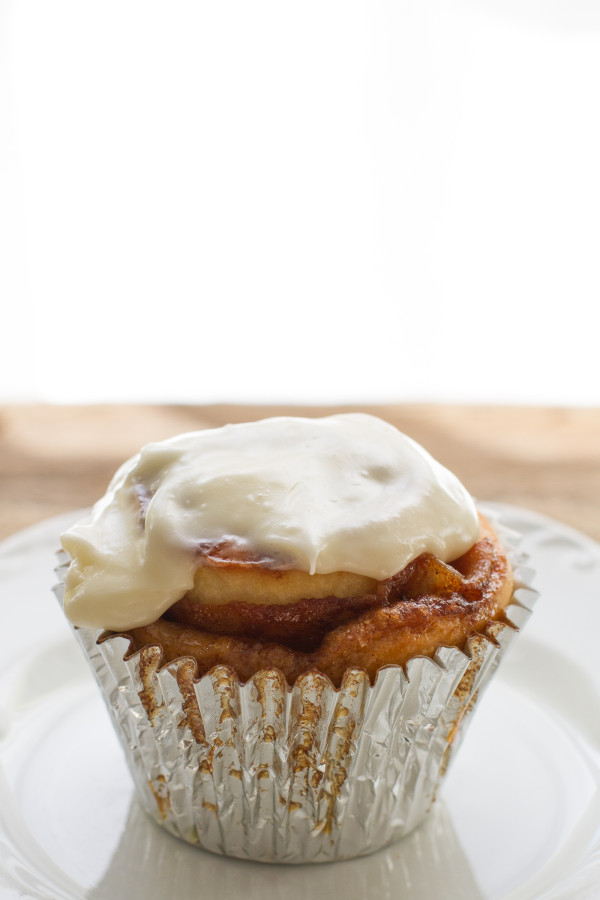 And it better be a place with freshly-baked cinnamon buns. With sweet, buttery dough wrapped around strips of smoky bacon, slathered with an obscene amount of cream cheese frosting. Who cares if I feel like Frankenstein’s monster? I’ll just have a sugar rush and pretend it’s not happening. Bacon Cinnamon Buns have that special power to erase what you’d rather not exist. 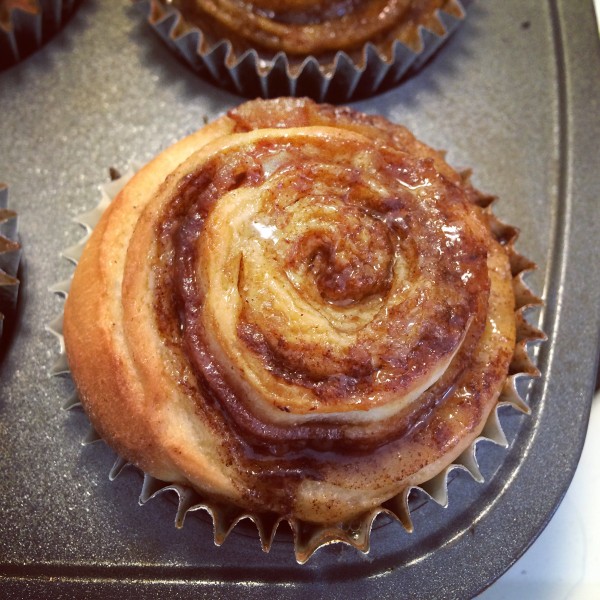 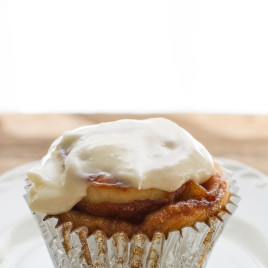 You will get 14-16 cinnamon buns out of this recipe; try to line up your cuts with the bacon to keep them even. I like to bake them in muffin cups to make it easier to share with friends and family. If you're only baking for yourself, you can take 2 9-inch cake pans, butter them up, and bake the buns in those instead.