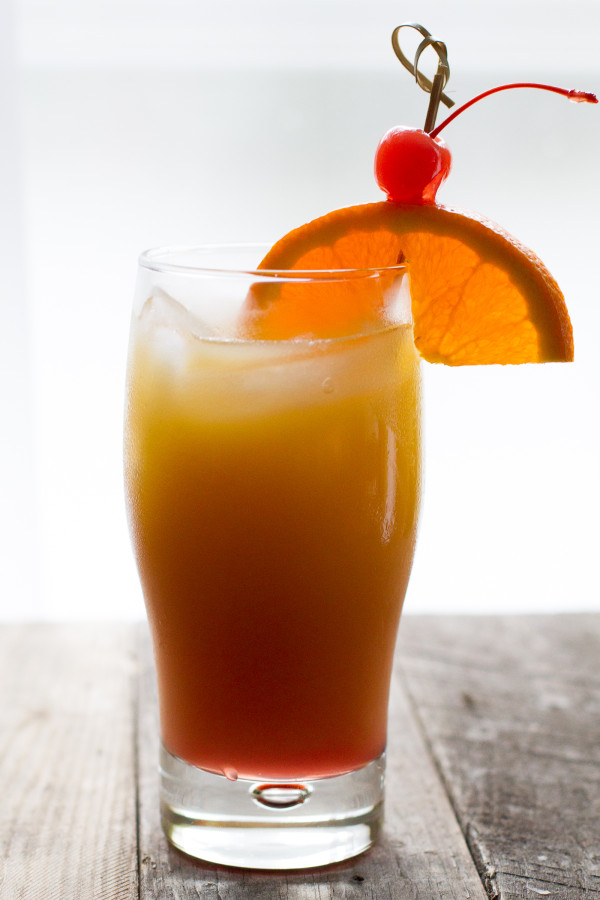 I’m not afraid of change–at least, when it comes to home hair dying. I started going gray at 16 and have had ample opportunity to experiment with how I want to handle this sign of premature aging. This has, of course, resulted in some comical color combinations. Like the first time I attempted to go blonde in 2010 and didn’t realize that the color lifts from the roots first–given the heat from the scalp–while the ends take a lot more time to bloom. I had no time to fix my mistake and was forced to go on a planned trip to Cancún looking like this: 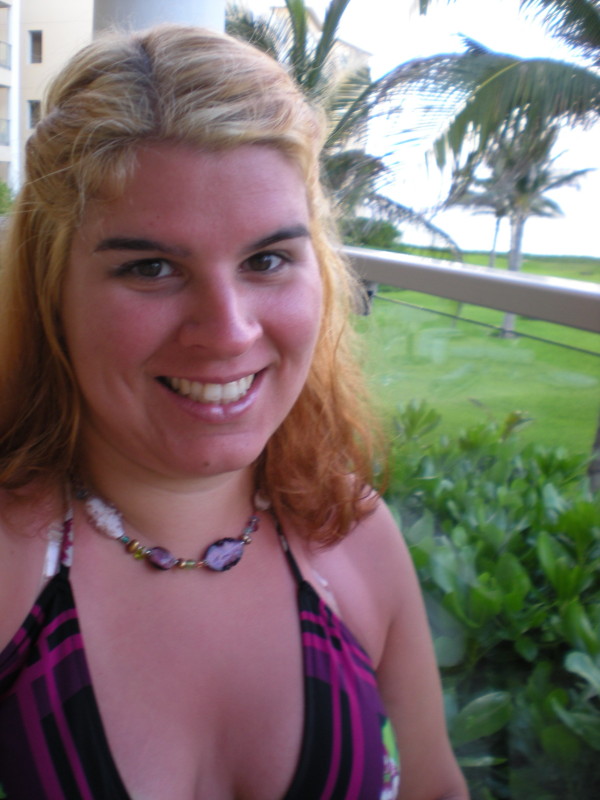 Yup, that’s not a natural color. My friends referred to it as my Tequila Sunrise hair, a perfect replication of the fruity cocktail with the same name. I didn’t let it ruin my trip–there was too much paradise to drink in and too little time for fretting over such nonsense. I soaked it all in, marinating myself in tequila, and didn’t worry my little head about it. 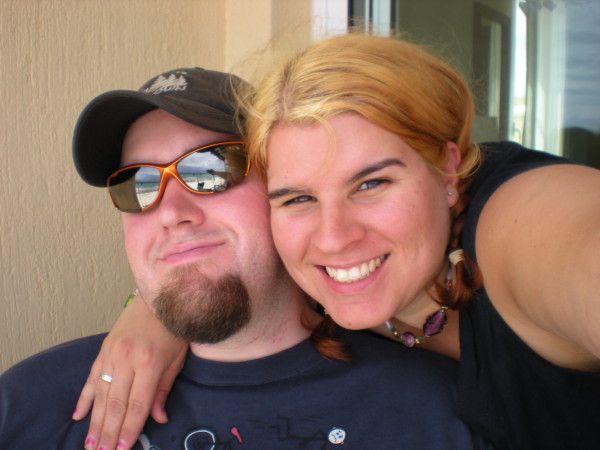 Since then, I have flip-flopped between dark and light hair several times, all in my own bathroom, by my own hands. I’ve learned about anticipating the results of the variables involved: current color + chosen dye hopefully = desired color. For the most part, thanks to elementary education in the color wheel, I didn’t really mess up and managed just fine. That is until this past August. 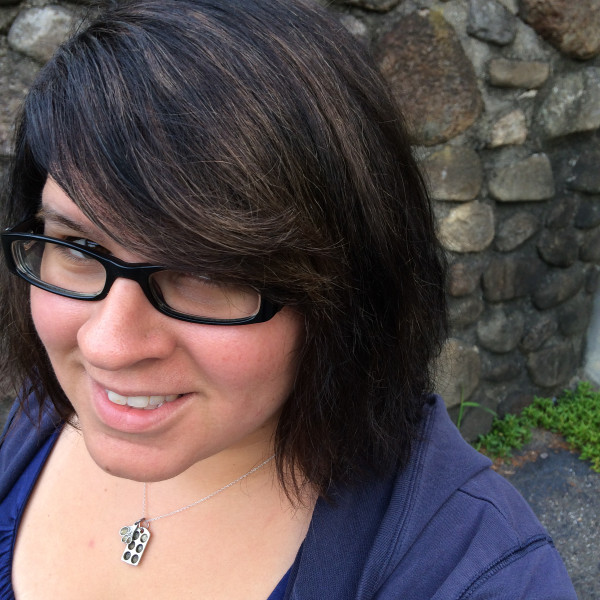 This past August, when I was nostalgic for my naturally darker locks and decided to jump from blonde to brown, but skipped Go, did not collect $200, and went straight for black. Splotchy, streaky, golden, gray, and black. I was not happy. 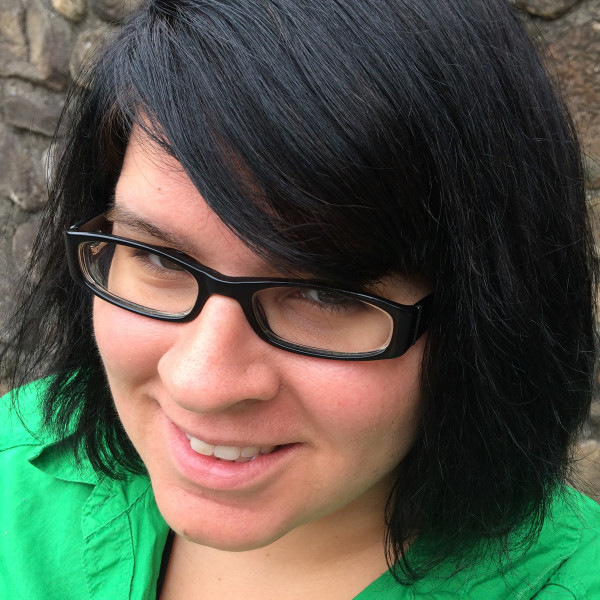 Thinking that re-dying to cover those stubborn streaks might ease my suffering, I added another brown 2 days later. I still absolutely hated it. For a girl who’s used to being told she looks 5-10 years younger than she really is, I felt like I was jettisoned 10 years into the future in one swift swipe of a chemical-laden brush. It was the worst hair decision I have ever made.

I tried trimming my bangs, hoping a change in the shape of the cut would make things better, and instead discovered that realm lies exactly in a field of vision I no longer have–too close for contacts, too far for glasses–and I barely managed a horrible hack job. I put down the scissors and called it quits. 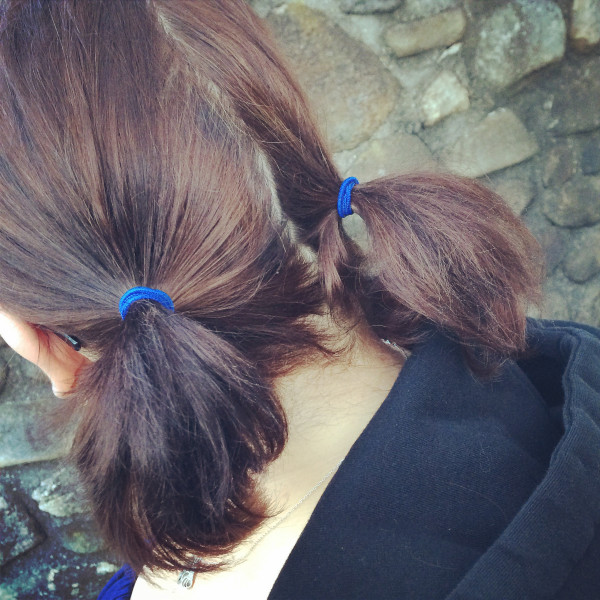 After the Oops treatment to attempt to remove color

Next, I tried one of those products that’s supposed to correct your hair color. I didn’t have much hope for success, but I was truly that miserable. I told myself it couldn’t possibly be worse. (I’ve learned since that it’s probably not the best mantra for continuing insanity.) The time it sat on my head wasn’t long, but I had to rinse for 20 minutes. Which was incredibly boring. I’ll admit I actually texted during most of the time I was in there. I won’t tell you to whom–you can all guess if you’re the lucky person. The odd thing about that whole process was that while my hair was down to a reddish blonde when I stepped into the shower, it somehow returned to a darker brown by the time I got out. No evidence that any color was removed could be found in the tub, despite the initial drastic change. It was one of the weirder moments in home chemistry (and a reminder that there is a lot more at play than merely mixing colors to get the right shade). 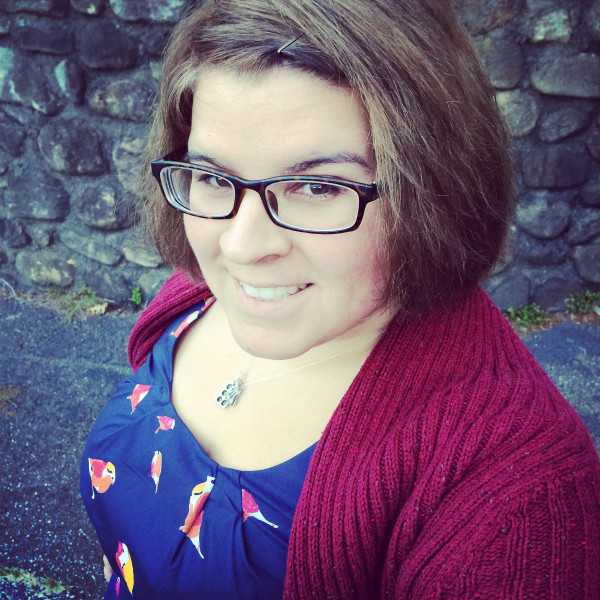 Since then, I have made more attempts at bringing it back down to blonde. Where my color-resistant grays can camouflage as expensive highlights, concealing my deep, dark secret–I’m getting old. Not old as in I need a walker and a special parking spot (though given my natural grace and balance, that may not be that far off). But old as in time marches on, I’ll never be fifteen again, and this will be my new normal. It worked for Betty White. It can work for me, too. 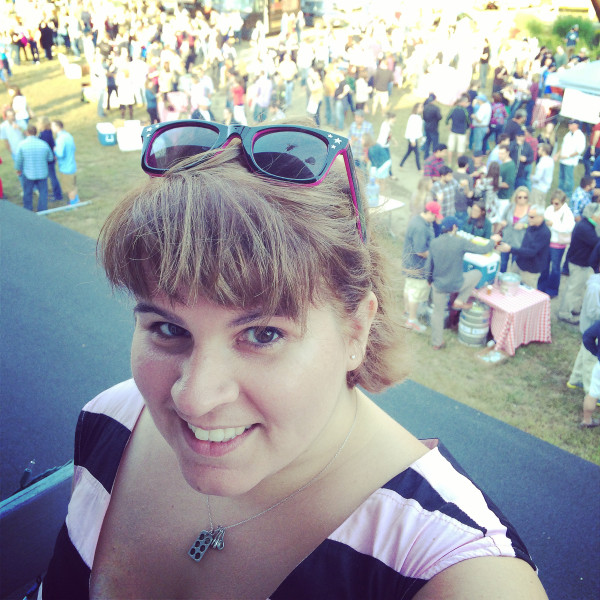 This is after 2–yes, 2–consecutive 9.5 level blonde dye kits in a row

So I’ll never be a hairdresser. I wasn’t hoping for that career, anyway. At least I can be inspired by my first failure and swallow my sorrows in tequila…Tequila Sunrise, that is. It’s become my go-to drink lately, a bit of a reminiscence of where I’ve been to assure myself that I can still arrive where I intend, if I keep persevering. In hair color and in life. It’s all the same–don’t like what you see, do what you can to change it until it’s right. We all make mistakes along the way. Nothing is permanent. Life can still be delicious, despite it all. I am still in charge of that. 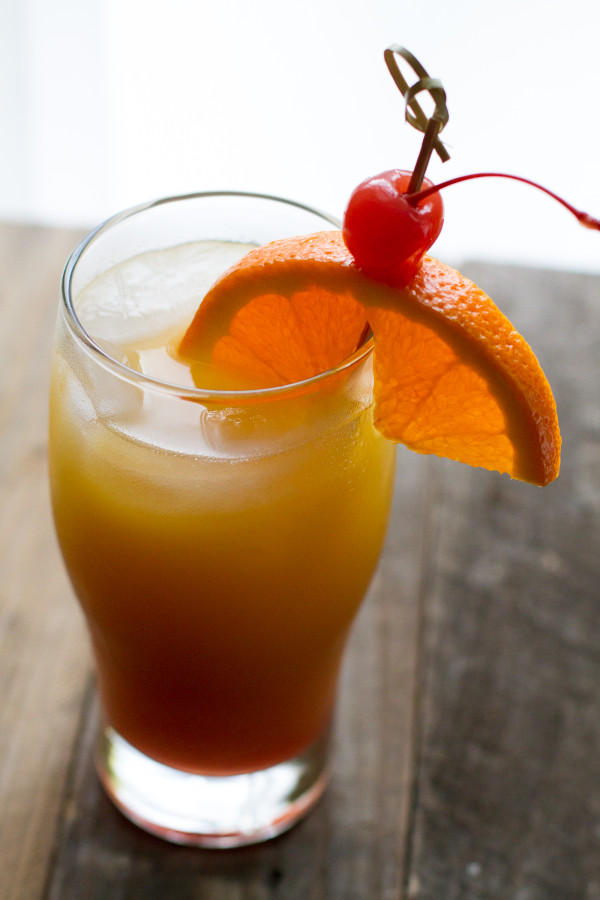 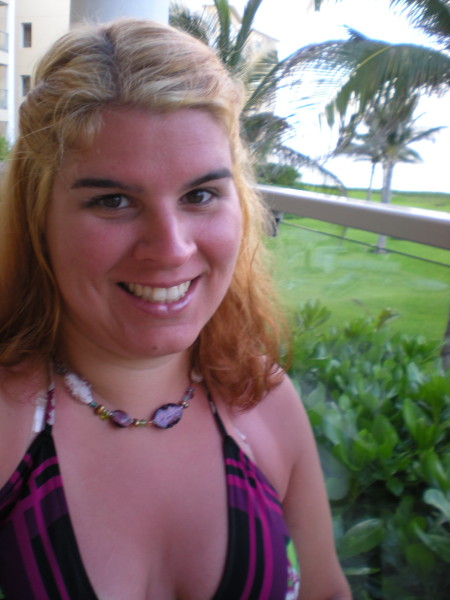 My sunset is a bit muted because I used grenadine syrup and cherries that are not dyed with red dye 40. If you use conventional, your colors will be more vibrant. 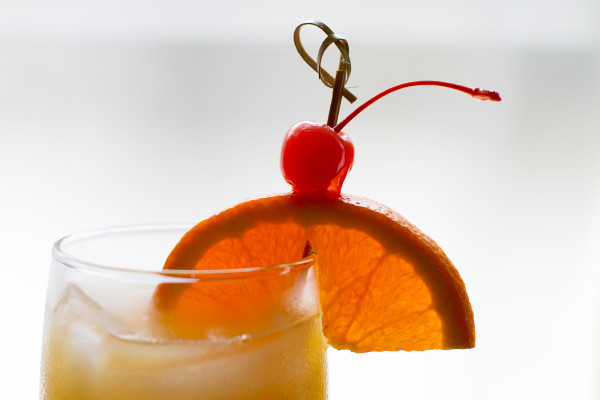