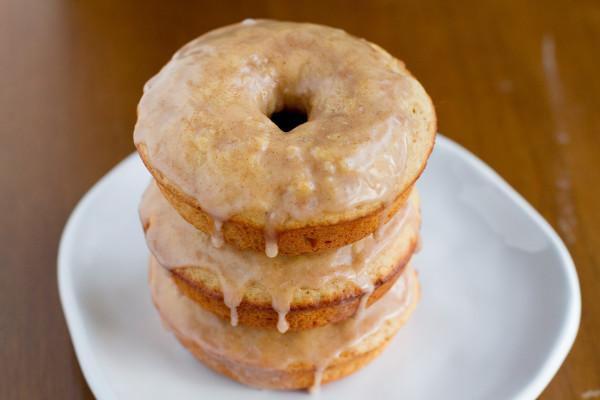 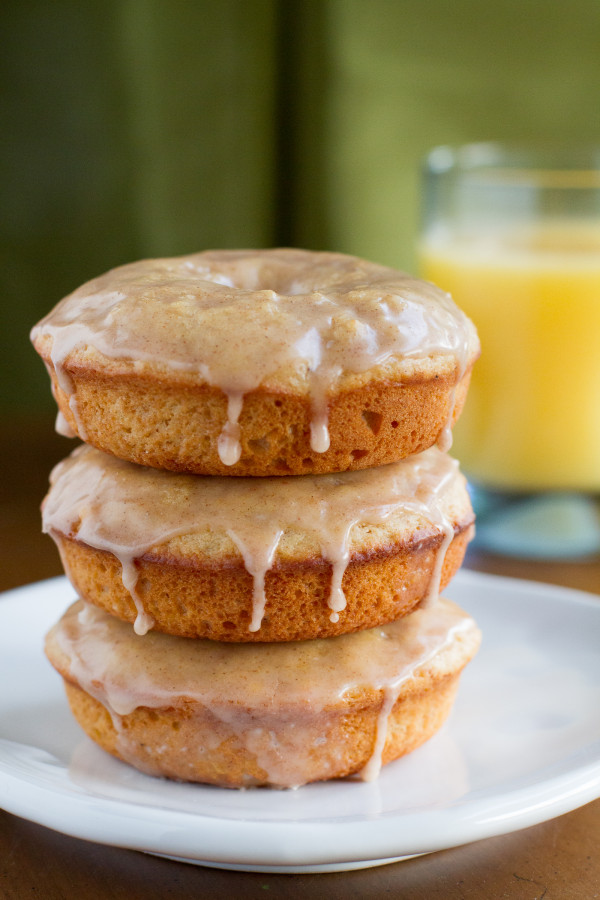 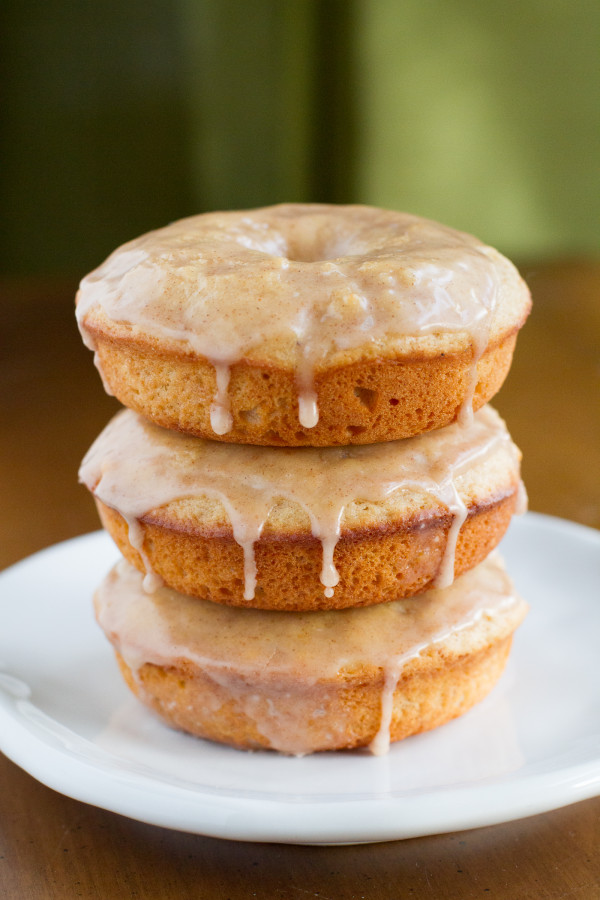 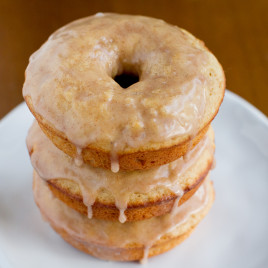 It is essential that you grease the donut pans well, even if they're "nonstick." I don't often recommend sprays but in this case, the baking spray comes in handy to prevent disaster. If you will not be consuming all the donuts after preparing them, cover only loosely; the glaze will become too wet if sealed in an airtight container or plastic baggie.