Summer is full of so many fabulous fruits, but one of my favorites would have to be cherries. Those little orbs–aside from proving to the Witches of Eastwick that they could meddle in other people’s lives–are so packable, so finger-food-friendly, and just so darn delicious. Keep napkins on hand–the juice, sadly stains. 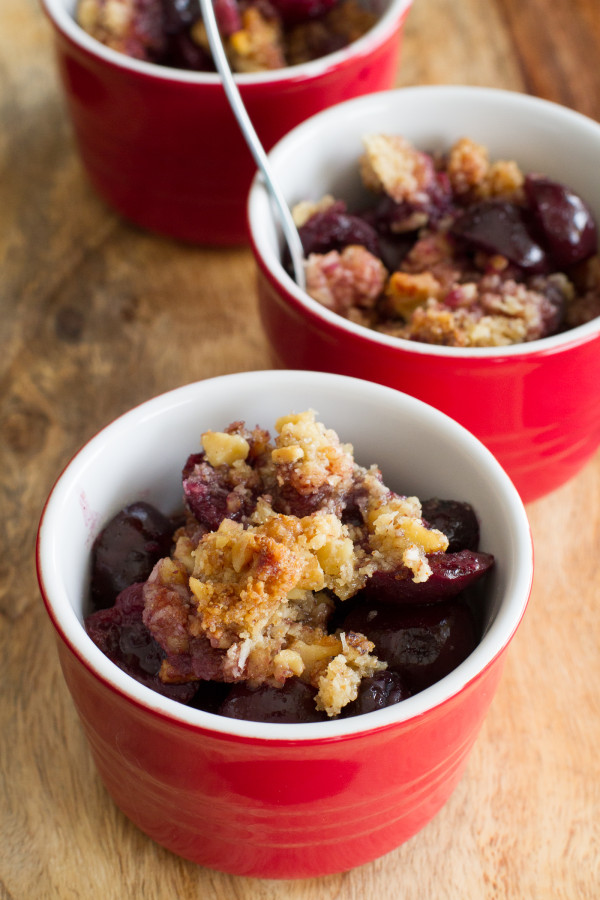 After pitting 6 pounds of cherries in pursuit of the perfect version of the crumble I envisioned–creating spatter scenes that rival Dexter‘s–I finally pulled it off. It only took 3 actual attempts at the same project–paltry when you consider that Bon Appetit magazine test kitchens can make as many as a dozen attempts at a recipe–but it drove me crazy, and I had to figure it out. 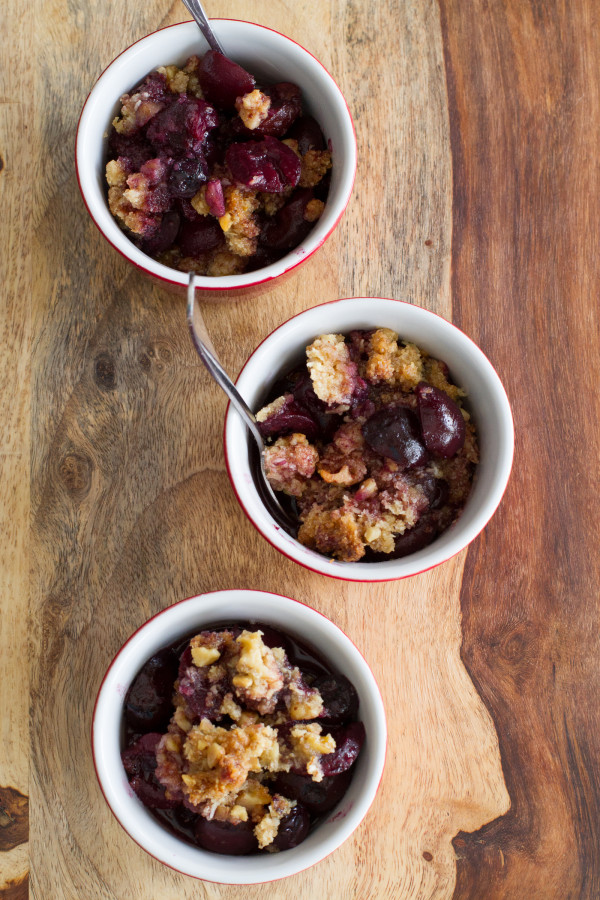 The pursuit itself was very Goldilocks: topping perfect, but the filling was too hard; filling perfect, but the topping sunk into it and was too soft; finally, just right. And I learned a little along the way: like that cherries make a huge mess, and that they release a lot more juice than the firmer apples and pears I’m usually turning into crumbles. I found this problematic at first–what do I do with all of these liquids?–and then I embraced it. It just comes with the territory. 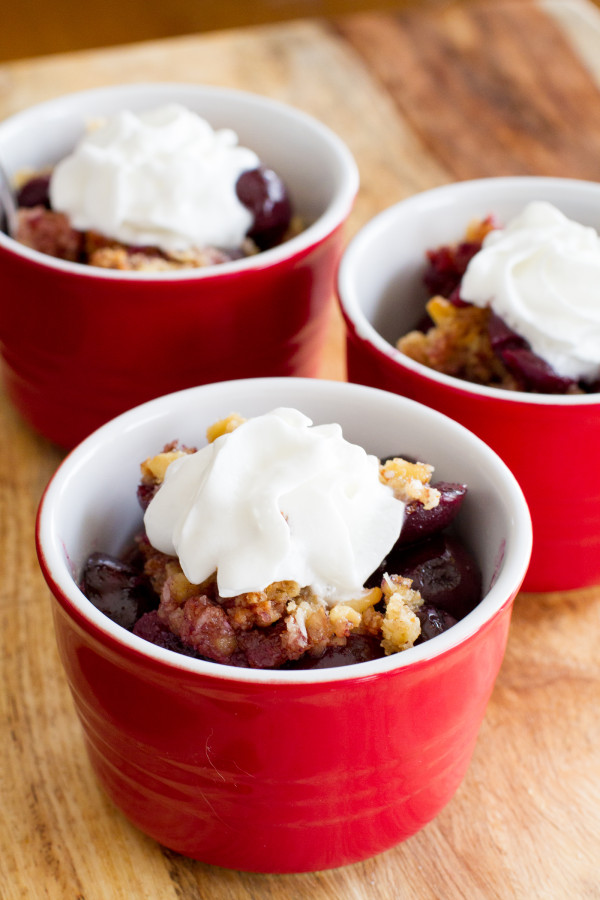 I chose not to use any thickener in this crumble. You could probably add a teaspoon of cornstarch to the cherries and blueberries before baking, but I like the cleaner taste without it. The best part? Your crumble topping will stay crisp. There’s nothing worse than bringing a dish to a party and having it fall short of expectations because of a transformation en route. Last summer, I tried bringing a blueberry crumble to the Big Summer Potluck. The leftovers did not travel home well, as the topping turned to mush. Yuck. By using all nuts for the topping, there’s no need to worry about it going soft. And even if it sinks into your filling, it adds a great flavor dimension for what now becomes better suited to an ice cream topping. It’s all good. 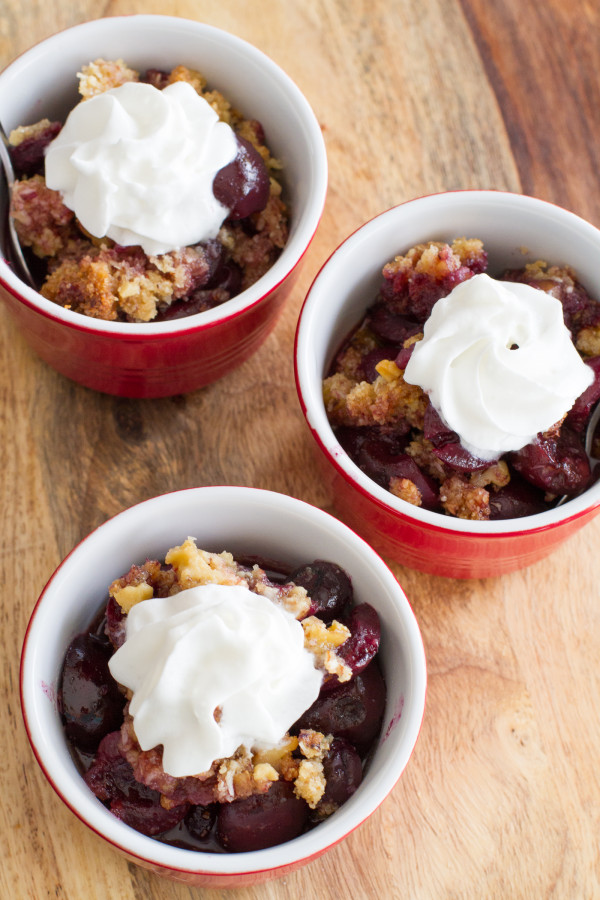 What’s your favorite way to use cherries? 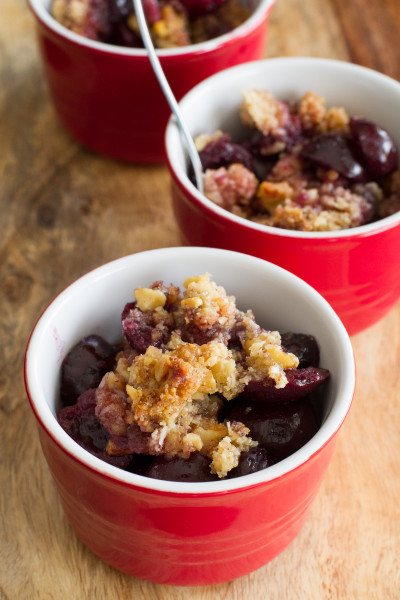 Place a baking sheet underneath your pie plate in the oven to catch any spills.
You can use other sugars in this, but the turbinado sugar gives the topping a nice crunch since it doesn't melt all the way into the topping.