Recently, a co-worker hosted a chili cook-off benefit lunch to raise money for his nephew. His nephew has been diagnosed with Hodgkin Lymphoma and is facing a total of 6 rounds of chemotherapy. The money raised would assist the family with paying for deductibles and travel costs, which will accumulate fast. I’m happy to say there was a great outpouring of support and a large sum of money was raised to help this young man and his family with their tough road ahead. 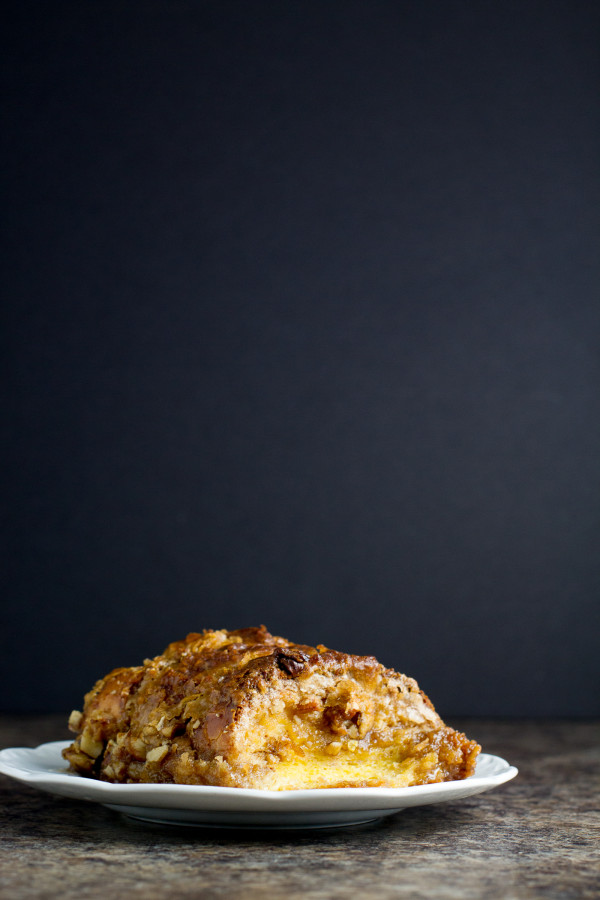 After the lunch, we were left with a gallon-sized bag of sliced French bread that had gone uneaten. Not wanting to waste it, I started brainstorming. And came to French Toast Casserole. I love the idea of French toast. It’s an elite form of weekend breakfast, served only at special occasions or eaten when dining out. I’m not sure why it’s enjoyed so infrequently–it could be that it’s not exactly health food–but it makes the day seem so much fancier if French toast is on your plate. The down side is that someone has to stand at the griddle frying up slice after slice of that goodness, missing out on ambiance of the occasion. She gets to eat eventually, sure, but she’s usually last, when everyone else has already moved on to something else. It’s a lonely kind of job. Which is where French Toast Casserole comes in. 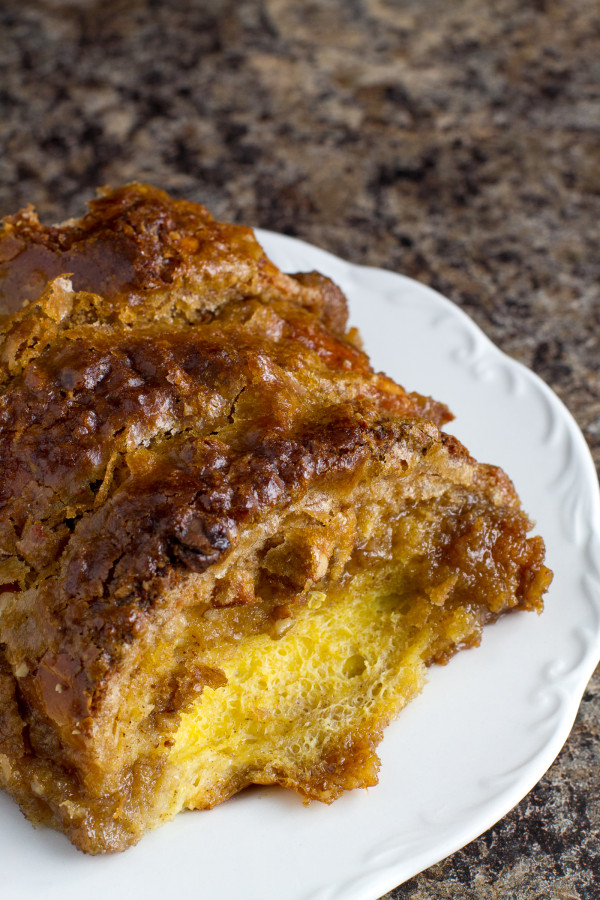 look at that sugar crust!

French Toast Casserole is really a glorified bread pudding. Soak your bread slices in custard overnight, add a topping, and bake in the morning. It frees you up to enjoy the whole meal with your friends and family and lets you pretend that dessert is breakfast. Works for me! So the morning after the benefit lunch, I brought in a dish of this Sugar-Crusted French Toast Casserole. Because I’m so proud of my co-workers and how wonderfully supportive they are of each other. You can’t ask for a better bunch! Whip this up and serve it to someone special to you. They’ll love it! 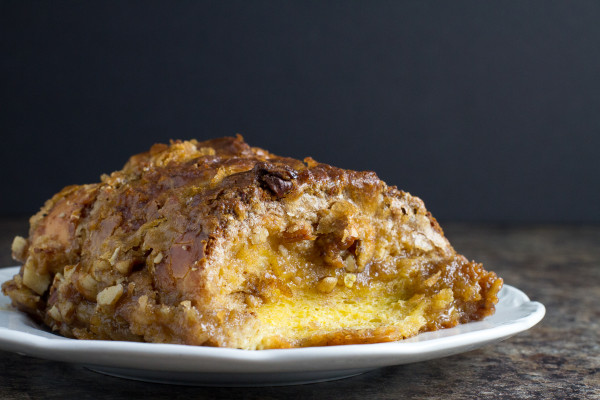 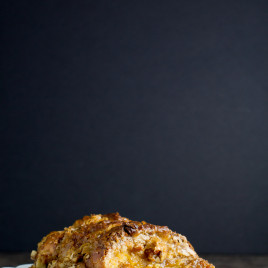 If you would like to help out in the fundraising efforts for this young man, there is a GoFundMe page set up to collect donations. Hodgkin Lymphoma, while a very curable form of cancer, still ravages the body. This family will need all the help they can get.