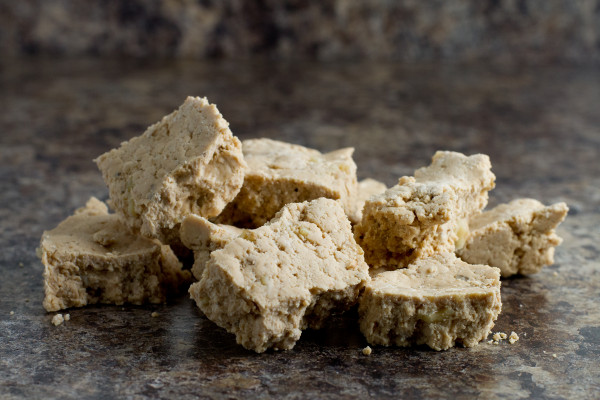 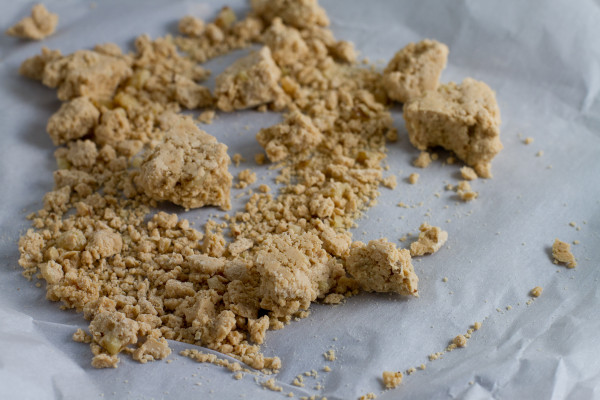 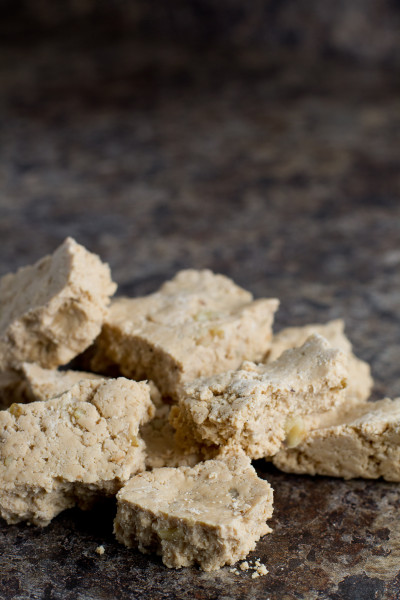 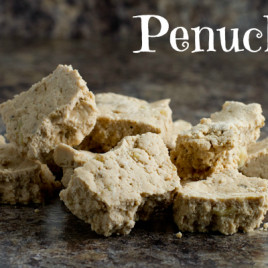 Make sure the mixer bowl and paddle are bone dry before adding the sugar syrup. You can add 1/2 cup roughly chopped walnuts when the mixture just starts to thicken, but be careful not to add it too late--it may seize the candy.