Thursday night was no ordinary evening. Instead of settling down on the couch to help the wee ones with their homework, I was given the opportunity to have a much more glitzy evening. I was the lucky recipient of a ticket to A Taste in Simsbury, courtesy of my boss and his lovely wife, and it was my evening to shine. Or, at least, indulge. Maybe I should have worn the fat pants instead of a dress with horizontal stripes. I hope no one noticed them bulging at the end of the evening. 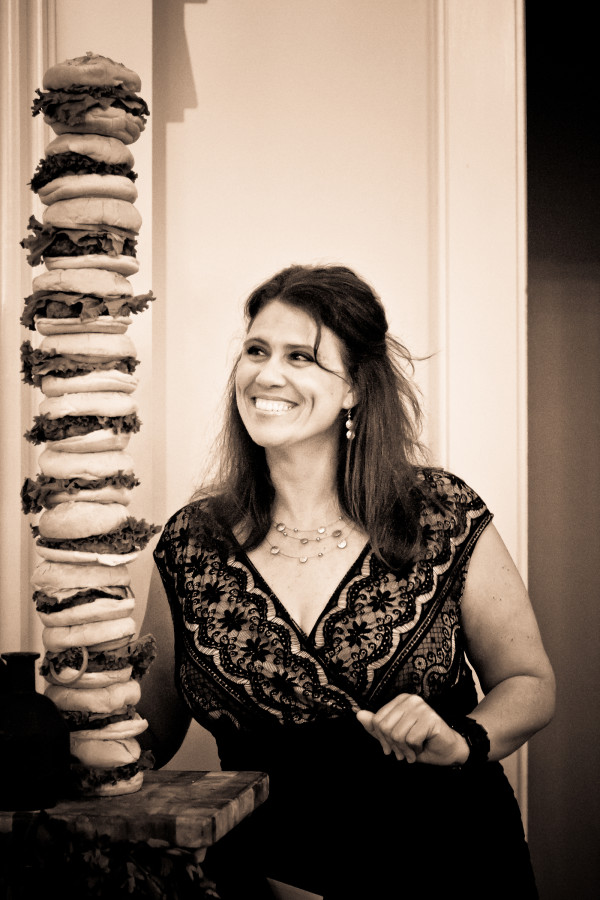 Look at that burger tower from Plan B Burger Bar!

When you attend an event like A Taste in Simsbury, it really isn’t to stuff yourself. You do it to get a sampling of the awesome offerings right in your own backyard. Never been to Abigail’s Grille and Wine Bar before? Now you may want to stop in. You say you haven’t tasted Indian food before? Little India has you covered. And what about those fresh juices you’ve been hearing about for making cocktails? The guys at RIPE Craft Bar Juice can give you the inside scoop. 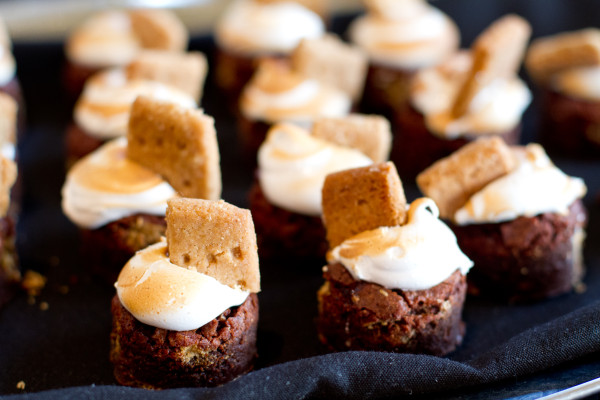 S’Mores Brownies from Republic Gastropub were rich, and completely addictive

There’s nothing quite like a networking opportunity for your taste buds. Growing up, I did not have an adventurous palate. I’m trying to change that. While I might be nervous about sauntering in to a new establishment without having any prior experience with them, I can get my feet wet at a tasting like this and not be so intimidated. We’re all friends here, right? 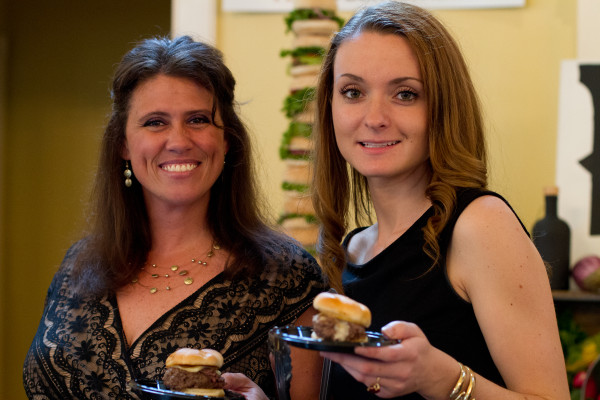 The service at Plan B is always to be commended!

What was my attack plan? I didn’t really have one. I had a general idea of where I wanted to go–sadly, I’m not a shrimp or scallops girl, so I did need to strategize around that–but for the most part, I wandered haphazardly from one booth to another, zig-zagging my way across the room several times. S’mores brownies from Republic Gastropub were followed by Limoncello Tiramisu Tart, which preceded a mini cheeseburger from one of my all-time faves, Plan B Burger Bar. I mixed it all up–apps, main courses, and dessert–and threw in some random beverages periodically, too. It was kind of fun just bouncing around. 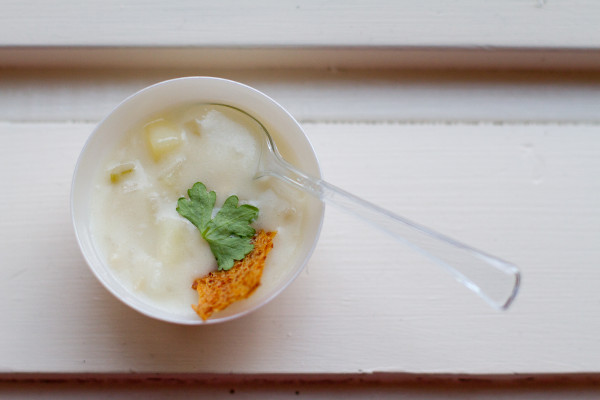 Despite my pinballing, I did manage to visit just about every booth. It took me over 2 hours to do it, but someone had to. How else could I figure out which would be my new favorites? 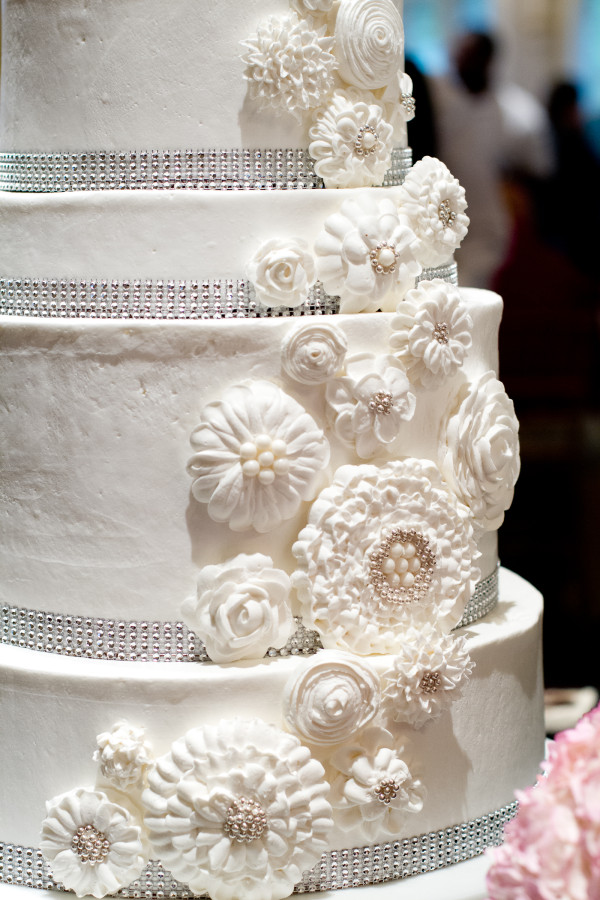 Gorgeous handiwork on this wedding cake from Riverview, which was also the location for the event

To the best of my recollection, this is what I sampled: 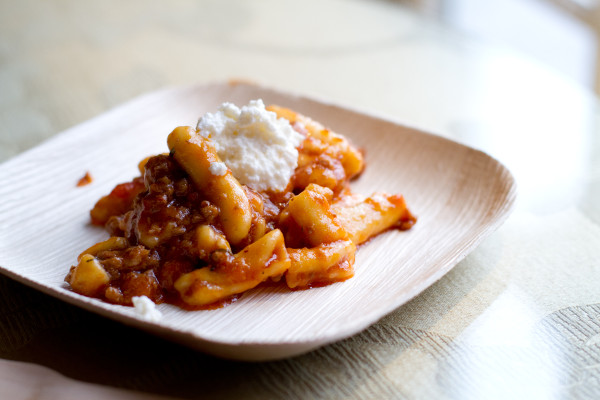 Your belly probably aches just reading about it. 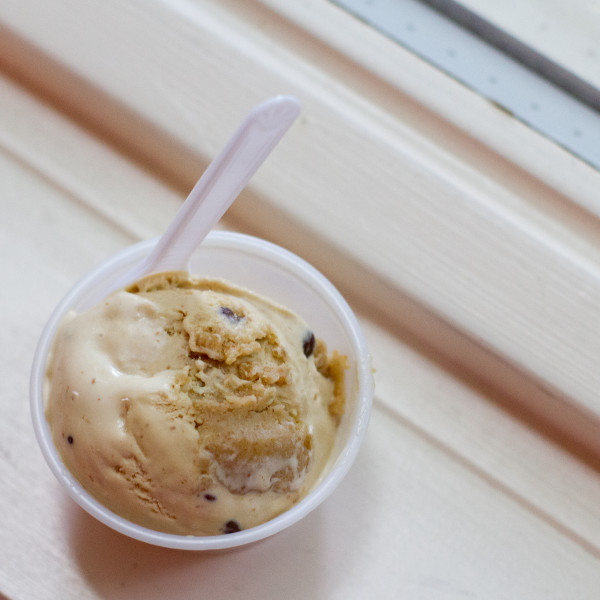 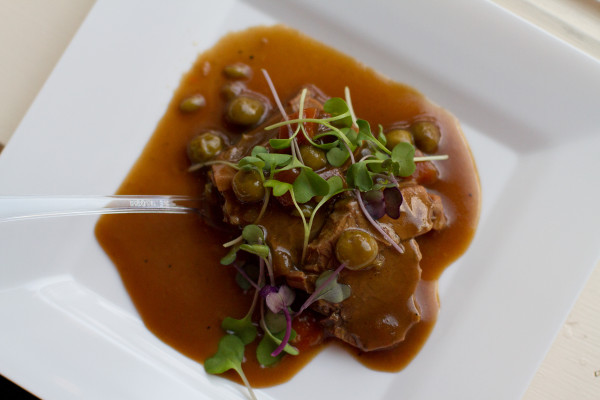 To top it all off, I had the opportunity to spend some time with Cait of Cait Plus Ate. Our paths cross often, with both of us working in the same town, but up until now, we’ve only had a couple brief encounters at Peaberry’s Cafe while grabbing coffee on the way to work. Cait encouraged me to grab a plate of Indian food and give it a go. She showed me that hoppy beer helps calm the spice down. And when she brought me over to RJ’s Spirit Shop’s table to show me a Malbec she enjoyed, she also got us a little something more when she innocently asked What’s that bottle over there?–the next thing I knew, we were given samples-that-were-much-more-than-samples of a wine that sells for $200 a bottle! Wow! Thank you! 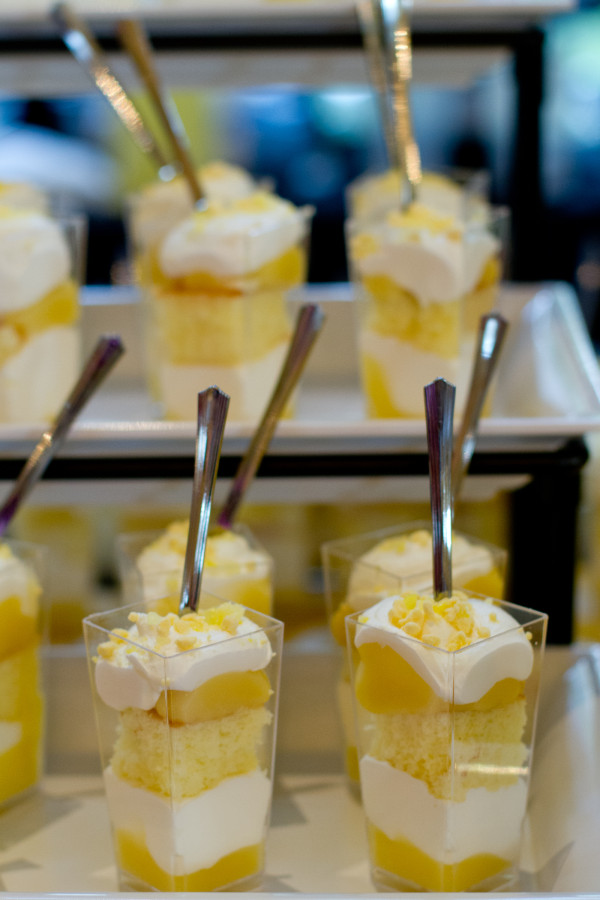 Would I buy a ticket to A Taste in Simsbury next year? You bet. For $50 a person, it’s a steal. There were 26 vendors to choose from and there were no limits on the portions you could take. You didn’t have to feel like a jerk because you wanted to try two flavors of ice cream or one of each item a restaurant offered. And those offerings? They were far more generous than you’d expect samples to be. The best part of all? Being able to talk with the people behind the food and getting to know about their preparations and style. That’s priceless.