I’ve never been much of an egg person: at least, not in my recallable life. I’ve been told I enjoyed them as a child in just about any fashion you could serve them, but some switch has turned off since then and now I pretty much avoid them. Especially anything with a runny yolk. Ewww. 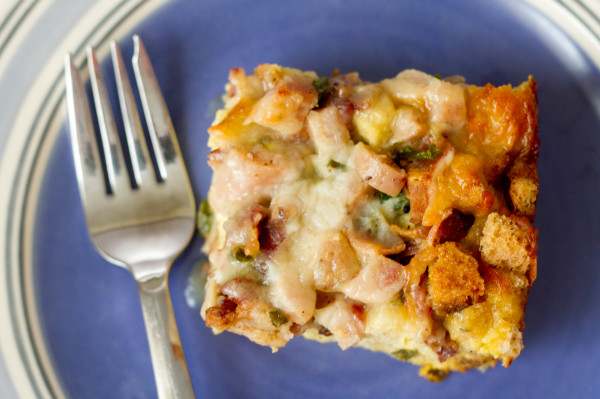 The funny thing is that I crave scrambled eggs every once in a while. I love quiche, when I’m in the mood for it. Custards are just amazing!

I have a split personality when it comes to eggs. Only certain preparations will do. Am I the only one? Eggs are a breakfast staple, especially when you’re trying to avoid sugary cereals and eat something that will stay with you. While you won’t see me scarfing scrambled eggs more than once or twice a year, leaving me with a big nutritional gap to fill in the interim, I could see myself enjoying this Brunch Casserole more frequently. And the best part? After you’ve made it, you have breakfast ready for the next few days. Just 45 seconds in the microwave are all that lie between you and a warm breakfast that will give Cocoa Puffs a run for its money! 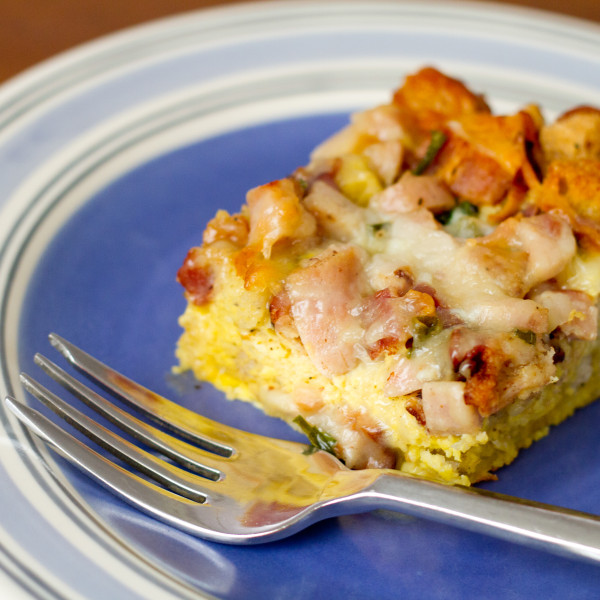 This recipe is an adaptation of one my coworker is famous for. She brought it to one of our parties and we all *HAD* to have the recipe. Since it reheats well, it’s the perfect potluck solution–or a great way to get your kids to eat something filling on chaotic school day mornings. If you’re not a fan of the packaged stuffing mix (and the bagged stuff is light years ahead of the boxed stuff), I imagine you could make your own mixture of cubed stale bread and seasonings to replace it, controlling the ingredients even further. I haven’t tried that, but it makes sense–just be sure the bread cubes are really dried out. 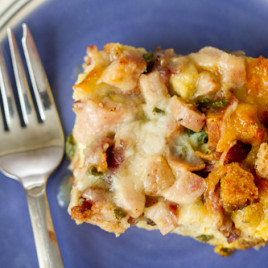