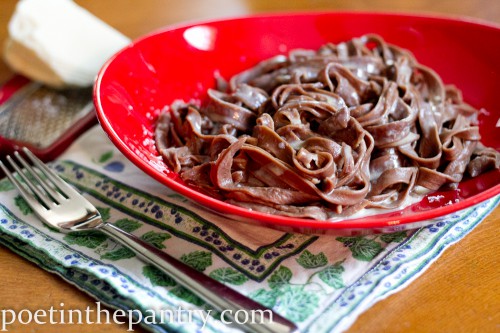 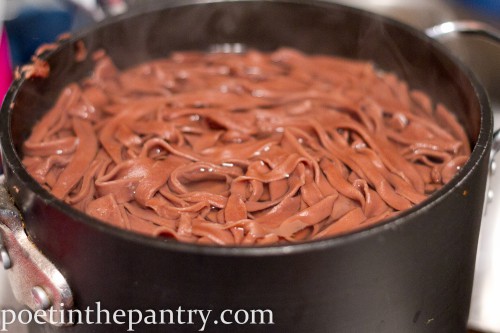 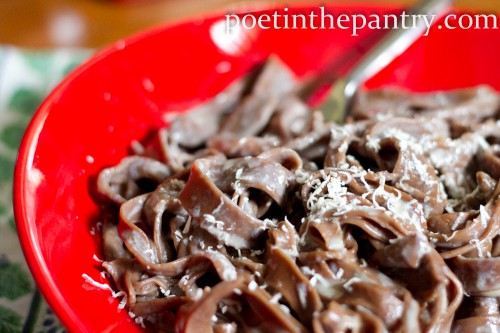 adapted from epicurean.com
Chocolate pasta that you can top with a sweet sauce for dessert, or even a regular tomato sauce for a main dish entree
Print Recipe
Servings 4 -6