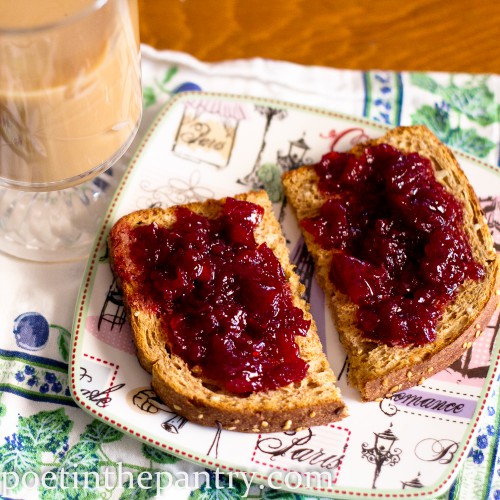 adapted from The Cilanthropist
Cherries and amaretto preserved together to be used as a sauce or sandwich spread.
Print Recipe

It should be noted that the original recipe did not include processing the jam to make it shelf stable. I have used information I’ve gleaned from various sources (including www.canningbasics.com) to adapt this recipe, but you need to understand that this is at your own risk. The Cilanthropist recommended, in her version of the recipe, refrigerating for several months.