Most Mondays around here are full of drudgery. Catching up on the housework that I let slack over the weekend while spending time with my family. Errands. Returning to the work week of a stay-at-home mom. Today, however, deviated from the usual course.

It started with a text message from my little sister asking what I was doing today, and found us an hour away from home–all in the pursuit of donuts. 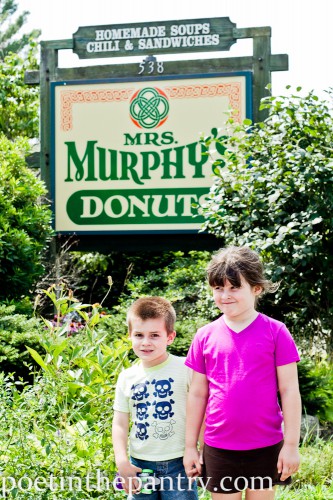 Donuts. They’re certainly plentiful around here, with a Dunkin’ Donuts around every corner, not to mention the plethora of options at the grocery store. But there’s nothing like a handmade donut. The product of someone’s sweat and labor, rolling out that dough and cutting by hand, then frying them at the right temperature, batch by small batch, to perfection. You just can’t beat ’em. 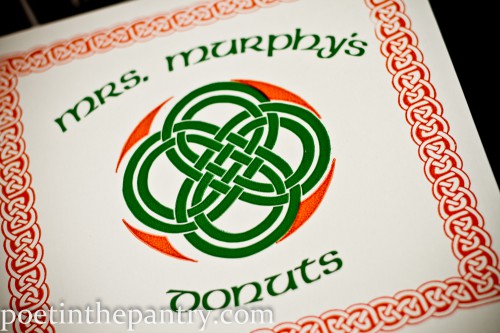 This used to be the norm. For many, many years, when my father wasn’t selling and delivering cake for Entenmann’s, he was laboring over a wooden bench in the back of the local Dunkin’ Donuts kitchen, making extra money by making the donuts. In the name of “progress” and saving money, however, this is no longer the case. Now all you’ll find is a uniform product, mass-produced at a factory bakery for all the shops in the region.

Mrs. Murphy’s Donuts in Southwick, Massachusetts is not only a trademark, recognizable as the gateway to the Big E for the last thirty years, but a treasure as well. In this day and age of faster, cheaper, better, they are about as old fashioned as it gets. No website. No internet presence. And their donuts are the way donuts are supposed to be made. Large, cakey, with a nice crumb–you get your money’s worth. Individual donuts are $1 and a dozen will cost you $7.50. Might as well go for the dozen after driving all that way. 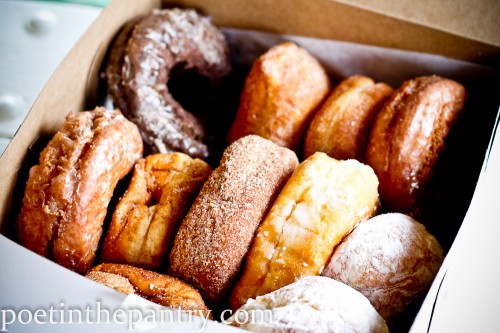 My favorite has always been the coconut, tarred with a dreamy glaze, then feathered with sweetened, flaked coconut. Sadly, they had none in the case this time. Instead, I filled the box with an assortment of classics: chocolate glazed, honey dew, Bavarian cream, cinnamon apple filled, cinnamon, cruller, raspberry filled… So many great options to pick from!

The kids eagerly ripped into their halves of a cinnamon donut, instantly coating themselves head to foot in the sticky, sandy cinnamon sugar. They smiled and begged for more. Next, they split a chocolate glazed. I grabbed a quick bite from my daughter’s portion and had to agree with her assessment–the cinnamon donuts were better. The chocolate was not particularly sweet at all–unexpected in a donut–and deviated significantly from the way I remember them. The glaze did balance out the overall sweetness, but the interior was dry and thirst-inducing. The cruller I sampled, however, was the mark of perfection. Crispy brown exterior bathed in a decadent glaze, cakey with just the right moistness inside, and not so sickeningly sweet that your teeth ache. Mmmmm! The large, cylindrical portion of fried goodness was quite filling, too, which was somewhat problematic for further taste-testing. But there are no complaints here; we will heartily consume the rest over the next couple of days. 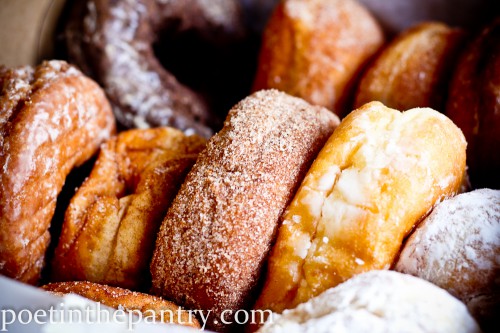 It has been at least five years since my last pilgrimage to Mrs. Murphy’s Donuts. It won’t be five years before I return, I can promise you that. If you’re ever in the Agawam-West Springfield-Westfield-Southwick area of Massachusetts, get yourself on over to Route 10 and try a Mrs. Murphy’s donut. They’re open 7 days a week and accept cash only (there is an ATM on site, saving you the trouble of driving down the road to find one). They also boast an assortment of pastry items, like mint whoopie pies, apple crumb bars, and cupcakes, and a lunch menu, but to be honest, I only go there for the donuts. Getting something else would be like going to Target for produce–that’s not really what they’re known for.