If you’ve ever lived in New England, you know that there is one topic anyone is willing (and likely) to discuss: the weather. It could be because it is always changing (the only aspect of it that is dependable). One thing is certain: it seems to be a bonding subject, bringing complete strangers together in their common lamentation over the latest meteorological manifestations.

Today, I’m going to initiate you into this tradition. 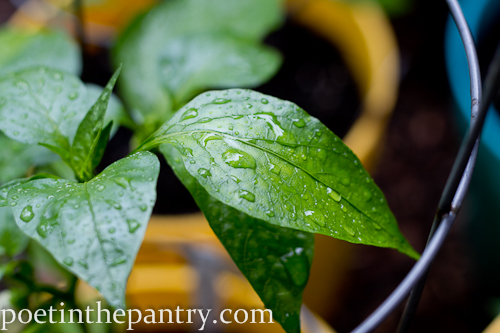 Last week, we had near-record-breaking heat: 100 degrees on Wednesday. It was a sultry, sweaty kind of day during which I escaped to the blessed air-conditioned indoors. (Thank you to the inventor of air conditioning! You are my hero!) That evening, a fantastic storm broke out, the sky alive with bursts of lightning, and the rumble of thunder so strong and constant, the dishes began to rattle. It was a heck of a summer storm! 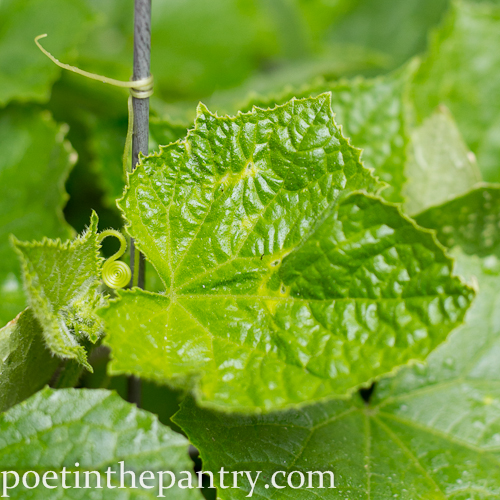 Mother Nature impressed me with her light show, but the heavens have continued to cry ever since. Nearly every day following that active storm last week, we’ve had rain. And cool temperatures. A gray, dreary experience for what is supposed to be the early days of summer. A miasma has descended, draining my energy to the core, and taking with it my kitchen inspiration. I just do not feel like cooking. 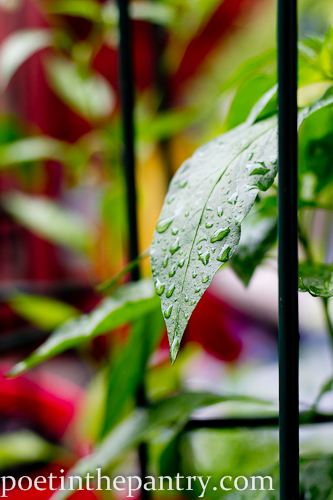 Worse yet, my container garden–my pet project that exploded into a huge plot of pots!–is suffering. One of the plants, purchased at a local nursery, introduced fungus gnats to the herd. With all this moisture, they are nearly impossible to combat. This is their kind of weather: they thrive in it, populations exploding as they do their little rain dances of joy in the containers, eating up the roots in feasts of glory to the rain gods. I gave up on one of my basils yesterday, sending it to plant heaven long before it should have made that journey. Two of my newly-potted bell peppers look like the next contenders with their soil alive and jiving with partying pests. All that hard work–all that convincing other people to help me get this garden going while I rehabilitated (and then doing a lot of the work myself anyway, before even reaching 3 weeks post-op)–going down the tubes with every drop of rain. It’s enough to drive one to drink. If only I could…

Maybe New Englanders talk about the weather so much because it affects us so deeply. The breezes and blustery winds sway our moods as easily as the fragile tree limbs surrounding us. Or it could be because our livelihoods can depend closely upon what Mother Nature decides to bestow upon us. Fishermen and farmers alike, our ancestors had much to fear from temper tantrums from above. Perhaps we’re just boring folks, with nothing more to share than the obvious. (“Hot today, isn’t it?” “Yup, it’s a scorcher.” “Wow, that’s a lot of snow out there.” “Yup, it sure is.”) But really, I’d like to think that we’re just trying to invite people into our own little worlds with whatever common ground we can find. Everyone can talk about the weather without fear of social stratification and alienation. So maybe–just maybe–we’re not as snooty as everyone thinks. Perhaps we’re just inviting you into the club when we turn to you and say, “It’s a cold one out there today, isn’t it?” Consider this our secret handshake. Welcome to the club! 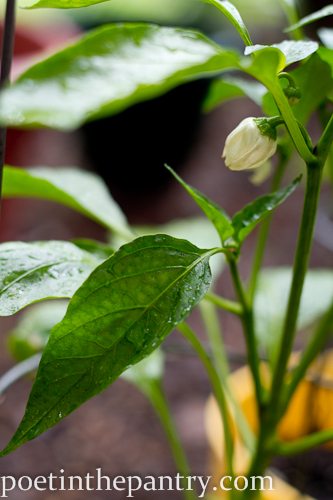 Will this one survive the weather? Only time can tell...