We’re all so tough on ourselves, aren’t we? We hold ourselves up to unrealistic ideals, then feel badly when we fall short of them–even though we’re the only ones who even know about our short-comings. It’s all so ridiculous, isn’t it? 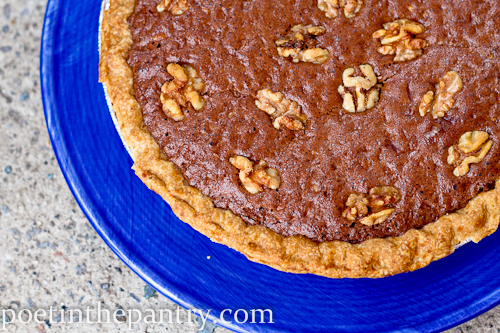 Pie is one area where I am particularly tough on myself. In order for a treat to count as “home made,” I feel like it has to be made from scratch as much as possible. Not for other people–just myself. So if I rely upon convenience items, like boxed cake mixes and pre-made crusts, a little part of me inside worries about discovery of my fraudulent presentation–that it really isn’t the product of my work at all, but rather, the Pillsbury dough boy’s. It’s like cheating on a test–it just doesn’t seem worth the risk of ridicule. The truth is, most people don’t care. As long as the final product tastes good, that’s all that counts. 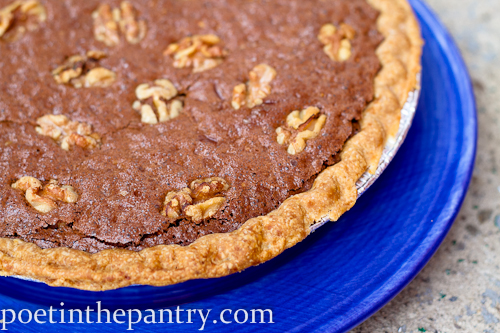 In an attempt to remind myself of this, even though I had been putting off making pie for a while now due to lack of enthusiasm for making my own crust–and reluctance to rely upon one from the frozen foods section–I made this pie anyway. Please don’t burn me at the stake for it. You can make your pie crust from scratch if it makes you feel better.

If you like pie, you’ll really like the blog I got the recipe from. For Your Pies Only is focused on both the savory and sweet options, presented by Sunny in Syracuse, who can make any day sunny. (You should follow her on Twitter, too!) She gave me a reality check with her Slice of Advice. There she recommended buying pie crust if you are holding yourself back because of having to make it yourself. She’s right. Don’t let something silly like that prevent you from a tasty treat. Nobody cares–and anybody who does doesn’t deserve your pie anyway! 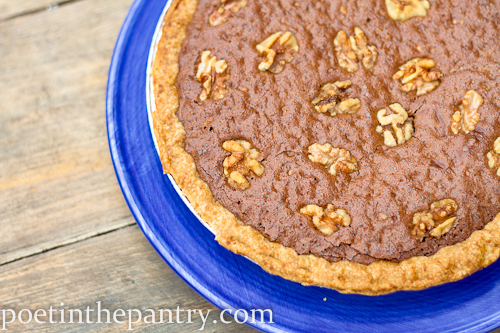 I did alter the recipe a bit, changing out the corn syrup for maple syrup and adjusting the measurements for some of the ingredients. I also used walnuts instead of pecans and bittersweet instead of semi-sweet chocolate. Either way you make it, you’re sure to love this chocolatey, fudgy pie. It makes no excuses, and neither should you. Life is too short for that! 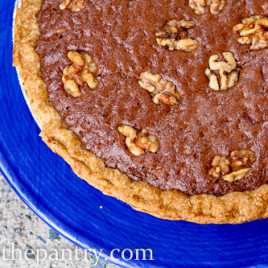