To my mother-in-law! While the kids and I were in New York City with friends so we were not able to celebrate with her on the day itself, we brought cupcakes to our Fake Easter celebration so we could all sing “Happy Birthday” to her. You can’t run from the passage of time! 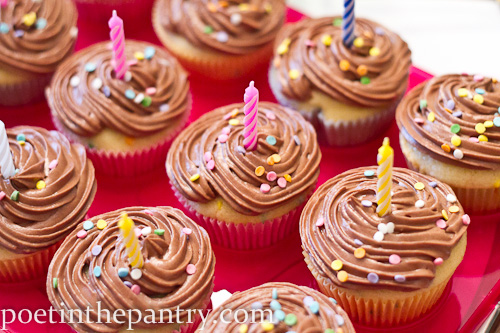 You’re probably puzzling now over what the heck “Fake Easter” is. It’s become a sort of tradition in our families that since our schedules often conflict (whether it’s because my grandparents aren’t home from Florida yet, my aunt has to work, my sister-in-law is on a cruise…), getting together with the whole family on Easter itself isn’t always possible. Fake Easter evolved from this–necessity is the mother of invention, after all. My mother and/or mother-in-law select a more schedule-friendly day and we gather the whole family then, in the name of Easter. Fake Easter. 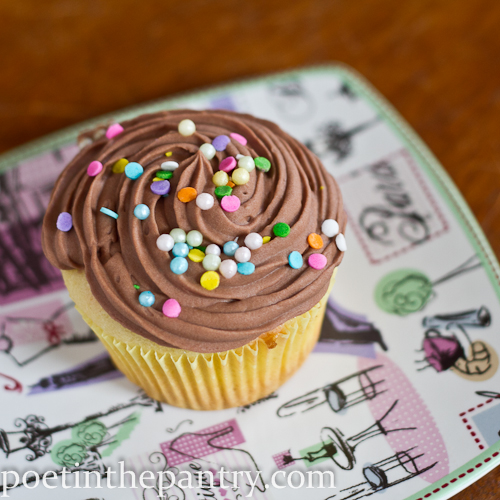 As it turned out this year, real Easter didn’t work for anyone. My side of the family involves working with about 30 people’s lives, so it’s always more difficult to find a date that jives. This time around, that will be next Sunday. My in-laws had their party yesterday, minus my sister- and brother-in-law (who are on a cruise this year–lucky them!). Where does that leave us for real Easter? Just the four of us, home, enjoying a quiet Sunday. Much-needed after this Friday and Saturday anyway. And with leftover cupcakes from my mother-in-law’s birthday–for a happy re-birth day, too!

I have had a difficult time so far in finding a yellow cake recipe that exceeds box mixes. Sacrilege, I know! This Yellow Confetti Cake from Buns In My Oven is getting closer. Much moister than the Magnolia Bakery Vanilla Birthday Cake I’ve made, but it seemed to be lacking something. Maybe more salt? Or the coconut milk I used was the culprit? This could be it, with an adjustment or two… 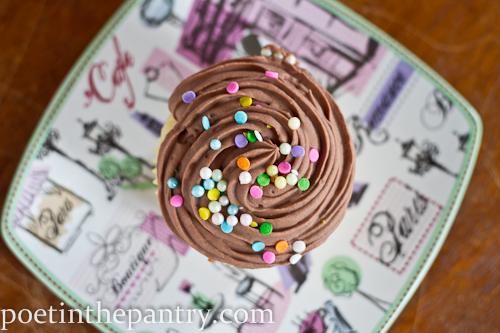 The frosting seemed off initially. Part of it was most definitely my impatience–I had planned on using my mom’s “secret” mocha frosting recipe but forgot that it calls for raw egg and shortening. At the last minute, I had to come up with a mocha substitute that didn’t require a lot of waiting for ingredients to cool. I ended up doubling the Chocolate Coffee Buttercream from A Baked Creation (using instant espresso instead of coffee), but the consistency was far looser than I was expecting. I probably did not wait long enough after melting the bittersweet chocolate. It tasted fine, just was a bit runny. Coming out of the freezer today (where I stashed the leftover cupcakes), however, it is divine. So give the chocolate some time to cool before you add it to the rest of the ingredients or pop it in the fridge or freezer after to allow it to set some more and it’ll be fine.

(Edited to add: if you read this before 8:25AM on Monday, April 25th, I inadvertently listed the ingredients for the frosting as including 2 cups of cream. It should have been 1 cup of cream. I apologize for the error.) 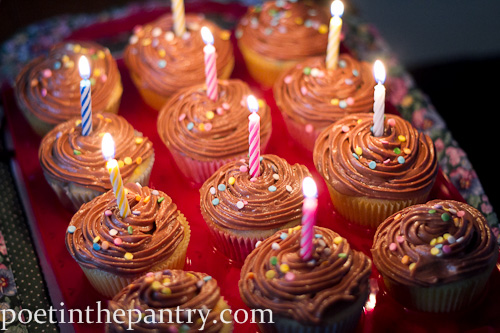 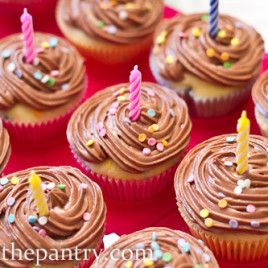