Sorry to disappoint, but this is not a food story. Fair warning!

Saturday, I spent the afternoon photographing the mogul skiing competition at my home hill, Ski Sundown in New Hartford, CT. For a small hill, they’ve come a long way in the last few years and are now the leader in mogul skiing in Connecticut. 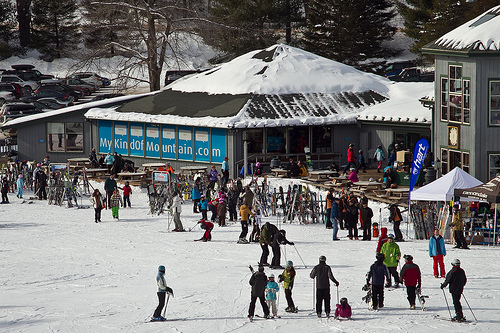 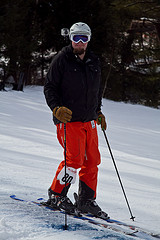 I know what you’re thinking–skiing in Connecticut? Why bother? Are there even hills there? Yeah, we don’t have the altitude of Vermont, New Hampshire, or Maine (and forget about out West!) but when you’re stuck in the “flatlands” that aren’t so flat, you appreciate what you can get. Having first-class skiing available only 14 miles from home is an asset not to be ignored!

Saturday was the 6th Bump or Bust competition–the first was January 2008. There are now two bump events per season: the first in January, formerly on Temptor but this year it was on the lower Stinger/Exhibition trail, which is more visible; the second in March on Gunbarrel. Both events will be sponsored by Suburban Sports of Berlin, CT this year.

My husband was happy to finish 4th out of 7 in his age class, a huge improvement over last year! Yay! I just stayed on the sidelines, taking photos. Bumps are not for me, but I can still appreciate them.

If you’re in the area, you should come check out the MogulProShop.com Bump Competition on March 19th. This is the biggie, even luring Meathead Films down to film 2 years ago, when it was known as the S7. Randy “The Hammer” Grasso, who has been featured in many of their movies, won the event. Iconic Radio Ron also skied the course and took photos with fans, much to their delight. (I’ll share a secret with you: if you have the Meathead Films movie that features the Ski Sundown competition that The Hammer won, I’m in that footage three times!)

Come see for yourself how great skiing in Connecticut really can be! 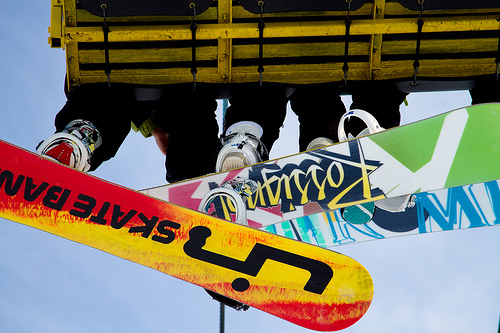 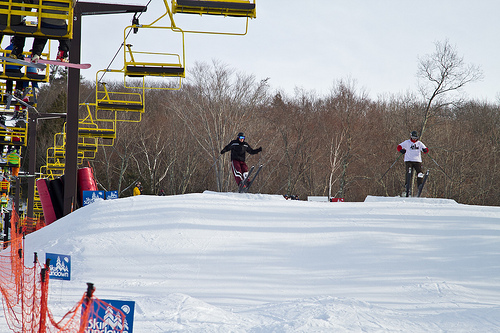 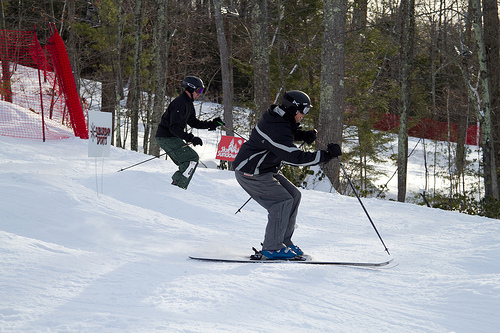 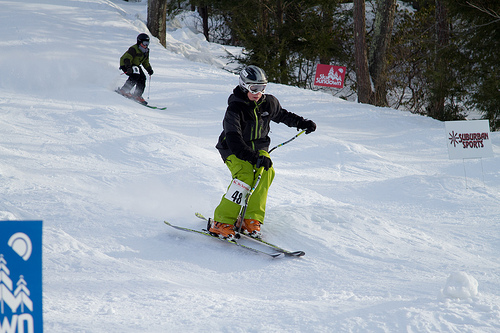 And don’t forget to check out AlpineZone.com for more photos and discussion about the competition!