Last Friday’s trip to BJ’s was a serendipitous event. There on the shelves with the other produce–strawberries. Not the out of season tasteless things that mock you with their presence, but the fragrant, delicious, crimson bites of summer. I couldn’t resist picking up carton after carton and inhaling their delectable aroma, transporting myself to a warmer clime and time.

The problem is that I’m so settled into winter in the Northeast that it took a while for inspiration to strike on what exactly to do with those bright red beauties, other than just eat them straight on. 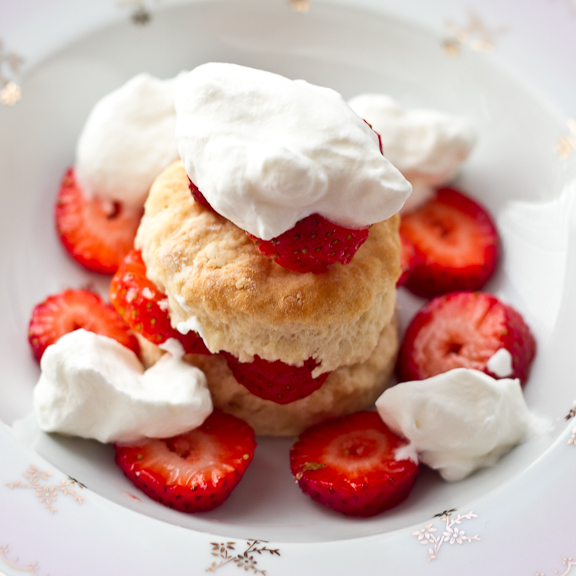 Biscuits. That’ll do the trick. I googled for a recipe and found a tutorial on YouTube from one of my favorite shows when we had extended cable, Good Eats. I probably should have watched the whole thing first before starting but bah, that’s for amateurs. (On the other hand, I recommend that you do… or at least glance at the instructions below so you’ll be a step ahead of me…)

Just before I started the video, I began transferring my fresh 10lb bag of King Arthur unbleached all purpose flour to the flour jar. The bag slipped out of my hand, almost as if it were in slow motion, yet I could not stop the inevitable. I watched helplessly as a cloud of white covered the pantry walls and cabinet doors, all over the dog’s water bowl and floor. There the bag lay, split down the side, a wounded soldier–a casualty of a sneak attack. I was frozen–where do you start with a mess like that?

Somehow, I pulled it together. Cleaned up the mess, mopped the pantry floor (which needed it anyway), transferred the remaining flour, and moved on. I’m such a klutz. 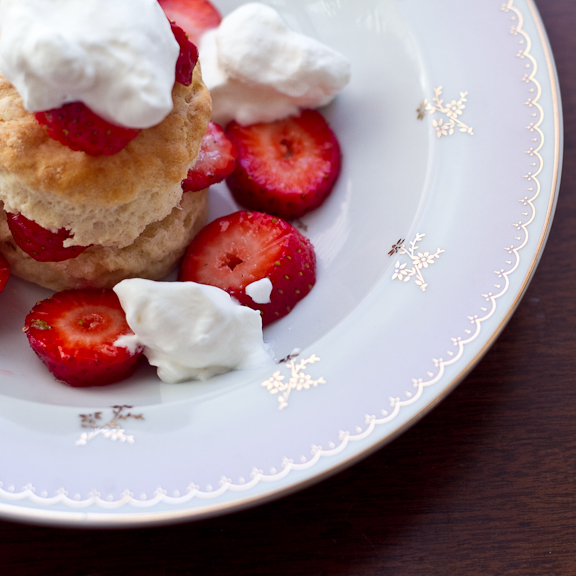 The recipe is easy to follow by watching the video. Don’t go to Food Network’s website for the written version because it’s wrong. But do pay attention–if you want to make shortcake (which is what I probably should have made), you need to add sugar. I didn’t catch that part until my biscuits were already cut and lined up on the baking sheet. Oh well–they’re great regardless. Not bad for a Northern gal. 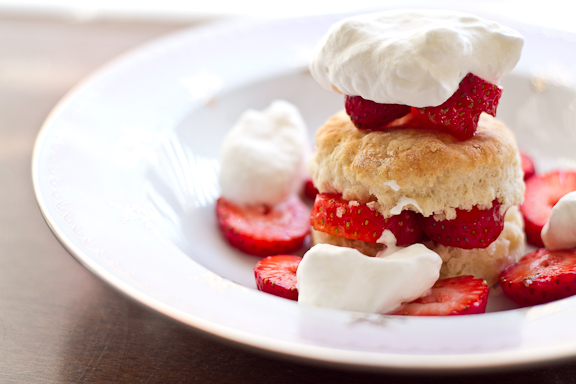 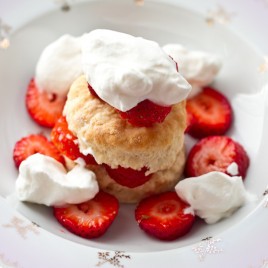