I’m not cut out to be a morning person. I like my late nights, working in the silence of early morning while everyone else slumbers. “Seinfeld” repeats on the TV in the background, snuggled up in my bed, I get a lot more done than I can during the day with the crazy kids running around. The problem is that this leads to trouble getting up in the morning. This is why I requested afternoon Kindergarten for my daughter. Since the bus picks her up right in front of the house, I don’t even have to be presentable until 3PM when it’s time to trudge up to the real bus stop to pick her up. 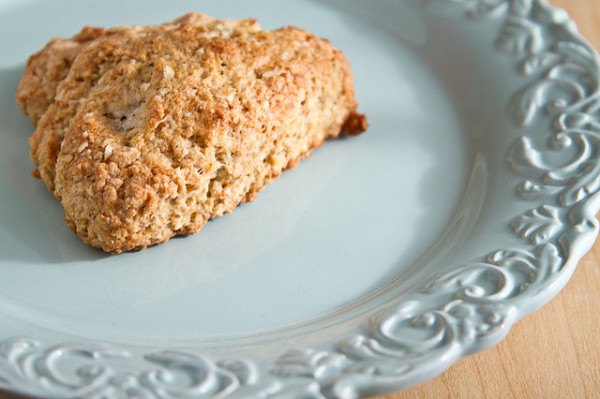 Snow delays, however, mess with my plans. The 2-hour delay this morning should not have affected us: morning Kindergarten gets canceled, but afternoon Kindergarten is supposed to go on, same as usual. Except it didn’t. At the usual time, I threw on a jacket, grabbed the girl, and we went out to wait in the snowy driveway for the bus’s appearance. We waited. And waited. And waited some more. The next thing I knew, 20 minutes had passed, school was starting, and the bus was nowhere to be found.

I dashed inside to make myself somewhat acceptable for public appearance and found the little guy sitting on the potty, waiting for his butt to be wiped. Damn, damn, damn! He was still in his pajamas, too, despite having his clothes laid out for him an hour prior. Rush, rush, rush! I was not planning on this! 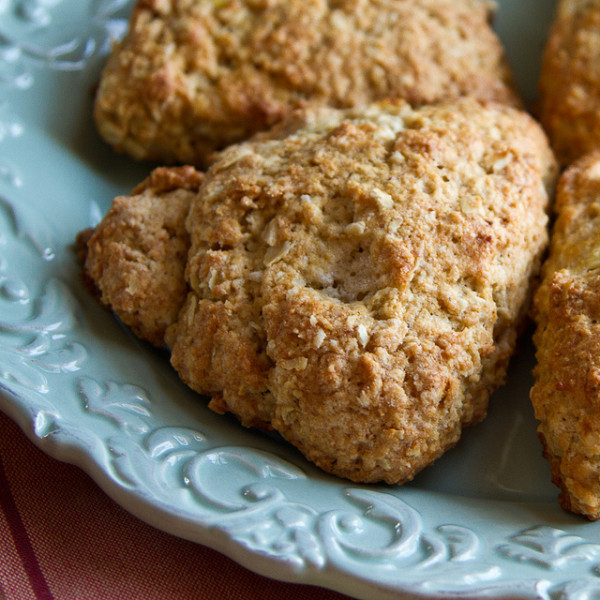 Finally, we were all ensconced in the car, luckily only minutes away. But since my daughter usually rides the bus, I didn’t know where to drop her off. She told me one of the five entrances to choose from, but that door was locked. Back to the car, we had to drive over to another parking lot to get to the main entrance door where we were buzzed in and I had to go to the principal’s office–I felt like I was in trouble. All I had to do was sign her in and she was fine to go to class–15 minutes late–but I was in a tizzy. What a whirlwind!

Going bananas… Yeah, life with kids is like that. Luckily, I made some Banana Oatmeal-Nutmeg Scones this morning before the craziness. Biting into one when I got home was a reward for managing to get ourselves together to get her there in only 15 minutes. But also a reminder that unless I want to go bananas again, maybe I should do a better job of getting myself ready in the morning. 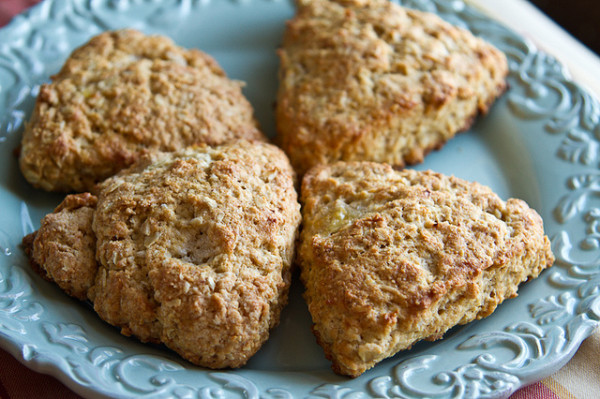 The recipe comes from Baking: From My Home to Yours

. I was looking for something different than the typical banana bread or muffins that is often the destiny of blackened bananas on countertops everywhere. What was nice is that this isn’t overly-sweet, though you could add some strawberry jam to perk it up a bit and your fillings would feel just fine. The chunks of banana worked well in this scone. I was unsure about the nutmeg at first and almost switched it out for cinnamon, but now I’m sold–I’ll keep it! Going bananas… not so bad in the end. 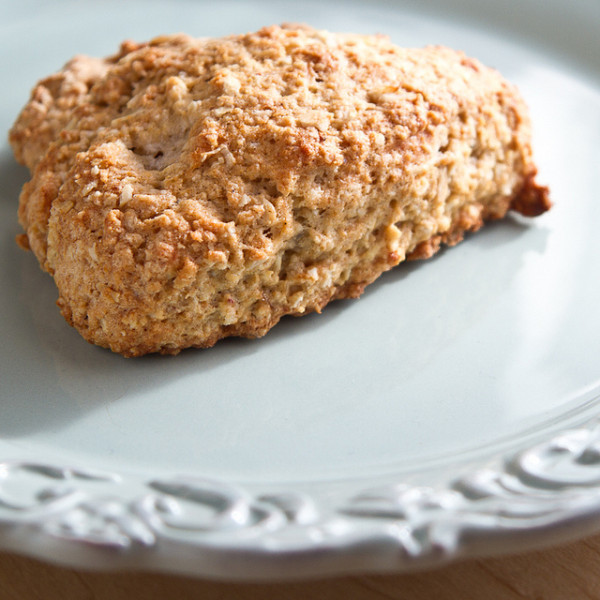 Banana Oatmeal-Nutmeg Scones
adapted from Baking: From My Home to Yours

Preheat the oven to 400 degrees Fahrenheit. Line 1 or 2 baking sheets with parchment paper and set aside.

Stir the Greek yogurt, milk, and egg together. Set aside.

In a large mixing bowl, mix together flour, oats, sugar, baking powder, baking soda, salt, and nutmeg. Drop in the cubes of butter and mix them in with your hands or a pastry blender until you have pea-sized crumbs.

Add the cut up banana and then pour the egg/yogurt/milk mixture into the bowl. Stir with a fork until the dough comes together. Be careful not to over-stir. Then with your hands, knead it in the bowl, turning about 8-10 times.

On a floured work surface, dump out the dough and separate it into 2 portions. Flatten each into a disc about 5 inches in diameter and cut each into 6 triangles. Place on the prepared baking sheets. You can freeze them at this point if you want to save them for another day. You won’t need to thaw them to bake–just add 2 minutes on to the baking time.

Bake for 20-22 minutes or until golden and firm. Remove to a wire rack to cool completely.