Most people probably have no interest in running unless their lives depend upon it. I mean really, the idea of pounding the crap out of your body to get from point A to point B (or worse yet, point A back to point A) seems pretty ridiculous. We all have cars–there’s really no need. Yet, there is a certain allure to it once you’ve given it a chance. 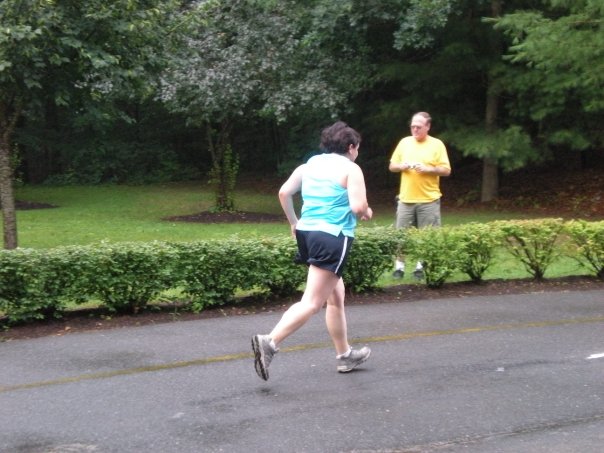 Two and a half years ago when I was going through a particularly rough spot in my life, I turned to running as an outlet for my frustration, anger, and sadness. I started the infamous Couch to 5K plan on the treadmill in the spare room over my mother’s garage, doing my best to keep my kids from wrecking the joint while attached to the hamster wheel. It wasn’t pretty. They were only three and one at the time so you can imagine just how successful that endeavor was. Still, I was hooked. Soon, I took my running to the outdoors. I found that for just that little while, three days a week, I was able to escape my problems and just focus on the moment. It was all so very Zen and I loved it. When I completed running my first 5K in July 2008, I was so proud of myself. I am not a natural athlete so it was a HUGE accomplishment for me. I’m still proud of me.

In the interim, life has gotten in the way. I returned to school. My kids started their own schools. A couple injuries further derailed me. I’ve managed to run two 2-mile races and kind of run one additional 5K since that first, but it seems like every time I sign up and really get into the training, something happens that ends it. Last December, I was training for a quarter marathon and was up to four miles on the treadmill. Two days after I hit four miles, my all-time high, my sciatica started acting up. Yeah. Great timing.

So despite the odds, I’m trying again. Even with a current sciatica flare-up. Because my back actually feels better if I keep moving. And I feel less crazy, too.

If you’re thinking of trying it, just do it. Not to be cliche but really, if I can run, anyone can. Honestly. Get to a good running store and get fitted for proper shoes, otherwise you run the risk of serious injury. If you want to train for an event, I can’t say enough about the Couch to 5K for that initial training and Hal Higdon is fabulous, too. Then lace up those sneaks and get your butt moving. You won’t regret it! 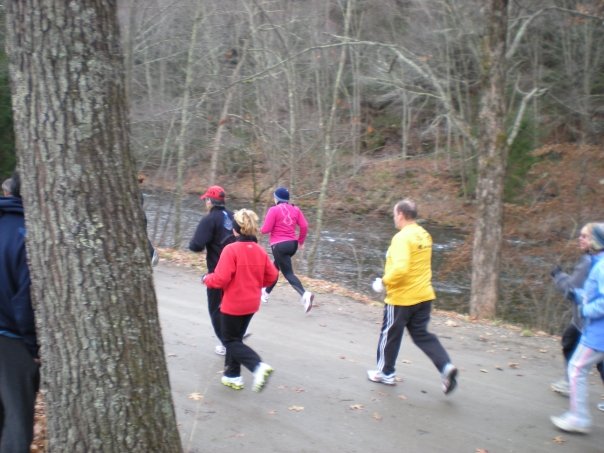