Disclosure: Thank you to the #FreshTastyValentines sponsors for providing the giveaway prizes free of charge. These companies also provided the participating bloggers with samples and products to use for #FreshTastyValentines recipe development; no additional compensation was given. (In this post in particular, I am using apples I received from Envy Apple in the recipe.) All opinions remain our own. 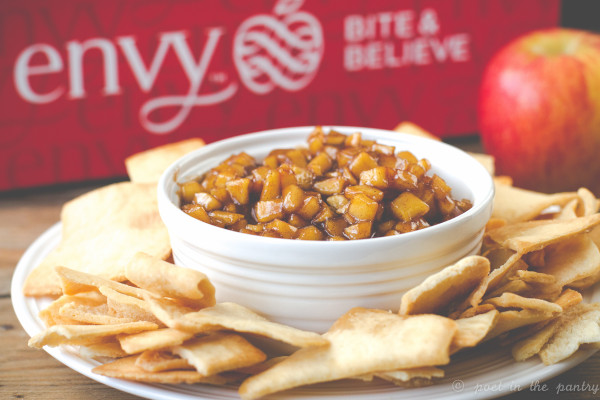 We have been talking at work about how we haven’t really had any parties since the end of December. It appears we’ve hit a dry spell in the birthdays, leaving us to look to other occasions for celebration. Last year, our February potluck was a hodgepodge of holidays: Mardi Gras, Chinese New Year, even Presidents Day, all rolled into one. This year? I proposed Anti-Valentine’s Day. It was received quite well. 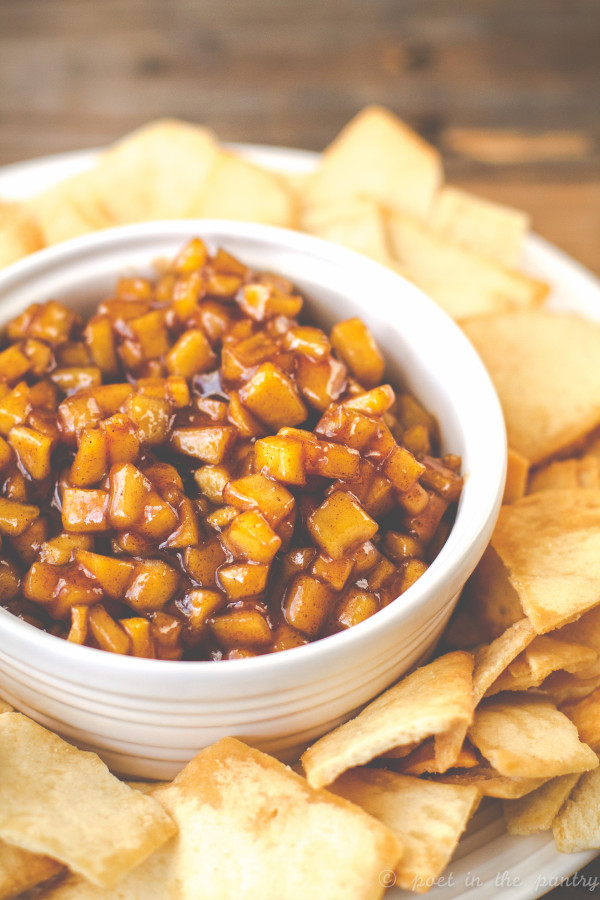 The only rules for this party are that we wear black. It would have been nice to bolster the event with a hefty dose of alcohol, too, but… yeah, don’t think we can do that during work hours. There are limits to the morale boosting we’re allowed. So what’s a girl to do with a new theme and no real game plan? 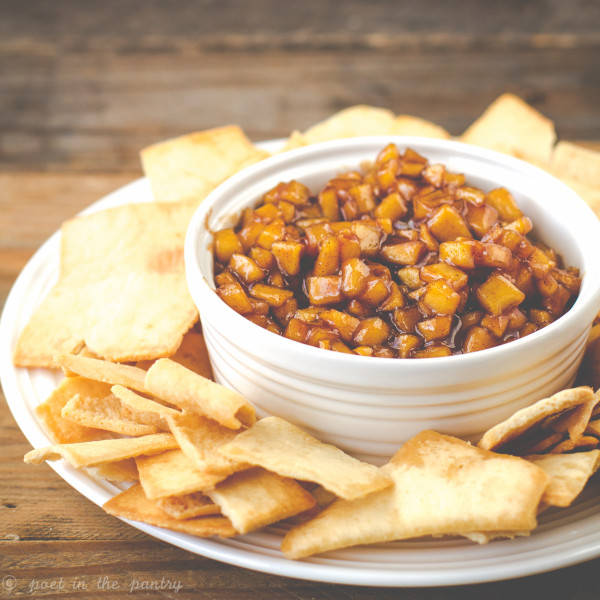 I often make mental lists and forget what I’m supposed to get on them. It’s wonderful getting old. For the longest time, Calvados has been on that list, out of grasp when I seek for the contents of it, but potentially retrievable if I just spend the time looking at each and every bottle in the liquor store until I see something that jogs the memory. Luckily, I finally remembered. Which was perfect timing because I also wanted to make an apple recipe with it. The flavor is imported to this apple pie stand in, but the alcohol is pretty insignificant after cooking it down. Don’t worry–it’s still plenty of fun! 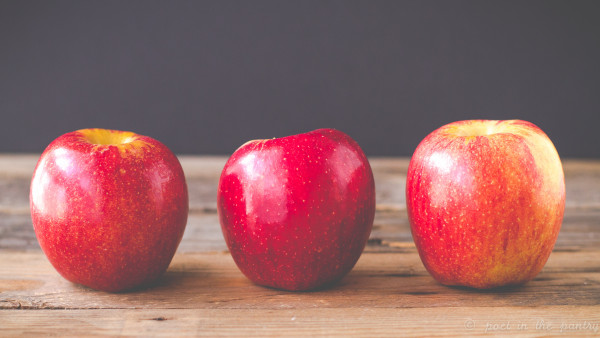 Apple Pie Dip makes a great appetizer or dessert. I really enjoyed it with plain pita chips, but it also pairs well with cocoa pita chips. I’d steer clear of the cinnamon sugar variety–there’s already plenty of sugar in the dip itself. It’s best served warm, so prepare it right before you intend to serve it (though it can be reheated in the microwave if you are careful not to leave it in too long). Heh. Apples. Seems about perfect for an anti-Valentine’s Day party. 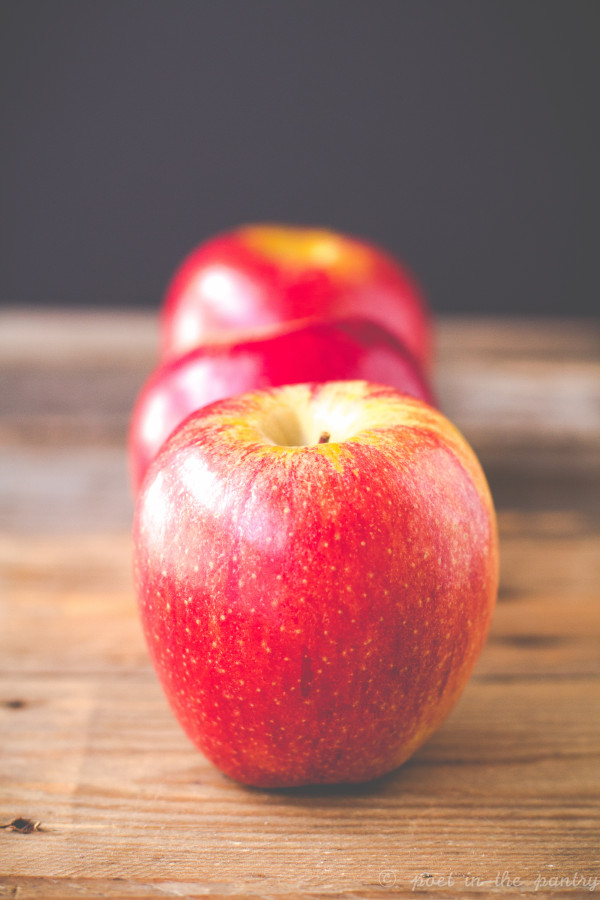 Envy Apple’s story starts in New Zealand, where master horticulturalists spent decades cross breeding Braeburn and Royal Gala apples to develop what you see today. Envy boasts a resistance to browning when cut, which I know my kids will appreciate, as you can’t get them to eat a browned apple, no matter how much you explain that it’s still an apple. Now, those of us in North America are lucky to have them on the grocery shelves here! Limited quantities are available, though, so stock up when you see them! 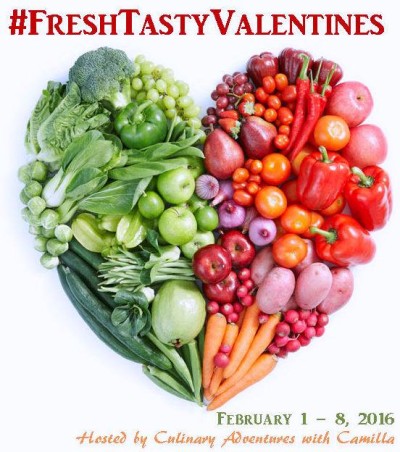 Check out the other #FreshTastyValentines recipes for today: 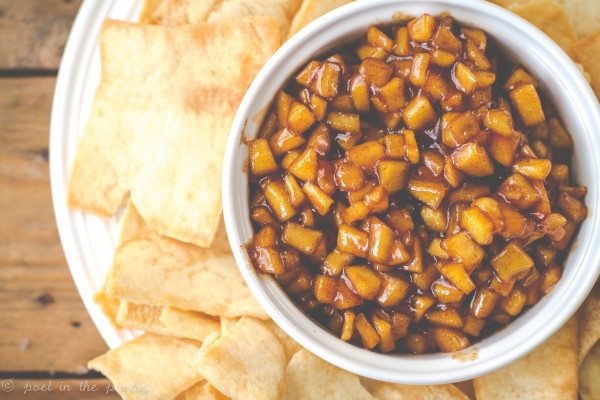 The #FreshTastyValentines Giveaway is open to residents of the United States and is void where prohibited. Giveaway will run from February 1, 2016, to February 8, 2016. Winners must be 18 years of age. Winners will be notified by email.
a Rafflecopter giveaway

You can find Envy Apples: