Nestled on a steep hill in the center of Bristol, Connecticut, is a secret, harkening back to the days of public houses and private clubs. The password is Firefly Hollow Brewing and if you didn’t know it existed, you’d probably never stumble upon its Center Street location. But that’s all part of the charm.

Cross the railroad tracks, spot the simple sign affixed to this old industrial building, and head down the alleyway. You will probably hesitate, unsure if there really are brews waiting for you at the end of this asphalt pathway, but, as their website explains, “if you’re [sic] inclination is to question whether you’re going the right way, then you probably are.” At the end of the building, up a long concrete ramp, is the magical door through which the treasure awaits. 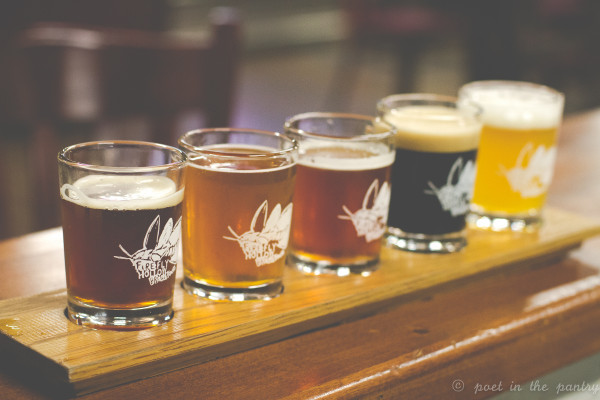 Firefly Hollow Brewing Company celebrates their 2-year anniversary later this month. It all began with the coming together of a wine guy and a budding brewer in a home brew store in East Hartford. After falling in love with the process and product, they decided that they needed to brew beer together. They gave a Kickstarter promotion a go, asked for $30K to start, and easily raised more than they requested, thanks in large part to impressive community support in Bristol, Connecticut. It’s only grown from there. They just wrapped up an extensive expansion that has tripled their brewing capacity, and canning is on the horizon in the next few months. The future looks bright and shiny for this small business craft brewer. 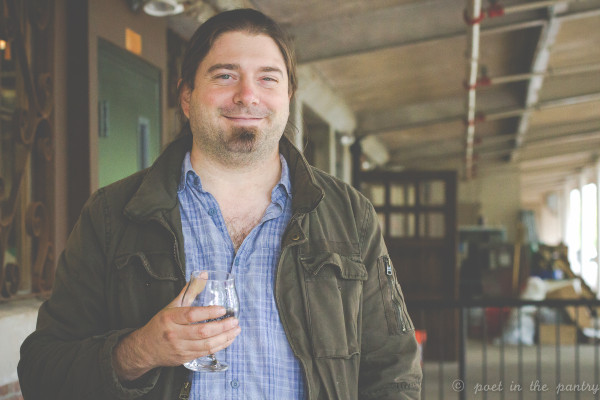 Rich Loomis, co-owner, explained to me recently that Firefly Hollow was never really intended to be a production brewery. His vision was more of a speakeasy taproom, where you’d come in and whatever was on tap was what you’d get. With over 30 recipes, they could always offer something new, exciting, different to keep customers interested. What they found was that their patrons started relying on them, expecting certain perennial favorites on demand. What you find today is a blending of both models, with a handful of branded regulars you can count on, plus some surprises thrown in for good measure. It’s a delicious compromise. 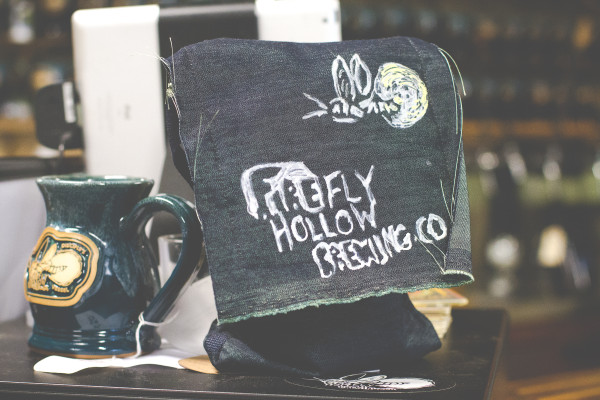 “Every beer has its quirks. It’s really not about arrogance on that. It’s about trying to, as objectively as you can, identify what’s going on in the beer and realizing that … some things have extra features. Sometimes they’re intended. Most of the time. But we really strive for having … minimal features here and try to really keep it to good, clean, traditional brewing.” – Loomis

Loomis really is a beer expert–or, at least, a beer judge. I asked about his favorite brews and Luciferin topped the list, “named after the compound that makes fireflies’ butts glow.” At 10.5% ABV, this is serious business. “A very, very, very big, very hoppy IPA,” it’s also in very high demand right now. I sampled this Imperial IPA during my visit and agreed, though enjoyed that it wasn’t a slap you in the face kind of hoppiness that characterizes this beer, but more a melding of complex flavors I couldn’t quite identify, but that I also didn’t expect to find in this style. Loomis, with his wine background, finds that he prefers beers high in alcohol but that don’t feel that way, being drawn by their complexity. He also admitted to having a soft spot for sour beers, which are relatively new to New England, but come from a very old process, going back to the Belgian brewing tradition hundreds of years ago.

According to Loomis, Dana Bourque, head of brewing operations, favors a more British brewing tradition, rounding them out nicely. Their offering, Red Lantern, is a great example. It’s a traditional Irish Red Ale, at 5.7% ABV. I also sampled this and found it to be a smooth brew, with a satisfying oily mouthfeel to it. I am no beer expert, but I grabbed a squealer of this to enjoy at home (as well as a growler of the Secret Ingredient Stout from their summer offerings, which is a best of both worlds brew, mixing traditions as a Belgian stout). 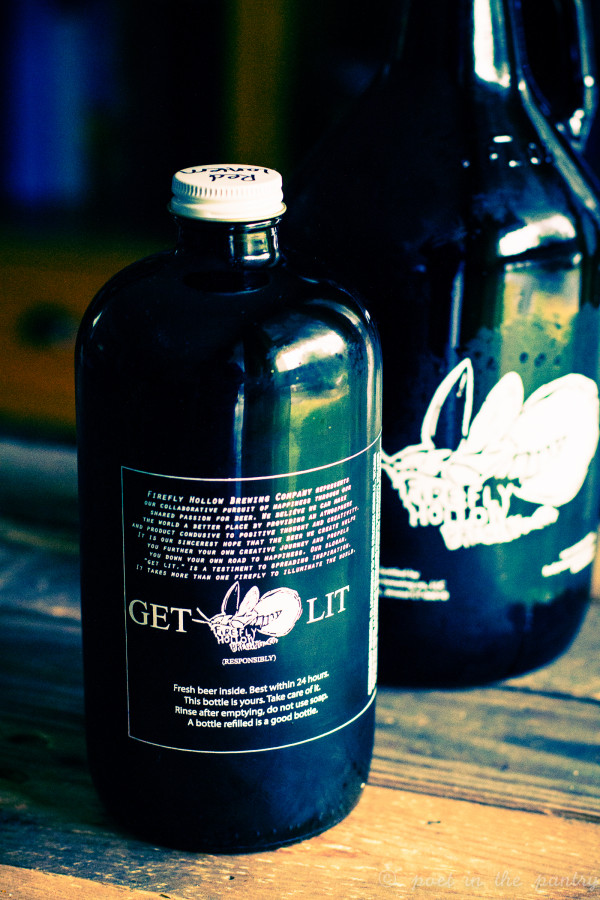 You won’t find any food at the bar in this taproom. At least, nothing prepared on site. Firefly Hollow sticks with what they do best–great beer–and they leave the food to others whose expertise lie there. Don’t despair, though! Local food trucks are often on site and are announced on the chalkboard on the right where you first enter. You can also bring your own for your tasting pleasure.

Haven’t experienced Firefly Hollow’s offerings before? They will be pouring samples at The Desultory Theatre Club‘s The Hardcore Halloweenie Burlesque and Variety Show at Hardcore Sweet Cupcakes‘ shop at 20 Main Street, Oakville, CT, on October 24th! Come check them out at this exciting and original evening of Thrills, Chills, Food Trucks and Much Much More!!! (Click through to this post to enter to WIN **2** tickets to this amazing evening!!!)