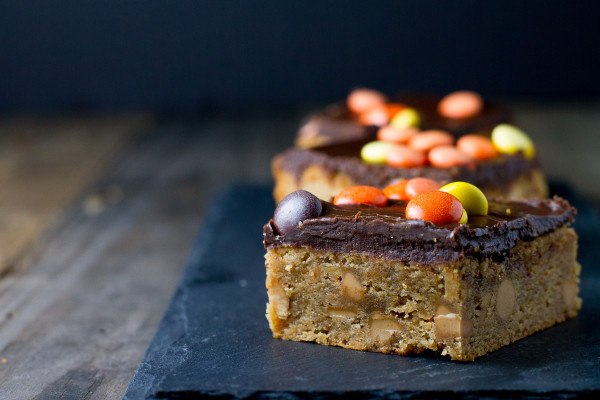 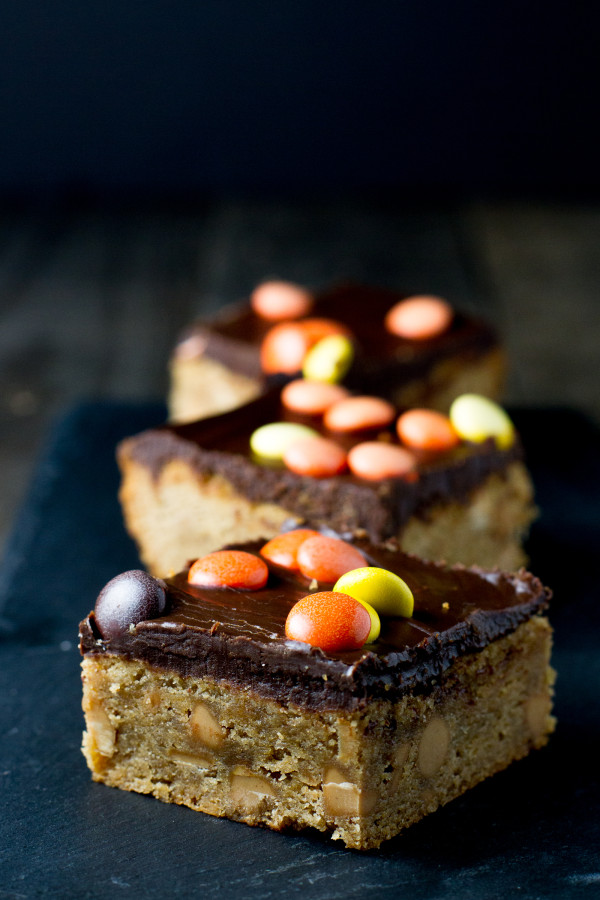 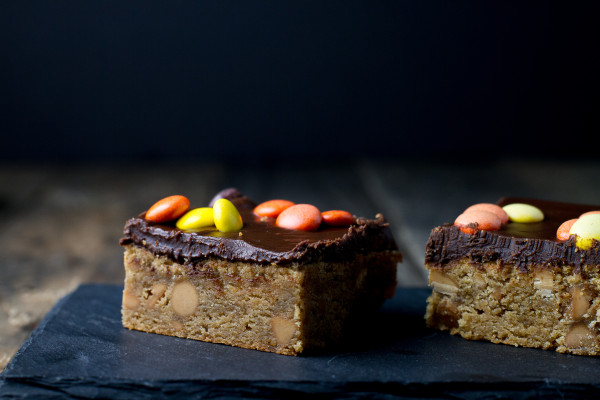 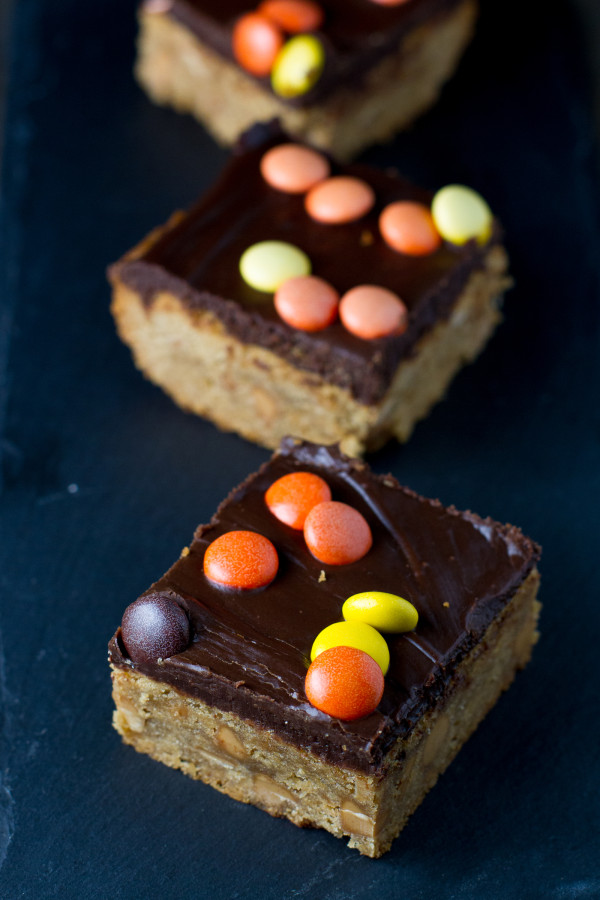 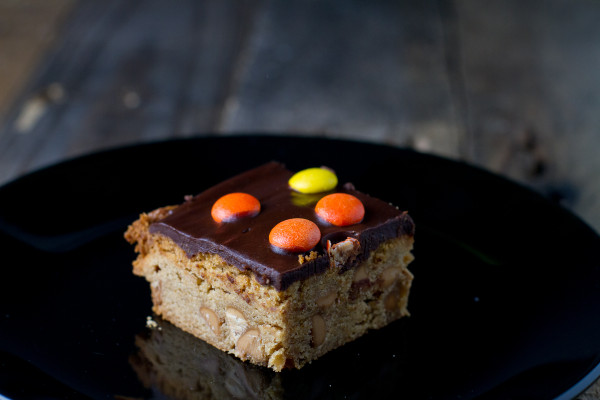 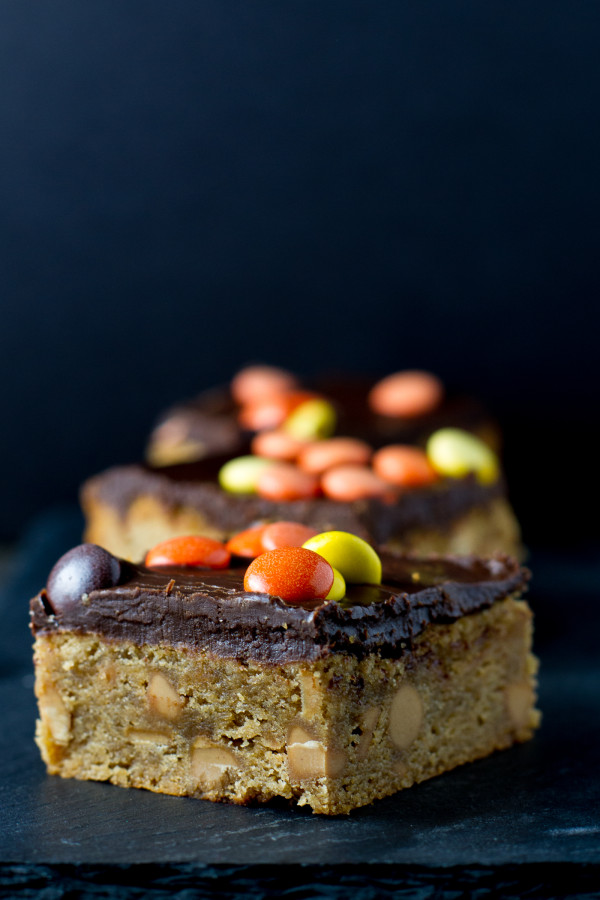 3.2.2807
5.0 from 1 reviews
Peanut Butter Blondies with Chocolate Ganache
Print
Prep time
15 mins
Cook time
45 mins
Total time
1 hour
Author: inspired by Smitten Kitchen
Recipe type: Cookie
Serves: 24
Ingredients
Blondies
Ganache
Instructions
Blondies
Ganache
Notes
If you’re in a hurry, you can cool the blondies in the freezer and/or set the ganache there, as well. It’s important to have them cool completely before cutting or they will just fall apart.
WordPress Recipe Plugin by EasyRecipe
3.2.2807