Summer is for stone fruits. While I love double-crust pies in the Fall and Winter months, summer calls for simplicity. Something a little less heavy that lets the season’s fruits shine through. Summer is the season of galettes. 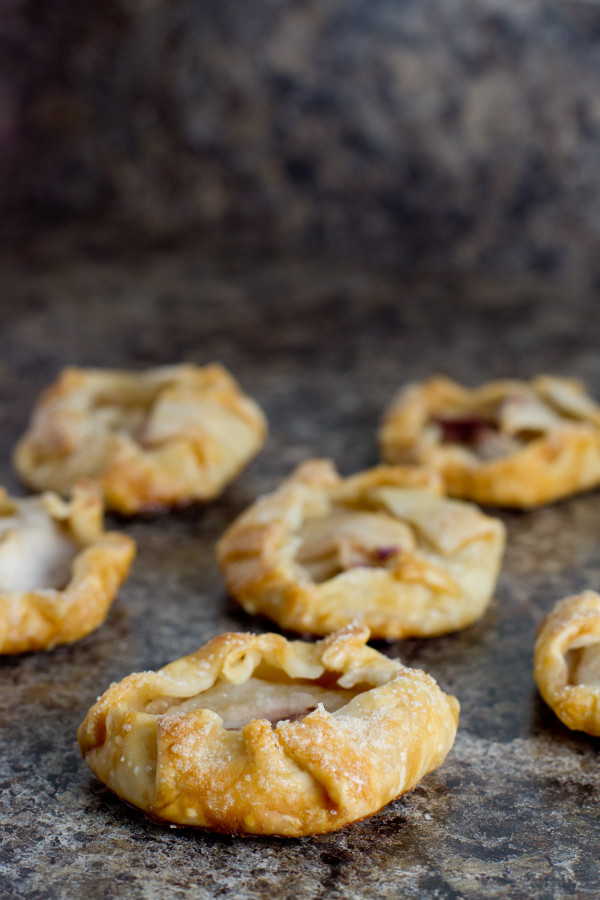 Galettes are basically free-form pies. You start with a pie or tart crust but instead of the strict confines of pie plates, you roll it out, put filling in the center, and fold over the edges to make a little package. They can be any size you wish. This time, I wanted something that would be bite-size–or two-bite-size, rather–so they could be shared easily. I used the band from one of my wide mouth canning jars to cut the rolled out dough, rolled those out just a little more, and filled them with a mixture of peaches, cinnamon, and sugar. It’s the perfect blend of salty crust and sweet filling; crunch and squish. This is Zen in a dessert. 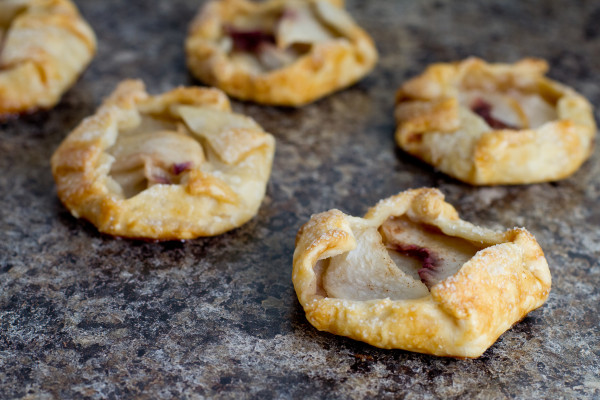 If you dip your fingers in the egg wash before folding over the edges, they’ll stick together better. Then just brush the whole thing with egg wash, sprinkle some sugar on top, and you’re good to go. These are best eaten the same day they’re made, but they’re not too bad the day after. Cover loosely; if you cover too tightly, the crust will get soggy and nobody wants that to happen.

Now get on out there and get some peaches while they’re still in season! We need to savor every last minute of summer while we still have it! 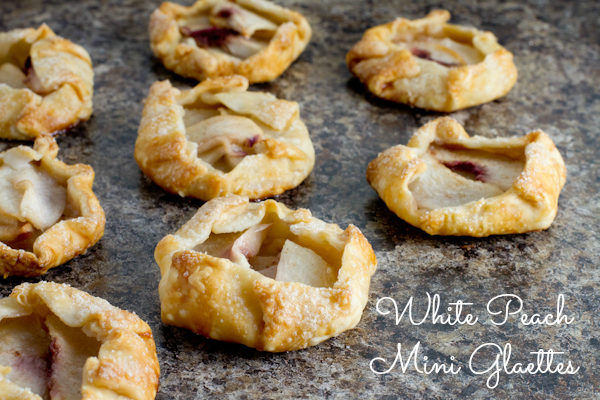