Disclosure: Kerrygold Cheese and Butter provided me with a wheel of Cashel Blue cheese, which was used to develop this recipe to enter into one of their contests. All opinions remain my own. 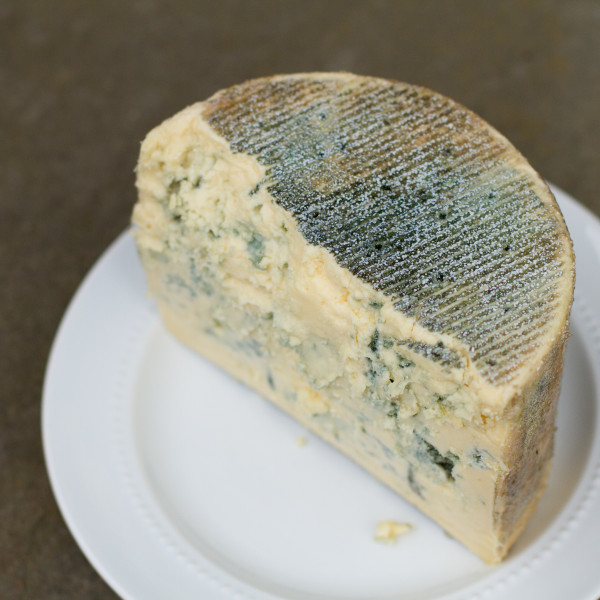 Blue cheese is one of those foods that you love or hate–there is no in between. Its strong flavor demands attention, overpowering the taste buds of more mild palates. Put out some blue cheese and you can divide a room pretty quickly. But those who sample it–your kindred spirits–you’ll find … have stinky feet breath. No! Are just the sort of adventurous spirits you want to spend your time with! (And won’t notice your stinky feet breath…) 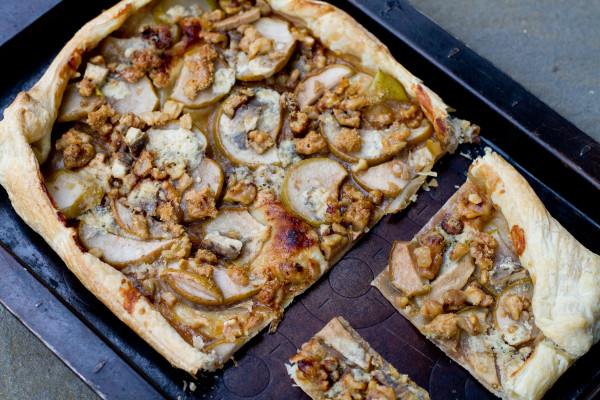 Kerrygold’s Cashel Blue is something special. Pastured cows grazing upon Ireland’s plentiful green grass produce a phenomenal product unrivaled in the world. Until Jane and Louis Grubb began making Cashel Blue on Beechmount Farm in 1984, Ireland was devoid of farmhouse blue cheese. Now? Theirs remains one of the best. 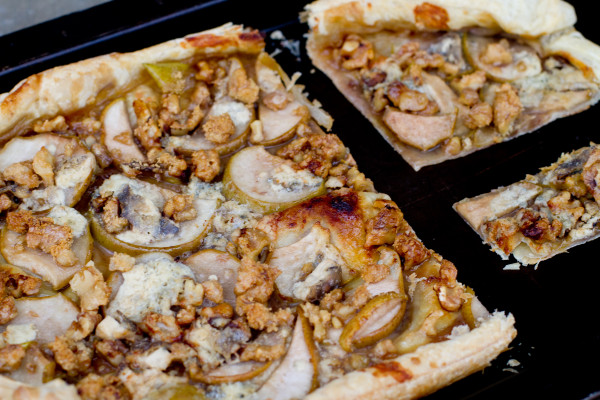 After mulling over what to do with this treasure-trove of ugly cheese that Kerrygold sent me (really, it is kind of ugly–beautifully hideous), I kept coming back to pears and walnuts. Pears and walnuts. It must be paired with pears and walnuts. But how? I didn’t want anything too fancy–while this is one of the more gourmet options from Kerrygold, I wanted my recipe to be attainable and desirable by the average person. You know–like me! And that’s when it hit me–tarts. Rustic tarts, made with puff pastry, so you have a bit of airiness and crunch to balance the smoothness of the Cashel Blue. Some maple syrup and maple sugar to add some sweetness, counter-acting Cashel Blue’s salty strength, and I was in business! 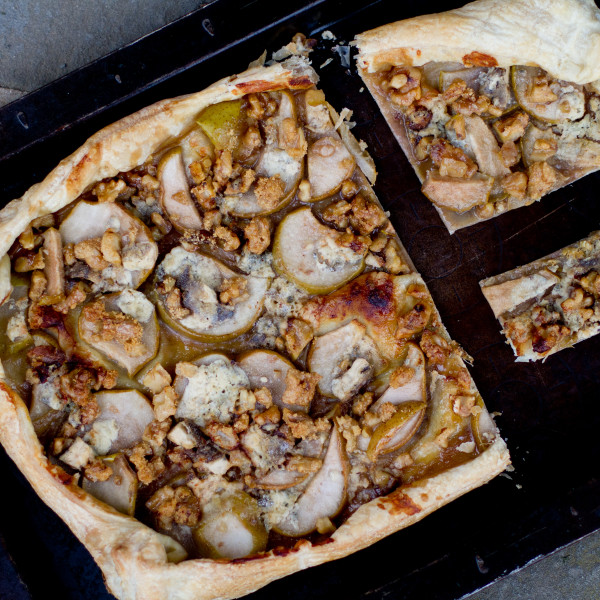 Taste testing in my house was, sadly, a little more difficult than the brainstorming session went. Remember those mild palates of which I spoke? Yeah. My son bit it and said it was delicious, then insisted I give him no more. My daughter made a face. My husband? He made the most valiant effort of the 3, taking at least 4 bites and trying to offer constructive criticism (the first version was “too blue cheesy” and “not sweet enough”). But that was about as good as it was going to get from my home crew. They’re much bigger fans of Kerrygold’s cheddars and Dubliner cheese. I was on my own. 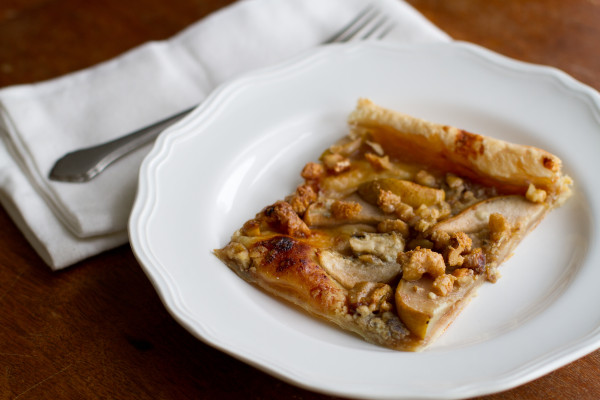 After tweaking a few things on my next attempt, I was sure the end result had the right balance of savory and sweet; unique enough to catch the attention of the judges without being pretentious. So we’ll just have to wait and see what they think. In the meantime, try it and let me know what you think. I’d love to hear about your efforts!

– Kerrygold released the results of the contest and I won!! Woohoo!! How exciting!