Those of you who have been following for a while now will know that I don’t have much patience for the prettying up of food. Presentation matters, but if you’re spending forever and a day making a meal look perfect and it will be devoured in 5 minutes or less, that seems like a little too much primping to me. I have better things to do with my time than cater to the diva wishes of a dish!

Despite my reluctance to become the Bob Ross of the baking world, I do have to admit that the desirability of a cupcake can be directly affected by the finishing touches. Case in point: 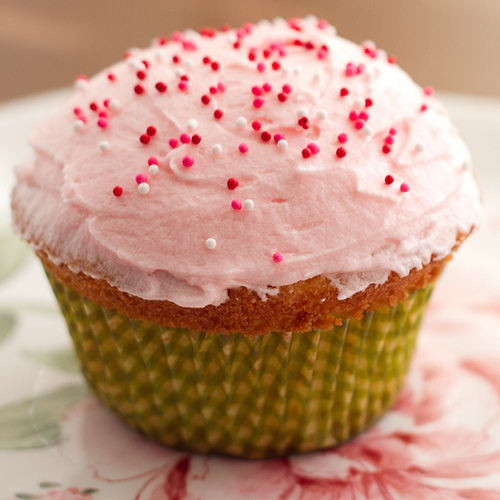 I made this 2 years ago. I even used the Magnolia Bakery recipes for the frosting and the cake. But meh. Nothing special. Nobody would pay for that in a bakery. Magnolia would be out of business by now if they tried! 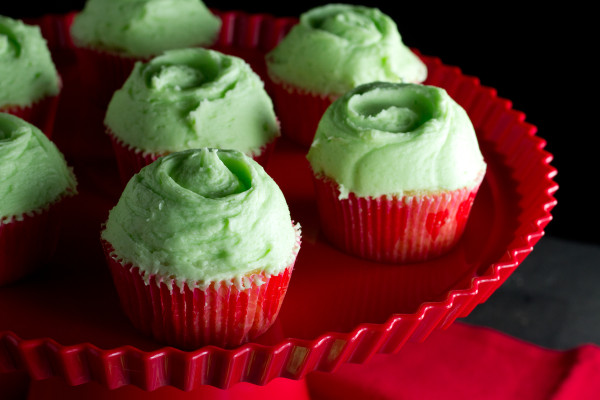 These were frosted using Magnolia Bakery’s signature style (the link brings you to an awesome video tutorial on Hulu). A little shaky–I could use some practice–but look at the difference. Not only is the frosting a much heftier portion, making the scales tip in favor of these cupcakes on the frosting-to-cake ratio, but it just plain looks better, even without the edible decorations. It shows some care was put into them, even if they’re simple and understated. The small things do matter. 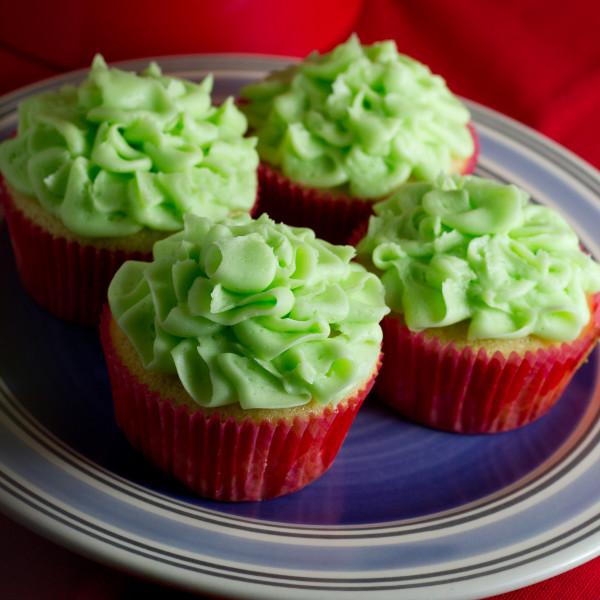 Want to make a stronger impression? Pull out the pastry bag (or a gallon-sized zip top bag with the corner cut off), a decorating tip and coupler, and go to town. I grabbed my Wilton 104 decorator tip, which is normally used to make flower petals. I had some idea about making the frosting look ruffly with it instead, so I made “C” shapes all over the surface, starting around the perimeter and working my way into the center. No need for hours of practice at making meticulous reproductions from your garden, yet you still get nice results. Not a bad trade-off when you want to impress without investing in back-breaking labor. A little touch that goes a long way. 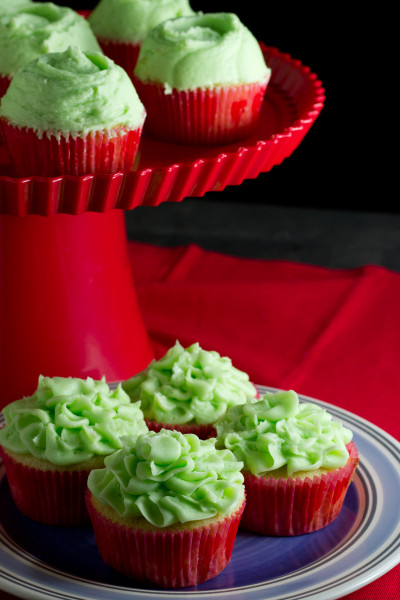 Clearly I have a long road ahead of me, when it comes to making my baked goods pop. But this is a good start. As is the basic buttercream frosting below. Consider it a blank canvas with which you can express yourself, either in flavor, color, or application. Every girl has her little black dress; this is your kitchen version for all forms of cakery. Learn it. Know it. Love it.

Basic Buttercream
Print
Prep time
10 mins
Total time
10 mins
Everybody needs a basic frosting to go to when they want to whip up a fast cake. This is highly adaptable yet also delicious in its bare bones state.
Author: Carrie @ poet in the pantry
Recipe type: Frosting
Ingredients
Instructions
Wordpress Recipe Plugin by EasyRecipe
3.2.1682 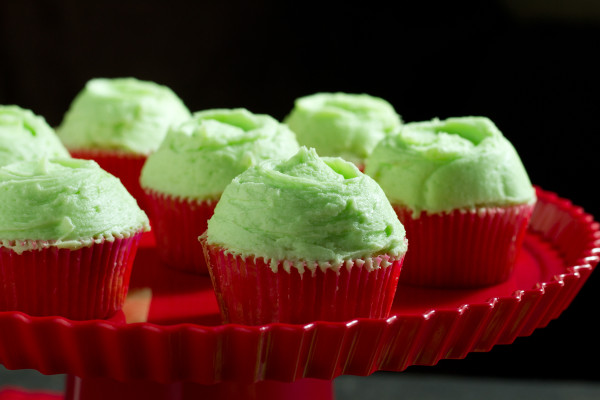 I am expecting to be completely blown away by whatever Kate has come up with this month. I know she already has a far more advanced hand when it comes to decorating (have you seen her zebra cake?!). I’m not sure what to expect from the rest of the group, though. I can’t wait to find out!

Next month, we’ll be making banana pudding for First on the First. Not just a banana-flavored pudding–heck, no! I’m talking about the kind you find at fancy bakeries like Magnolia, where they mix it up with bits of banana and vanilla wafer cookies. So many different directions you can go with this if it isn’t your first time making it! Want to join us? Click on the First on the First tab above for more information on how you can participate.

Disclosure: I am member of the Kerrygold Food Blogger Network and was provided with free Kerrygold unsalted butter, which was used to make this recipe. All opinions and photographs remain my own, unless otherwise stated.