I recently hit the Gala apple jackpot. One of my co-workers–the same one with the peach abundance–happens to also have quite a few apple trees on his property. He has already donated many boxes of fruit to help those who are less fortunate; what he brings into the office is just a small portion of the windfall. Though I can imagine that for him, it’s not as much of a blessing as it appears to us–it’s a lot of WORK. 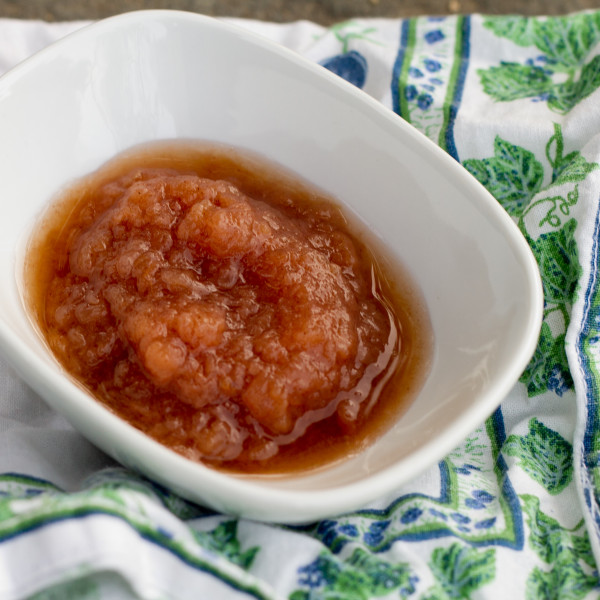 As I looked at my plastic grocery bag full of Galas, I grinned stupidly thinking about all the things I could make with them. I certainly never have this many on hand under normal circumstances! After filling a bowl on the table for the kids’ snacks, the first thing I made was applesauce. Slow Cooker Applesauce, to be exact. It doesn’t get any easier than that–which is good because I’ve never made applesauce before. The old “fix it and forget it” mentality is a wonderful thing when it comes to something like apples, which will fill your house with the most amazing aroma just in time for your arrival home from work. Ahhh… Cinnamon apple aromatherapy! 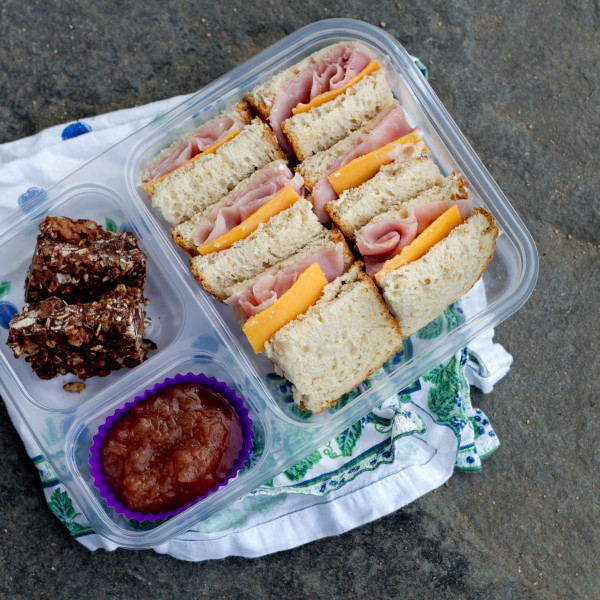 The only mistake I made was using water the first time I made this, which I strained out before mashing, serving spoon by serving spoon. I’ve since learned that there’s no need for it; the apples cook down just fine on their own. I had high hopes for canning the extra sauce, but, believe it or not, a 4.5-quart capacity slow cooker full of apples ends up cooking down to nearly nothing. I had just shy of 1 quart of applesauce when all was said and done. I guess it’ll take a bit more effort than I put in to fill the pantry shelves. 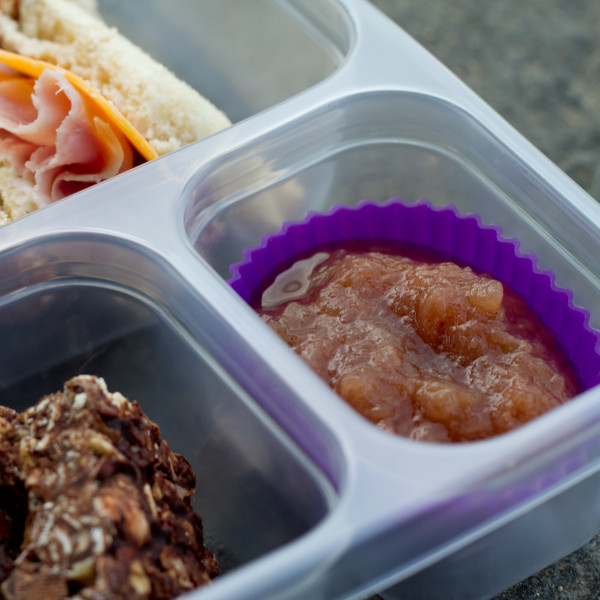 Slow Cooker Applesauce
Print
Prep time
30 mins
Cook time
6 hours
Total time
6 hours 30 mins
Author: adapted from Diana Rattray of About.com - Southern Food
Recipe type: Slow Cooker
Serves: 8
Ingredients
Instructions
Notes
*** If you have a food mill, you do not have to peel or core the apples. I would still cut them in half and cut off the blossom and stem ends. *** Play around with the spices. I've made this with pumpkin pie spice, too, and the scrapings of a vanilla bean.
Wordpress Recipe Plugin by EasyRecipe
3.4.3177