We’re starting to gear up for the holidays here at #MuffinMonday, bringing you Gingerbread Muffins this week. The Big Guy was less than thrilled, seeing as he’s not a gingerbread fan, but the rest of us–well, we were pretty excited. 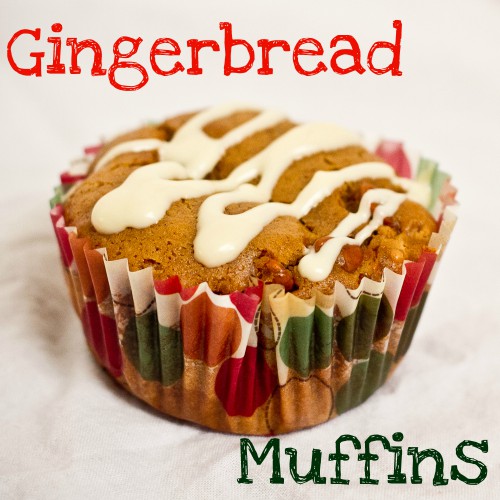 He doesn’t know what he’s missing! Pretty well balanced, they were not too spicy or strong on the molasses. Adding cinnamon chips complemented the batter nicely, bringing this muffin to a level where it could be considered dessert as well. Which is perfect because I love dessert for breakfast. 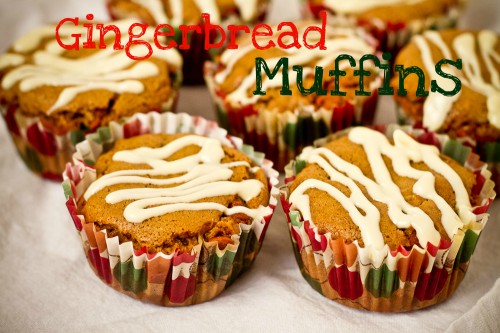 For the drizzle, I chose to use a bar of white chocolate I purchased at a local chocolate-maker, Fascia’s Chocolates in Waterbury, CT. The original recipe called for white chocolate chips but most of the time, they’re not made with cocoa butter, relying instead upon artificial flavors to create a white chocolate taste, if you can even call it that. They’re not the same and I urge you to select something of real quality instead. You’ll never look back! 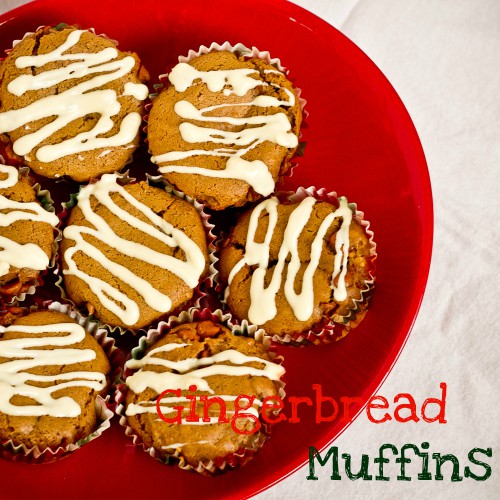 Mmmm… delicious! Usually I freeze the extras to make sure we have enough time to eat them before they go bad. No need. They’re almost gone already! I wonder how the others adapted the Gingerbread Muffins to their liking this week? Let’s check with An at Baker Street to find out! 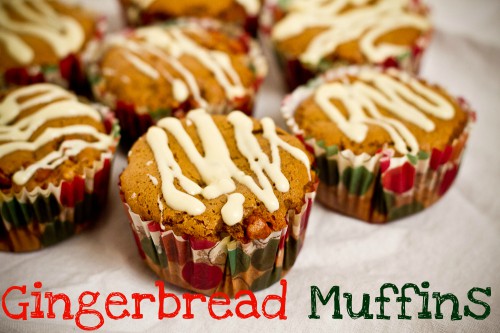