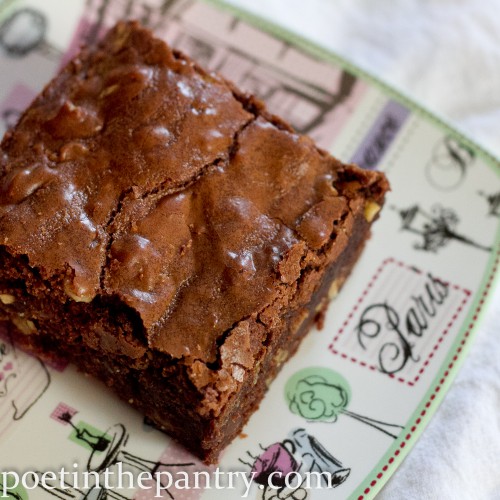 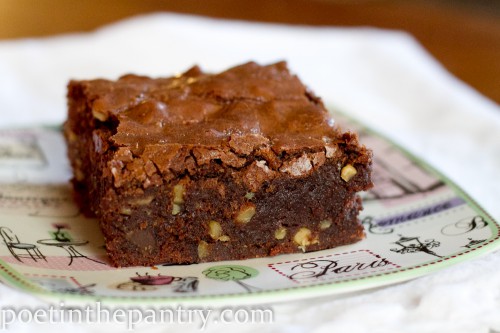 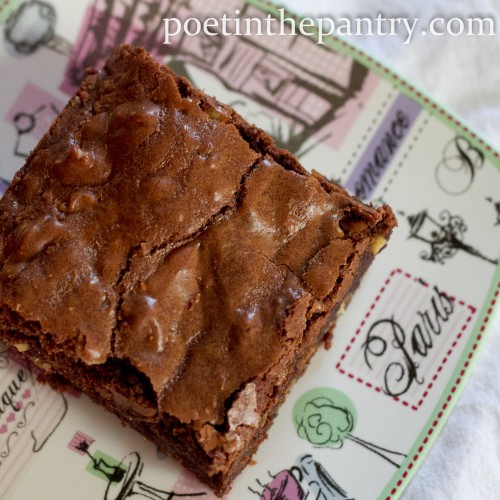 Bakery Style Chewy Brownies
Print
Prep time
15 mins
Cook time
40 mins
Total time
55 mins
Chewy, yummy brownies--somewhere between fudgy and cakey, and absolutely perfect!
Author: adapted from Making Life Delicious
Recipe type: Dessert
Serves: 12
Ingredients
Instructions
Notes
*To toast the walnuts, spread them on a baking sheet and pop them in the preheated oven while you're working on the other preparations for about 10 minutes, or until you can smell the delicious aroma. Be careful not to burn. *You can line the baking pan with parchment paper, which will make removing the brownies easier after they've baked. Just make sure to leave enough overhang that you can grip it well and be sure they're fully-cooled before you yank them out. *If you're impatient, you can pop the brownies in the freezer to cool faster. Frozen brownies, by the way, are actually really easy to cut. *Brownies can be stored in an air-tight container at room temperature for up to 1 week, or up to 3 months in the freezer.
Wordpress Recipe Plugin by EasyRecipe
2.1.7