I haven’t kept you well informed about the garden this summer, have I? After the early summer rains challenged my seedlings–and sanity–by inviting a hoard of fungus gnats to feast on my poor plants’ roots, I have been pretty quiet.

No, gardening did not drive me insane. 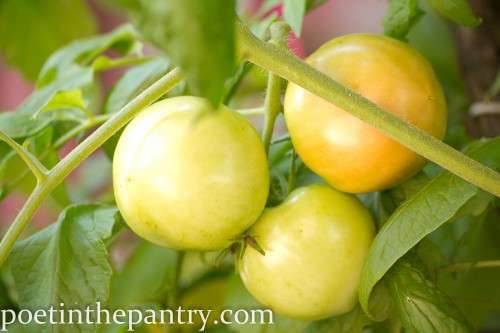 I did learn a lot, though. Like if you’re going to grow in an area that is partly sunny, expect your tomato plants to tower over 6 feet tall–and be prepared by pruning them and providing proper supports. Or that 6 cucumber seedlings is too many for one pot, even if it is a very large pot. Hot peppers seem to grow like weeds, while bell peppers require more coaxing, with much smaller yields. And be careful with zucchini. Believe it or not, they do not all prolifically produce fruit. Our golden zucchini have insisted upon putting out only male flowers all summer, which means no zucchini for us. The Big Guy isn’t complaining, not being a fan, but I am! The pumpkin keeps throwing out male flowers, too. The watermelon? I have no idea. There have been a few small flowers, but no fruit. Seeing as it’s late August, I don’t have much hope for anything from it. Then again, I never really did in the first place. 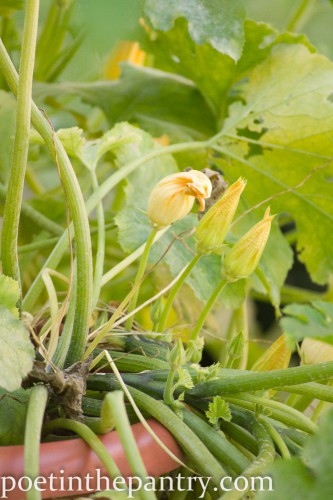 yellow zucchini? not so much...but there are flowers

The growing season isn’t yet over, but it’s definitely winding down. The cucumbers are succumbing to powdery mildew and I’ve grown weary of fighting it off. The strawberries are done producing–even though they’re ever-bearing–and just about all the blueberries have been picked. My only hope is that at least some of the herbs will transition well to a life of captivity for the winter. I must prepare for this first by having on hand whatever it takes to ensure they bring no critters in with them. 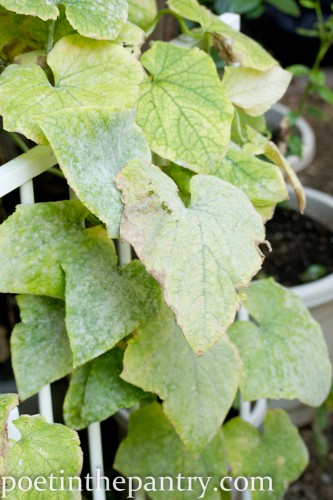 The bay leaf plant my mother gifted me is, surprisingly, doing quite well in my bathroom. Go ahead and laugh. It is comical. There are only 2 south-facing windows in our apartment and one of them is in the bathroom. I keep trying to grow a rosemary as its companion, but they shrivel up and die. Guess they’re too delicate for what a life cooped up in the bathroom entails. 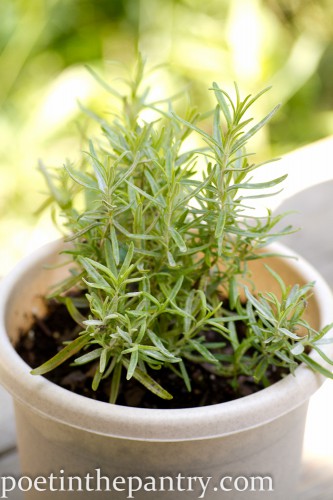 the rosemary outside is doing quite well

My plan is to put a folding bookcase on top of my low dresser in the bedroom, so I can stack the herbs in front of the only other south-facing window. Once the air conditioner is removed, of course. The strawberries and blueberries will winter over in their pots outdoors, though I should wrap them to insulate against the winter’s cold (plants in pots, being above the ground, are more susceptible to being killed off, even if they are cold hardy for your planting zone–you can put a blanket of leaves around them for the winter or garden supply shops have other solutions). The rest will be composted. As long as the neighbor upstairs doesn’t move that around, too. Earlier this summer, she dragged my kids’ play house across the yard, resting it on top of the former compost pile. Yeah, we’re great friends. Why do you ask? 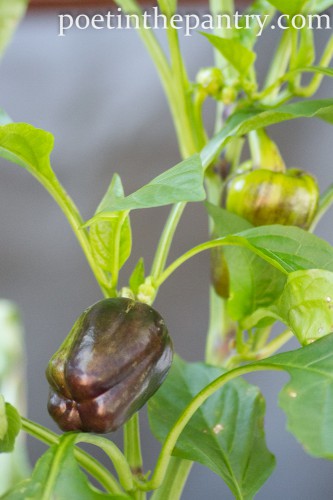 Then we plan ahead for next year. I will probably skip bell peppers. They weren’t worth the effort for the measly crop they offered–2 from one plant, 4 more on another, and 2 very tiny purple peppers that will be ready soon. I will skip the cayenne, too, as that was an error anyway–I meant to buy jalapeno and bought cayenne by accident. I never said I was brilliant. Cherry tomatoes are a MUST. The black cherry tomatoes have been delicious this year and I’d like to grow them again–though I will be better prepared next time, since they were the ones that reached at least 7 feet tall before I had to push them up against a neighboring bush for support. The Early Girl tomatoes were too mealy for my tastes, so we’ll pass on them. Definitely cucumbers, but we’ll spread them out more. I also picked up sugar snap peas, early bush beans, kale, and lettuce seeds for next year. If you keep the seeds in a cool, dark place, you can use them for years to come–don’t worry too much about the expiration dates on the packets. 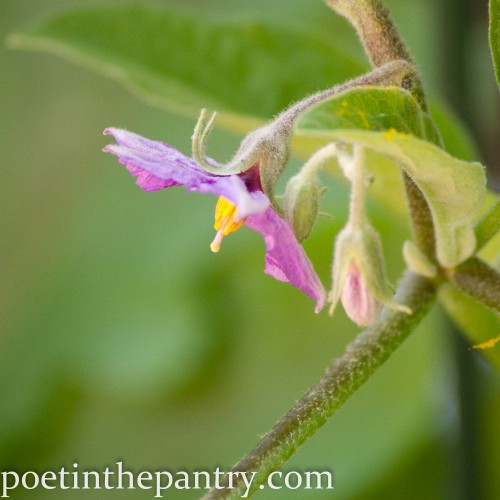 Things to rave about: this garden has been going for over 3 months now, a new record for me! 🙂 Contrary to what Nelly at Cooking with Books thinks, I really do not have a green thumb. I am, however, proud that we managed, as a family, to keep the majority of our garden alive, despite all the setbacks. Yay for us! Also, my kids now have an appreciation (somewhat) for what is involved in growing our food. They’ve seen first-hand how much work goes into it–and how little that work yields. Granted, some of that is our fault with the less-than-ideal location, but people would be hard-pressed these days to grow all the food their family eats. There is A LOT of labor involved, as well as a lot of space needed to grow all that food. We are very lucky that we can go to the grocery store and pick up just about anything we need or want. 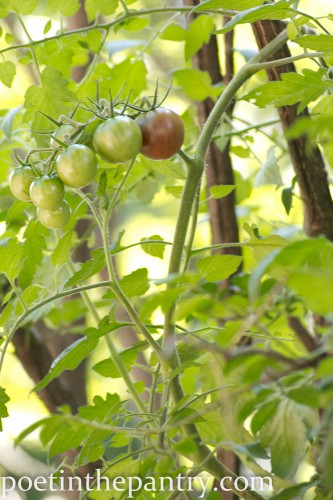 All in all, I’m glad we did this. I think I’ll stick with container gardening next year: no weeding and not having to bend over as much to tend the plants are great benefits, despite having to water and fertilize more often. Who’s joining us? 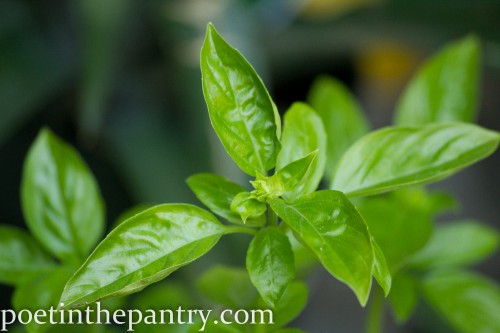 basil - which almost succumbed to fungus gnats and spider mites early in the season, but recovered beautifully