I had the best of intentions. I wanted to get up bright and early, do the Donna Reed thing, and greet my daughter with a sunshiney-smile and a breakfast already laid out on the table, just for her. She would be overjoyed and run over to me, throwing her arms around me as she bubbled excitedly. 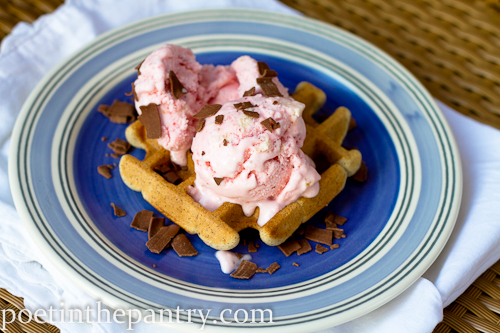 Instead, I awoke from a deep sleep, sitting bolt upright (which isn’t that easy 3 weeks post-surgery!) as it registered in my sleep-addled brain that my husband was saying “Good morning, birthday girl!” in the other room. Damnit!

Luckily, my little girl is very understanding. Big girl. She would be mortified if she knew I was still referring to her as my “little” girl because apparently, 6 years old isn’t what it used to be. I imagine she’ll be applying for her learner’s permit soon so she can go hang out with her soon-to-be first grade friends and talk about the latest fashions advertised during Cookie Jar TV on Saturday mornings. She wishes! 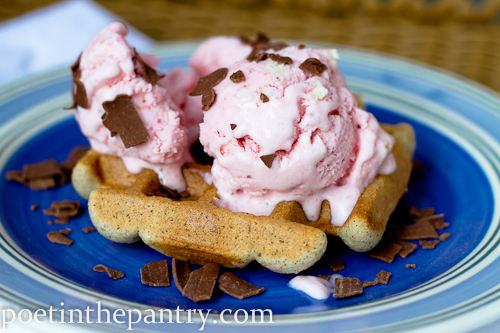 We’ve all had breakfast for dinner and that’s a special treat. Today, I wanted to serve dessert for breakfast. Not that I’ve ever had a problem eating ice cream for breakfast, but that’s usually something I do huddled in a corner somewhere, feasting in a frantic frenzy, all the while hoping the kids don’t discover my secret shame. This is the first time I brought that amazing fun out into broad daylight and embraced it in front of the children. I hope they understand this won’t be an everyday thing. For them.

Yesterday, if you were here, I made Tangy Strawberry Ice Cream. Today, I added to it Waffled Ice Cream Planes. They’re not quite waffles, even though they’re made on a waffle iron. But they’re not shaped like a cone either, despite having a sugar cone recipe base. Hovering somewhere between the two, they bring the best of both worlds to the table. Each indentation captures a luscious puddle of melted ice cream on its warm surface…mmmmm! I could get used to this!

The original recipe called for vanilla extract, but I eliminated it because I used my special vanilla sugar. Not the one where you throw a few beans in to hang out with the sugar, rubbing off their aroma on the surrounding granules. This is the one that I chopped up vanilla beans into the sugar in the food processor, let them mingle together for a month or two, and then sifted out as much of the beans as I could, leaving behind a very vanilla sugar. If you don’t have any of this on hand, feel free to add the original 1/2 tsp vanilla extract back into the recipe–it would go in with the wet ingredients at the beginning. 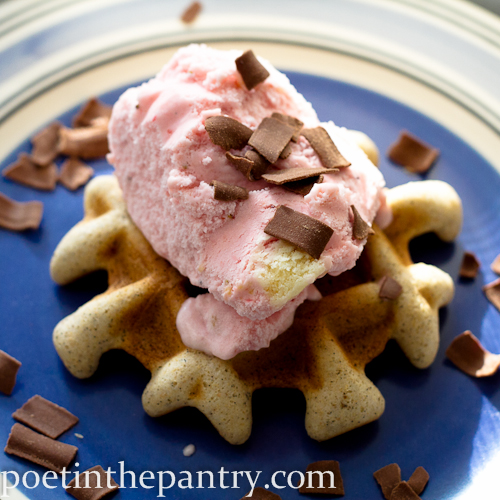 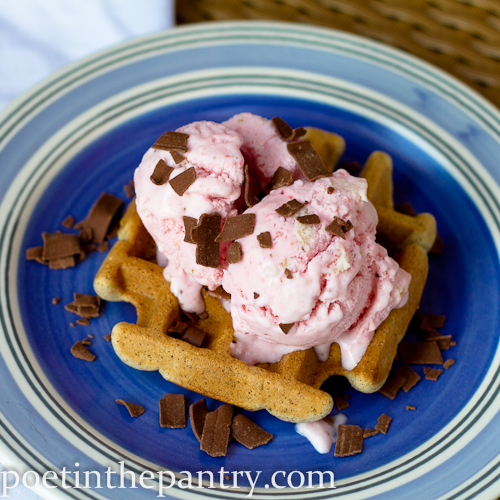