Crisped rice cereal: something perfectly okay to utilize in creating dessert treats but utterly useless as a source of breakfast satisfaction. 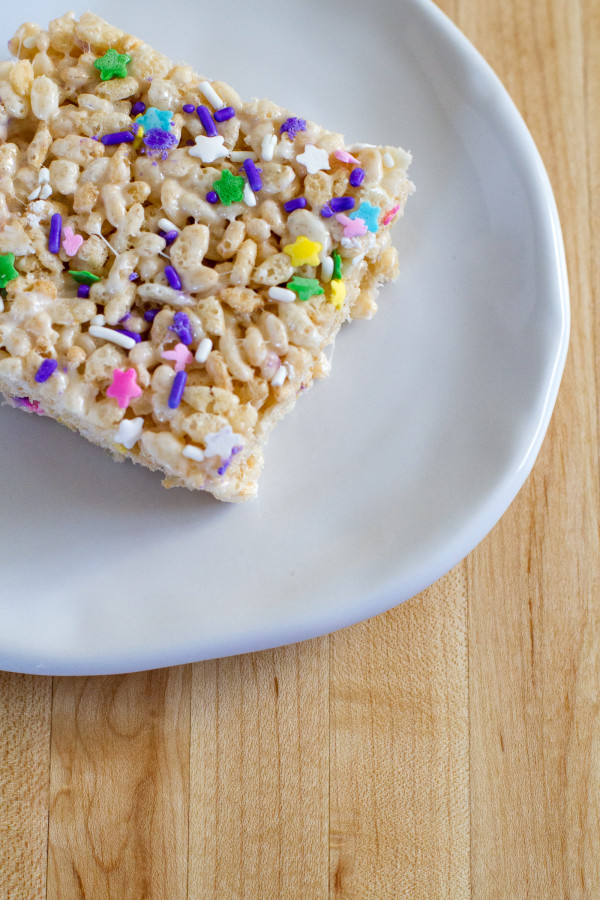 As a child, I added spoonful after spoonful of sugar to my crisped rice cereal in an attempt to make it somewhat palatable. The sugar slurry in the bottom of the bowl was divine. But in spite of its sassy snapping and popping, doing everything it could to attract my attention and steal my heart, the cereal did little for me. It was a dud. 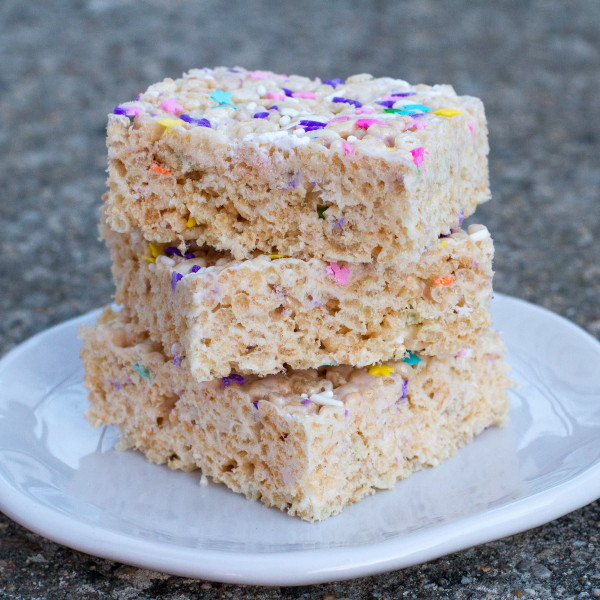 Take it and add some melted marshmallows, however, and it becomes totally acceptable. This is the only sanctioned use of crisped rice cereal in my world. Adding cake mix puts it over the top and transforms it into something actually crave-worthy. Which is good because they’re also best eaten on the same day they’re made. 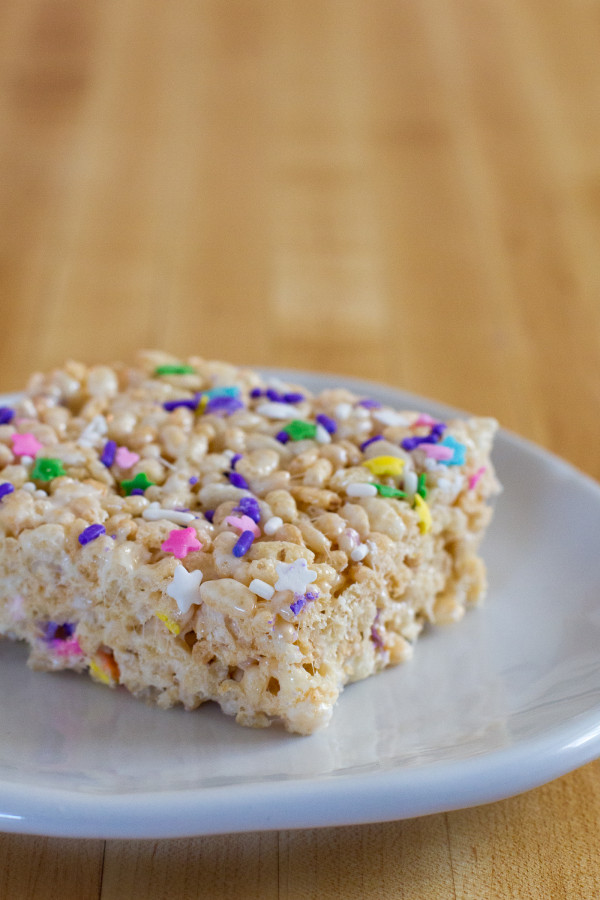