Yes, macarons are the trendy foodie thing right now. Never heard of them before? Well, neither did I until about a year or two ago. To me, macaroons were those mounds of coconut, decadent and sweet. I thought “macaron” was a misspelling when I first came across it. Little did I know there’s a HUGE following for this Frenchie cookie–and a lot of myth and mystery surrounding it.

You see, macarons have a reputation in the food blogging world as being…difficult. Like that 16-year-old daughter who’s your best buddy one minute and a violent bitch the next. You just never know how the weather may swing–and what mood will come with it. 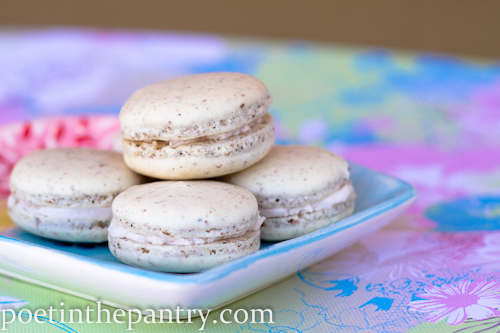 Search the internet and you will find thousands of stories of personal failures with macs and numerous guesses as to why. The egg whites weren’t aged long enough. They were aged too long. No, no, it’s the powdered sugar’s fault. How dare it have an anti-caking additive–that wrecked the macs! Or maybe it was the almonds themselves. You dried them out too long in the oven–or is that not long enough? I know, I know! It’s none of those! It’s that darn rain storm. Yeah, yeah, that’s it! Because everyone knows you can’t beat egg whites when it’s humid.

Faced with a lack of the signature “feet,” amateur and professional bakers continue down the line of potential deterrents to their kitchen success. But as BraveTart has proven, it’s not the outside influences–you can’t blame it on the rain!–but your own technique that is to blame.

Yup, it’s YOUR fault. You suck. 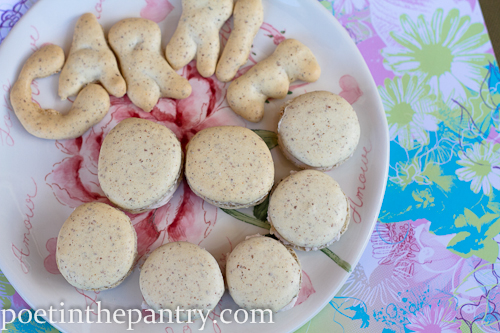 Alright, that’s a little harsh. But the point she’s trying to make in her macaron missive is a good one. We’re looking in the wrong place if we want to blame the temperature and age of the egg whites. And clearly, professional bakers manage to produce gorgeous macarons even under the worst weather conditions. What we’re trying to use as a scapegoat for our less-than-stellar macs is not the culprit after all–we are. 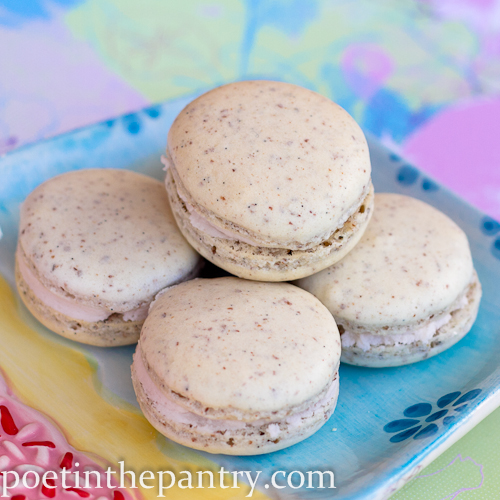 I still have a bit of a ways to go. 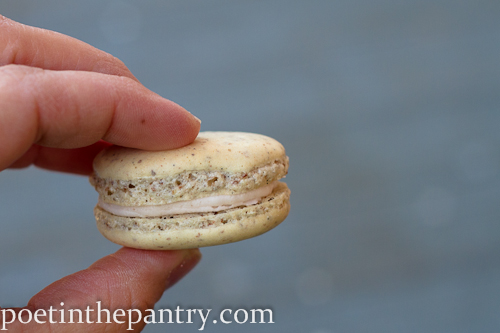 I used BraveTart’s recipe for vanilla bean macarons with some alterations. Since I already had sitting some vanilla sugar (made by processing granulated sugar with cut up vanilla beans, and then sifting out the beans after a couple weeks), I omitted the vanilla bean seeds as a separate ingredient. I was covered. I ground my own almonds–skins and all–with the powdered sugar. If you have the mini food processor from Cuisinart, it can be done, you just have to be careful. Drape a towel over the machine at first as there is a tendency for some of the powdered sugar to blow out of the tiny hole in the top. My egg whites were a mixture of room temperature, aged 2-days, whites plus 2 more from the fridge immediately before baking. Ha! What you see below, though, is where I failed in technique. 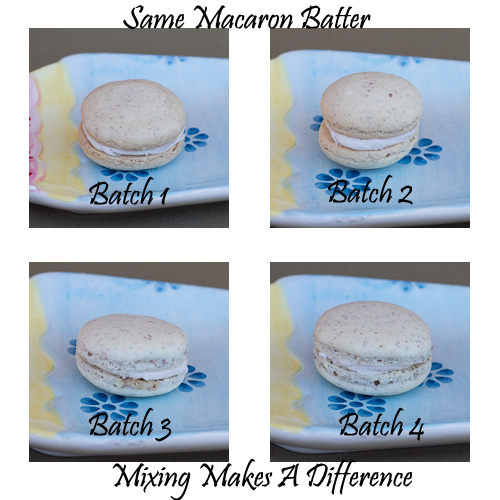 Yup. The first batch looked nothing like macarons. The second got closer–especially the last few that I made. And as we progressed along, they got more and more mac-like. Why? I under-mixed. I thought I had reached the right lava-like consistency for the batter but it was still too thick initially. When I saw what happened, I mixed it a little more before piping out the additional macs. By the 4th tray, they were actually macs–albeit a little wobbly shape-wise.

For my filling, I was in the mood for raspberry. What better than raspberry buttercream? Well, I never made raspberry buttercream before so I did have to seek out inspiration. I found it on Culinary Concoctions by Peabody. I did alter her recipe slightly, as noted below. I also made only half a batch so if you wanted to use this for a layered cake or something, you may want to double it again. 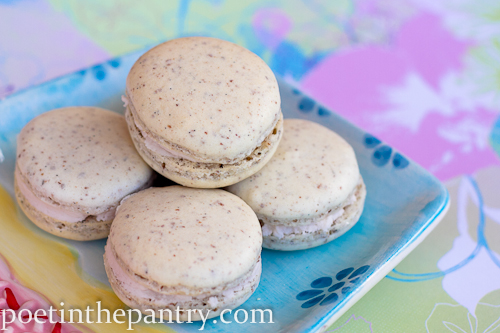 In the bowl of a stand mixer, blend together the butter and jam. It may take a little while. I wasn’t sure they would actually come together for a bit but then they did and I started to ponder mixing jam and butter as a more economical breakfast option for toast. This time, though, I added the salt and powdered sugar, 1 cup at a time, mixing until it was the consistency desired. I didn’t really measure the powdered sugar though and just kept adding until it looked right. It made a lot. I still have a ton of it in the fridge.

You can freeze buttercream for a couple months, which is probably where my leftovers will end up if I don’t just eat them with a spoon first.