As the idea for this challenge began to formulate in my addled brain, standing there in the cheese section of the grocery store late Monday night, I spied an inconspicuous short, fat container that sealed the deal: BelGioioso Tiramisu Mascarpone Cheese: A Sophisticated Dessert Cheese Made With Real Coffee. Mmmm… tiramisu. 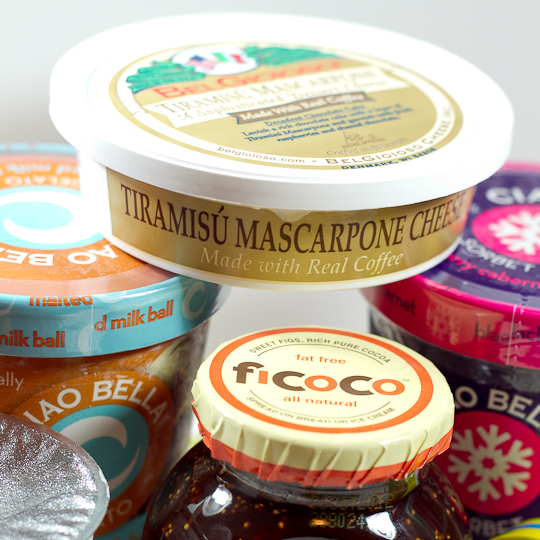 I almost never eat tiramisu, though it’s not for lack of desire. Hubby is not a fan of coffee so that means that unless I want to eat any coffee creations in their entirety, I should not make them–so I don’t. I’m a bit of a glutton, but even I have limits! Tiramisu has therefore been relegated to a special restaurant treat only very occasionally enjoyed. In fact, I don’t even recall the last time that I had it.

But tiramisu has been on my mind. A couple weeks ago, I had two friends request recipes for it and as silly as it sounds, I felt a little bit like a failure that I had no tried and true recipe to refer them to. I promised that I would try to make some soon for the sake of the blog, if nothing else, but I hadn’t gotten around to it yet. Hey! I’m a busy woman!

That’s where this lovely discovery comes in. After I put the Tiramisu Mascarpone Cheese in the grocery cart, I attempted to work out different scenarios for using it with minimal effort. On toast? No way. Graham crackers? Maybe, but I couldn’t find any I liked. Cookies? Not really. All I could justify in the end were lady fingers–how unoriginal. Still, I purchased them. 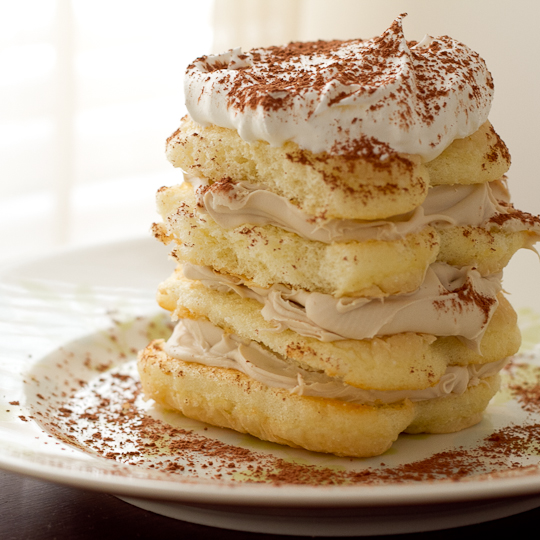 You know what? It’s really not bad. Really! It’s not the same–the lady fingers haven’t soaked up the coffee and cheese essence, obviously–but it’s a more than adequate substitute when you’re the only one in the house who enjoys that treat. I could definitely see myself whipping this together again when I have a craving that must be satisfied. What a time saver! 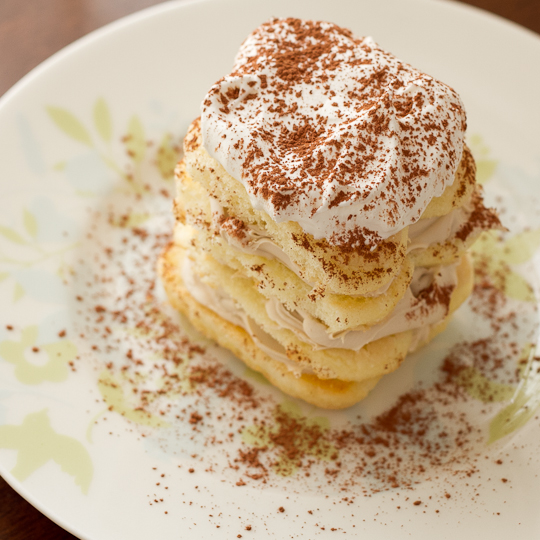 As for the cheese itself, I think I may try it on cinnamon raisin bagels next… Going to live a little!