I generally leave the weekend posts to CT Scenic–people who actually know not only what’s going on, but are well-versed enough to know whether it’s worth going to or not. For instance, they were the ones who, on Facebook, brought to my attention The Purr Project Inc.’s Fundraiser tonight: Titties for Kitties. Burlesque, anyone? (So wanted to check that out but it wasn’t in the cards for tonight!) But they generally don’t get all that excited about cover bands, so I have a couple events to add to the list for this weekend. 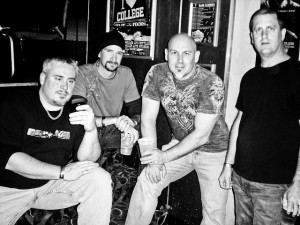 Twisted Nut at Up Or On The Rocks

Friday night, Twisted Nut will be gracing the patrons of Molly Darcy’s in Danbury with their presence. They are a modern rock cover band that specializes in the 90s, 2000s, and today. Green Day, Stone Temple Pilots, Dave Matthews Band, Foo Fighters, Nickelback, Jimmy Eat World… just to name a few. They’re a great bunch of guys, too. Worth checking out!

On Saturday night, Touch My Cousin will be performing at the Blue Plate Cafe in Plainville. These guys are so much fun! All your favorites that you don’t want to admit to… and more. Their eclectic mix is inviting and their guitar player is just plain awesome. Yeah, Derek, I’m talking about YOU! This is their last gig on the calendar right now so if you’re interested, you’ll want to go to this!!!

Shameless promotion for my friends–sure–but worth a listen!